A poster of TBS’ Search Party. Photo via TBS

Now that Thanksgiving is over and done with, we’re back to our regularly scheduled programming of losing our minds about what is happening in the country right now. If there was ever a time when America needed an entertaining distraction, it would be now.

Enter Search Party: a viciously dark and hilarious take on entitled Brooklyn millennial culture, filtered through genre of a “missing girl” mystery story. The 10 episode series was released all at once on TBS (perfect for a binge-athon, preferably while hiding under the covers somewhere). At first glance, you could be forgiven for letting the network and coterie of self-absorbed, over-privileged, white 20-somethings fool you into thinking Search Party is another iteration of GIRLS. Such an assumption could easily be bolstered by the knowledge that the show’s co-creator, Sarah-Violet Bliss, not only went to the same Brooklyn private school as Lena Dunham, but the same college as well. (Full disclosure: I also attended Oberlin in the same class as Ms. Bliss.) Not to mention the fact that Bliss and her creative partner, Charles Rogers, won the Jury Award at SXSW in 2014 for their film Fort Tilden…a mere four years after Ms. Dunham’s Tiny Furniture won Best Narrative Feature at the same festival.

But if Search Party has one takeaway, it’s this: appearances are worse than deceiving…they can be blinding. Crucial details get lost when we are too quick to try to make order out of chaos, to see connections where there is only random coincidences, or force the world to confirm our pre-existing notions, especially when it comes to the stories of self. When Dory (Alia Shawkat) becomes obsessed with the disappearance of a former college acquaintance, Chantal Witherbottom (Clare McNulty), she drags her boyfriend (John Reynolds) and two obnoxious besties (John Early and Meredith Hagner) into her own ad-hoc sleuthing operation. It’s funny, but it’s also horrifying: in naming it one of the best new shows of this year, Vulture’s Matt Zoller-Seitz described Search Party as one of the rare “TV series that could accurately be described as a satire.”

The satire doesn’t come, however, from the traditional spoofing on the detective genre…though seeing the name Michael Showalter as an executive producer might lead you to think that’s the case. (Bliss and Rogers wrote for last summer’s Wet Hot American Summer Netflix series.) Like Fort Tilden, the satire comes in the form of what Ms. Bliss calls “commentary”: the knowledge that the people writing the show don’t find their characters any more sympathetic than you will. It’s a satire of a culture, not a genre, and yet the show holds up brilliantly by playing to the strength of both constructs.

I spoke to Ms. Bliss over the phone the day after Search Party premiered.

Observer: What was the initial idea behind Search Party?

Sarah-Violet Bliss: We knew that we wanted to a TV show and were trying to figure out what that could be, because obviously there’s the other shows out there that touch on the same New York, millennial world that we explored with Fort Tilden. We also felt we wanted to keep that mind, because it was what people were expecting from us. It was something that we’d figured out, what we liked commenting on that culture. It took us a little while to figure out exactly what show were going to make, and it wasn’t until we paired up with Michael Showalter and Jax Media that we discussed the concept of setting a murder-mystery genre element onto the world. It came up, and Charles and I were like, ‘Yes, we want to do that so badly.’

This was right when Serial was coming out, and The Jinx. It has always been a genre I loved. Manhattan Murder Mystery was one of my favorite movies. That was the origin of this story, and we got really excited. It was really fun to blend the two worlds together and place people who have no business solving a crime into that scenario.

As we were pitching it to people, we’d say it was “Like it’d be like if the girls from Fort Tilden were trying to solve a crime.” Come on…they can’t even get to the beach!

Likability is such a weird trigger word when talking about millennial characters, especially female millennial characters, in pop culture today. And of course, we don’t have to like the gang in Search Party to enjoy the show…part of the humor comes from, like you said, the commentary the show makes on their total lack of self-awareness and narcissism.

I think that we do really like the characters. In Search Party probably more so…we’re a little more forgiving of them than in Fort Tilden. Even though their flaws are so on the forefront, we do always have love for them. I think we have a lot of friends like them who’ll say something at brunch, that if you step away from not knowing everything about them and why they can be a good person, they sound terrible.

That’s why one of my favorite activities in Williamsburg is “eavesdropping on awful hipsters having a meal.”

Right? Particularly when you’re with your best friends, you’re not acting like your most kind self. You’re allowed to be selfish and you say things that you wouldn’t say to other people. There’s something that’s interesting to me about those people who want to be doing something good, but they don’t really know what for, or how they want to be presented to the world, or what is truly driving them. It’s hard to navigate your 20s and what your impact on the world is going to be. You’re very concerned with what people will think of you.

This show might be the best respite from election drama so far. But since the political climate right now seems like such a direct rebuke against at least the perception of college-educated elitism, especially those in the millennial generation, did that factor into how you approached writing the show at all?

Obviously, because we did it before the election, it’s not quite as pointed as it would have been, had I known what I know now. I probably would have wanted to include more of that element in the show, but weirdly there’s some kind of mild, not-as-direct commentary. There’s a scene in episode two where Dory gets frustrated at a police officer who isn’t taking her seriously, and she says “I guess I’ll let you get back to shooting black teens, because that’s obviously all you do.”

And then she follows up with “Sorry, I didn’t mean it…obviously you just work behind a desk.” It’s a such fucked-up, perfect response. 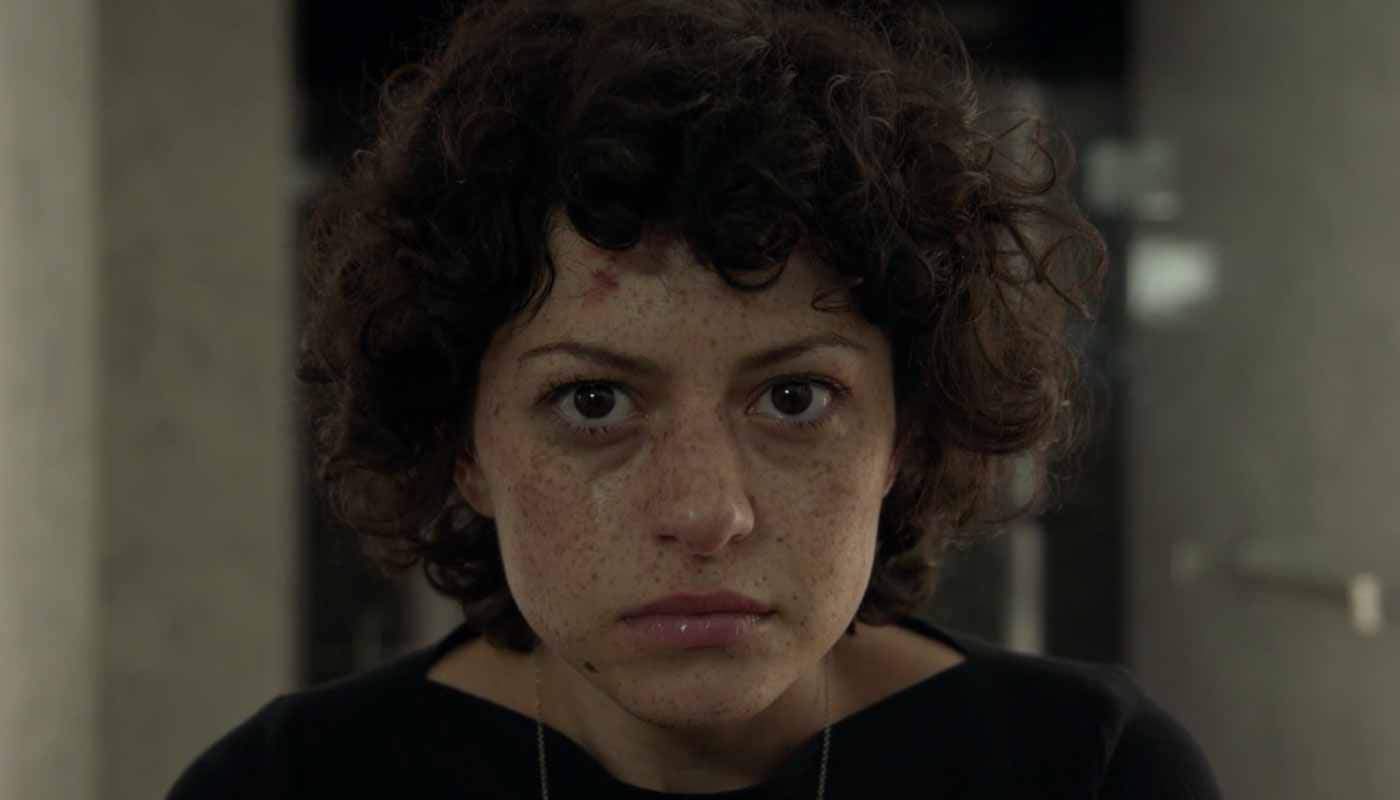 So, we both went to Oberlin, along with Lena Dunham and Ben Sinclair (High Maintenance.) It’s crazy there’s so much talent in TV right now who graduated around that time, because I’m pretty sure we didn’t even technically HAVE a film department until maybe our final year.

You might not remember this, but you were actually IN the one film class at Oberlin that I took. There was not one valuable assignment that came out of that, in my opinion. But I do remember that was the class where I learned how to edit, and I had one of those, ‘Oh, this is cool’ moments’ and even though that class wasn’t narrative filmmaking – it was like…do whatever you want– I started to realize that it could be a tool. In terms of why the Oberlin students are doing well in film and TV, I guess the only through-line I can think of is how all of us walked away with a real sense of commentary. None of our shows are Modern Family or anything like that. They’re more challenging.

I’m just now remembering that one of your short films had a lot of blood. Like, blood everywhere.

Oh, god. You’re right. I’m not sure what I was commenting on with that.

I think your article should just be about how bad that film class was.

Search Party‘s entire season is now available for streaming on demand on TBS. 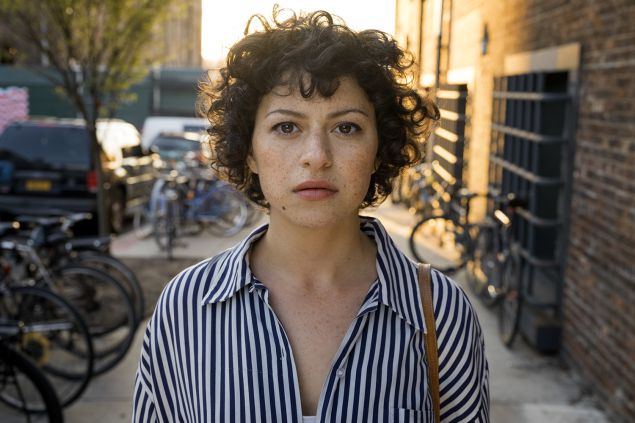