When does she sleep? Despite her talent and fearlessness, Naomi Watts makes more movies than anybody in show business. She’s the female Ethan Hawke. A lunk-headed, badly written, indifferently acted, woodenly directed heap of spook-movie clichés called Shut In is her latest and worst. There were no screenings for critics, which is almost always a sure sign that you’ve got a bomb on your hands. Now that I’ve seen it, I know why.

It begins with a harrowing head-on collision when Watts, a clinical psychologist named Dr. Mary Portman loses her husband and gets stuck with the lifelong responsibility to taking care of the only survivor, a mentally unstable 18-year-old stepson named Stephen, played by hapless newcomer Charlie Heaton, whose agent is probably erasing Shut In from his client’s résumé as we speak. For some reason that only freshman screenwriter Christina Hodson and British TV director Farren Blackburn know, the good doctor is holed up in a remote mansion in Maine without a servant, devoting every moment of her lonely life to bathing, feeding and massaging her strapping young ward. Her only contact with the outside world is her own therapist (Oliver Platt), who counsels her online from the computer screen. When she starts hearing noises in the walls and under the floor and mysterious scratches appear on Stephen’s face, she suspects the ghost of a missing deaf boy she once treated who disappeared and was given up for dead. Her bewildered shrink suggests she’s suffering from something called “sleep parasomnia,” whatever that is, but as she grows more stressed with terror, a whale of a blizzard plunges the house into darkness and renders the roads too unpassable to make a run for sleeping pills.

Then what is meant as a plot twist is dropped into the weather report: The missing child (Jacob Tremblay, the moppet who made a big impact in Room) is not only inside the house, but he and the doctor both find themselves held hostage by the 18-year-old Stephen, who is not only not a paralyzed invalid but a hopped up, oversexed quasi-hunk who longs to share his hospital bed with his stepmother and return her love for real. (Must have been all those semi-nude alcohol rubs.) The rest of the movie shows everyone fighting to stay alive while they are chased through the shadows by a hammer-waving maniac. There isn’t one genuine thrill in the whole thing. I’ve had bigger scares from my goldfish bowl.

We’ve seen it all before in dozens of low-budget slasher movies. This one just has a better cast—dismally wasted and left to seek better employment elsewhere. 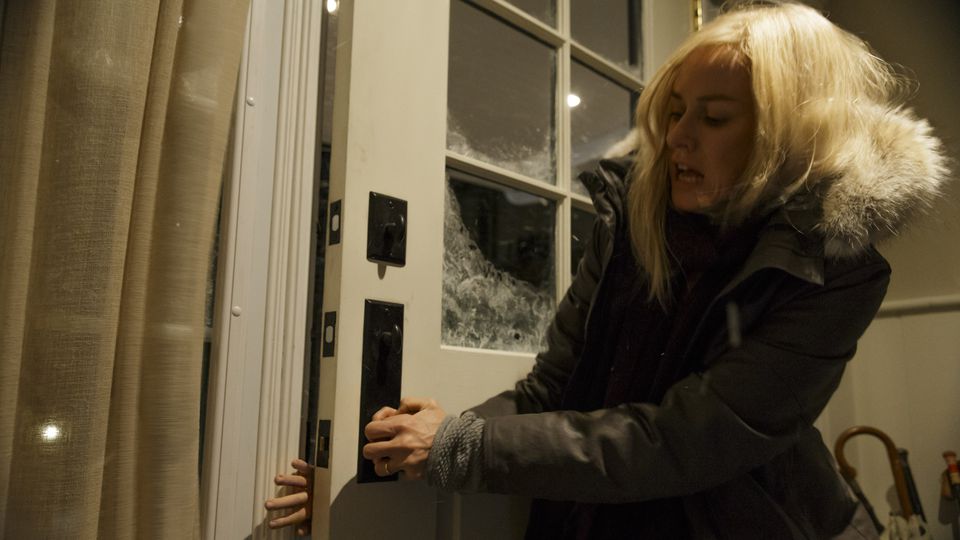