On this #MakerMonday, we salute #fashion #artisans like @fredandco1745. Who should we feature next? Comment below and #follow us! #shopethically #ethicalfashion #artisan #maker #frederickmd #maryland #seebeyondthetag

“If I were to say that a garment is made of 50 percent organic cotton, that’s wonderful, but that doesn’t tell me whether it was produced responsibly. That’s not telling the full story,” said Kate Nolan Bryden, COO and Co-founder of Povigy. She was in New York recently to pitch her startup, which aims to solve the problem of “greenwashing” in the fashion industry: ambiguous claims that lack evidence or verification of being green, socially responsible, or sustainable.

You might have noticed that sustainability is gaining traction in mainstream fashion, and not just with trailblazers like Reformation, big luxury brands like Gucci are now also embracing the movement. Throwing the terms green and ethical around without tangible evidence can lead to consumer fatigue and disillusionment about a worthy cause; the claim doesn’t mean anything without having a standard with which to assess it. Instead, these phrases are often used simply as a marketing tool to attract consumers who are interested in purchasing responsibly.

There isn’t a universally accepted standard for certifying the sustainability of clothing, the way LEED certification does for real estate, or Certified Organic does for food. Other initiatives that make socially conscious claims have experienced the same problem, like the well-known “pinkwashing” that has tainted Breast Cancer Awareness fundraising. A few individual efforts have been made to standardize key aspects to producing and distributing responsible fashion, like the shopping site Nineteenth Amendment, but Povigy, a name inspired by the word for “empower” in Esperanto, aims to educate consumers on who made their garments and how, via their third-party registration model.

The representative then creates a Sustainable Apparel Record after visiting the locations involved in the supply chain. The accuracy of the information, and that manufacturing facilities meet their standards, is verified by another representative. By scanning a QR code on the garment’s label or tag, shoppers can immediately access rankings, from a scale of Registered to Exemplary. They can also view photos and videos of the production process and read the story of how their garment is made, in Povigy’s app.

Because samples of fabric are collected during the evaluation process, authentic products can be verified by customers through the Povigy tag or QR code, helping the fight against knockoff goods.

Currently, the startup has partnered with brands that focus on artisanal products like Worthy Village, which brings products to market from artisans in Guatemala. They’ve also partnered with a few US-based brands, Fred&Co, which is based in Maryland.

Let us introduce you to artisans across the world – like Rosario Ogpan Perez – who make your favorite garments. Find Rosario's work through @worthyvillage

Sock Club is also an example of someone they’d be interested in working with, according to Bryden. Their price point is only 99 cents higher than competitors, but the value of their socially responsible brand isn’t immediately visible. Oscar de la Renta, a high end New York brand that owns and controls all of its factories, could benefit from having their manufacturing story available to shoppers at the point of sale. Povigy would connect Oscar’s consumers back to the brand’s roots, and shows the time and care that goes into each piece.

Povigy hopes to register products not just within the eco-brand and luxury markets, but also mid-market. “We want to affect the way purchasing is done on a global scale,” Bryden told the Observer. The concept has the potential to create an environment of transparency in the industry, fostering brand loyalty, and widespread better business practices. Despite all that, Povigy isn’t in the business of exposing. “We’re not out to play the ‘gotcha game,’ we’re not out to shame anybody, but rather encourage better practices in the industry. Positive highlighting is where we’re coming from.”

Update: Pending app store verifications, launch has been pushed from November 2016 to early 2017. 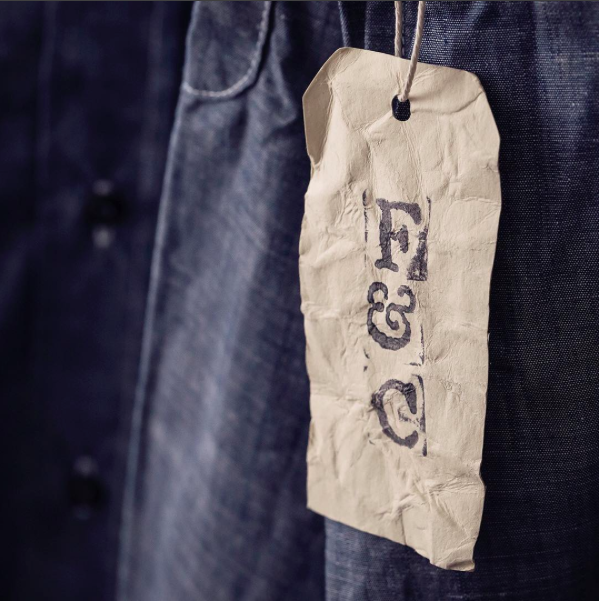