As expected, South Jersey Democrats went and did their level best this morning to stick a fork in a 2017 Democratic Primary for Governor, issuing a signed-by-all statement of support for former Goldman Sachs executive Phil Murphy.

Forget about primaries down there;.

In a statement issued this morning, “Murphy and the region’s Democratic leaders have agreed to run together with all candidates endorsed by the county party organizations for State Senate, General Assembly, and county Row Offices and Boards of Freeholders. Their names will appear in the Regular Democratic Organization column in each of the seven southern New Jersey counties.

“In endorsing Murphy, the region’s Democratic county chairs, State Senate and General Assembly candidates praised his plans to grow the state’s economy by investing in infrastructure and innovative business, fully funding public schools to relieve pressure on local taxpayers, and to make college more affordable. They said he would be a champion of middle- and working-class residents whose financial hardships require a governor who understands those concerns and has the fresh, bold ideas needed to resolve them.”

The chairs who affixed their support to Murphy are listed below:

“Our next governor must be someone with new ideas for moving our economy ahead and making the state a better place to call home. After meeting with Ambassador and talking about our shared middle-class values, we are proud to give him our support.

“We are all concerned about the political hostility and divisive rhetoric so common in our nation and here in our state. We believe that Phil has the temperament and desire to help bridge those divides and bring competence and civility to Trenton. It’s time for us to come together to focus on rejuvenating our economy, creating good jobs at livable wages, and ensuring that every child can receive a world-class education from kindergarten through college.

“To accomplish these goals, we need a governor who shares New Jersey’s values and who will work in partnership with us to make them a reality. Phil Murphy will be that partner — and he will be that governor. He is the only candidate with the ability to bring people together for the common good.

“Especially now, faced with the uncertainties of a Donald Trump presidency, we need a governor with the strength and commitment to stand up for New Jersey, a governor who will guide our state with a strong but fair hand. As Democrats, but more importantly as citizens of America, our road back begins right here in New Jersey in 2017.

“Over the coming months, we look forward to joining with Phil as he meets with the residents of South Jersey and listens to their concerns. And we look forward to working with him to confront the serious challenges facing our state.” 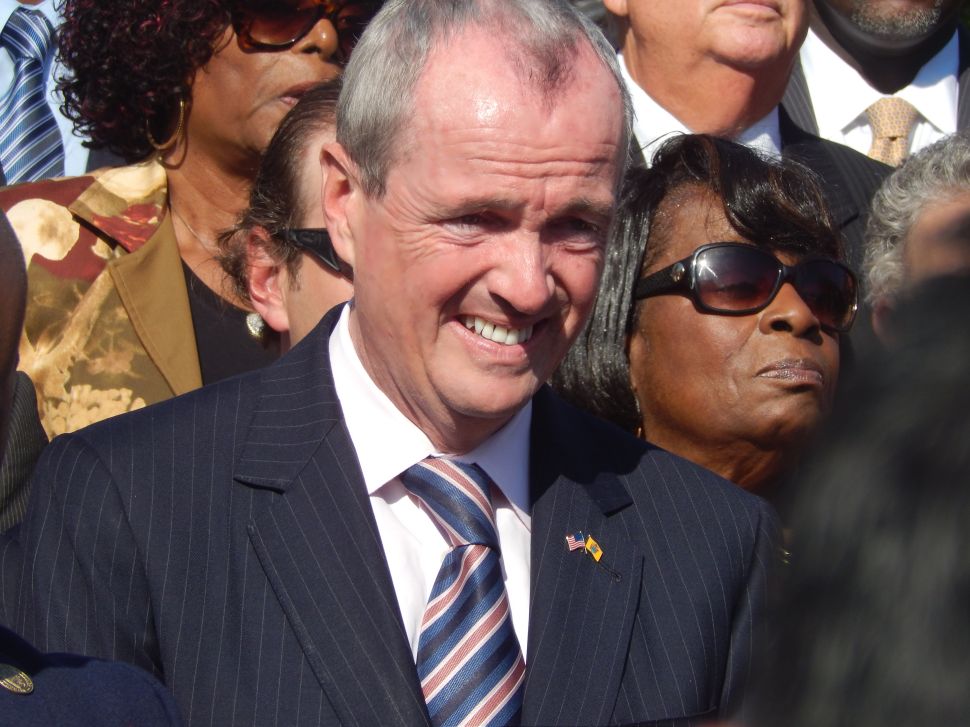