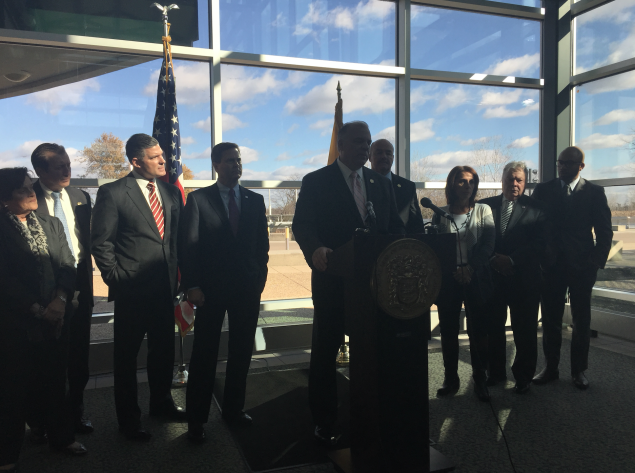 A clutch of southern Democrats praised Governor Chris Christie for his decision not to end a tax agreement between New Jersey and Pennsylvania. JT Aregood for Observer

WEST DEPTFORD — Following New Jersey Governor Chris Christie’s reversal on a plan to end tax reciprocity between the state and neighboring Pennsylvania, South Jersey Democrats praised the decision Tuesday in one of the southern communities that would have been hit the hardest by the change. Ending the agreement would have forced residents of both states who live in one and work in the other pay income taxes in both.

Christie had announced his intention to end the agreement in September, at the height of the legislative standoff over funding the Transportation Trust Fund. Sweeney credited compromises from labor for the outcome this week.

“This really was a team effort. Organized labor was supporting changes to the pharmaceutical plan that will reduce costs and save $200 million. The administration recognizes the savings,” Sweeney said, adding that it may not be possible to permanently mandate the policy with legislation. “It’s a bi-state authority so I have to find out if it’s even legal to do that.”

Debra P. DiLorenzo, president & CEO of the Chamber of Commerce Southern New Jersey, thanked Sweeney and Greenwald personally when she called Christie’s change of heart a significant economic gain for the state’s less populous South, where many residents commute into Philadelphia.

“Over its 40-year existence, the reciprocal income tax agreement has become a vital part of many companies’ strategies to attract and retain the right workforce, while effectively increasing the number of jobs in New Jersey. The CCSNJ has consistently argued that changing the rules of taxation after four decades would force employers to take action in order to protect current employees and remain attractive to future employees.”

“Ending the agreement might bring $180 million in annual revenue, according to the state’s former treasurer – and New Jersey can certainly use every dollar of revenue it can get,” he wrote. “But state finances must also be viewed with fairness in mind, and on that front there are plenty of fairer ways to raise revenues – particularly when New Jerseyans at the bottom and in the middle already pay the highest share of their incomes to state and local taxes.” 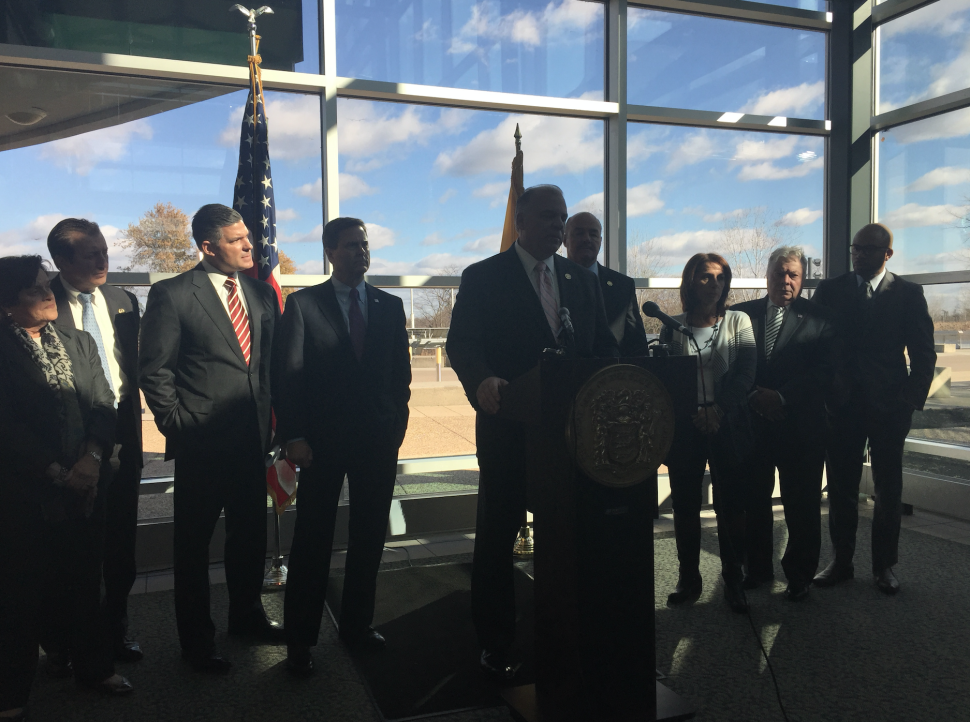