Over the past several weeks, the lawyers who filed a class action lawsuit in federal court against the Democratic National Committee (DNC) and former chair Debbie Wasserman Schultz for rigging the primaries have awaited a ruling on the DNC lawyers’ motion to dismiss the suit. But Bernie Sanders supporters’ claim that the DNC and Wasserman Schultz violated their charter and undermined democracy to ensure Hillary Clinton’s coronation was only strengthened after Clinton lost to one of the most unpopular presidential candidates in recent history.

The narrative propagated by the DNC, Wasserman Schultz and the mainstream media that Democrats were completely united behind Clinton turned out to be a myth. Based on exit polls, 9 percent of Democrats voted for Trump. Thousands of Sanders supporters wrote their man in as their choice for president. In Vermont, Sanders placed third as a write-in candidate, with over 18,000 voters. Though the write-ins for Sanders and votes for Green Party candidate Jill Stein didn’t add up to enough to sway the election for Clinton, voter turnout in counties and swing states previously won by Barack Obama are a result of the overconfidence and hubris of the Clinton campaign, who assumed that it was “her turn.”

The class action lawsuit against Wasserman Schultz and the DNC presents an opportunity for Sanders supporters to receive vindication and recognition that their candidate’s path to the nomination was subverted in favor of the Democratic Party establishment’s preferred candidate.

The data strongly suggests Sanders would have won in a general election against Trump, as his economic populism rivaled Trump’s. Meanwhile Clinton’s focus on donors and establishment support backfired in states where resentment toward the status quo has increased under Obama’s presidency. Millennials, which Obama depended upon to turn out and vote for him in 2008 and 2012, didn’t show up for Clinton at the polls. They were Sanders’ strongest demographic of supporters. And Sanders’ grassroots campaign and core of volunteers on the ground could have challenged the regions Clinton lost due to a combination of overconfidence and negligence (according to her own staff). Obama won these place due to a similar grassroots campaign effort.

Clinton embraced the reality TV qualities of Trump’s campaign, such as the feud between Mark Cuban and Trump. Trump was a billionaire, so she would get her own who backed her—and hated Trump. Turns out that Cuban-Trump feud was inauthentic, as Cuban was recently seen meeting with Trump’s Chief Strategist Stephen Bannon. The focus on Trump’s squabbles and crazy speeches lessened the critical eye on Clinton; Sanders would have tried to steer focus towards the important issues.

After Clinton partisans denigrated Sanders for being “ridiculous” for refusing to fall in line behind Clinton, and asserting the primaries were rigged, Clinton supporters are now pushing for a movement to audit the election results in three swing states. Sanders supporters have actual evidence to corroborate their claims. The New York Times’ Nate Cohn has debunked many of the arguments driving the Clinton supporters’ claims that the general election results don’t add up.

WikiLeaks emails revealed Wasserman Schultz used her position to develop the DNC into an extension of the Clinton campaign, while staff worked behind the scenes to attack Sanders. Emails from Clinton campaign chair John Podesta revealed they had a say in DNC staff decision-making, helped plan the Democratic National Convention, and developed strategies for the DNC to implement for the sole benefit of Clinton. DNC interim chair Donna Brazile was exposed as having helped the Clinton campaign cheat before CNN debates.

Documents released by hacker Guccifer 2.0 revealed that Clinton was referred to as the nominee, and her victory was treated as a certainty in DNC documents before the primaries even began. The DNC and Wasserman Schultz, obligated to neutrality per the DNC charter, violated that neutrality, acting as a performance-enhancing drug that boosted Clinton’s candidacy in the primaries. Whether Clinton would have won anyway can only be speculated, but the evidence that democracy was subverted in order to help Clinton beat Sanders is overwhelming. 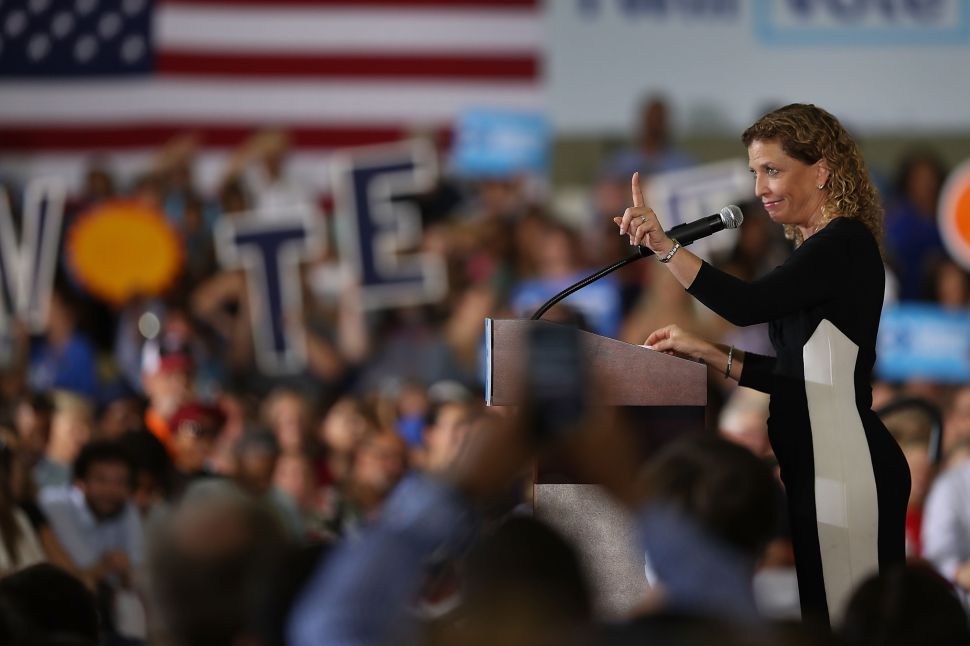