It’s been nearly 50 years since Status Quo burst onto the UK rock scene, and despite their lifestyle they’ve shown little sign of slowing down. As they set off on their last ever electric tour, frontman and co-founder Francis Rossi reflects on the band’s incredible success.

In the US, Status Quo is one of those British bands best known for not having made it in the US. Their late 60s psychedelic jam “Pictures of Matchstick Men” reached No. 12 on the charts here and that’s it. But in the U.K., they had a staggering 22 top 10 hits. And they moved the needle on the cool factor by being name-checked in Teenage Fanclub’s gem, “The Concept.” (“She wears denim wherever she goes / Says she’s gonna get some records by the Status Quo—oh, yeah.” So good.)

As one of the founding members of one of Britain’s most long-lived and successful rock bands, you could almost forgive guitarist-singer Francis Rossi for having a ready-made, cliché-filled answer to why his band are still filling arenas after nearly half a century together. But even Rossi—who clearly has no issue with speaking his mind—is a little bit stumped when it comes to secrets of the band’s longevity.

“Sheer luck? I really don’t know,” the 67-year-old guitarist and vocalist admits. “I always thought Status Quo, even in the ’60s, was the band least likely to make it and if they did, least likely to maintain it. Now I’m 67, we’re still selling out, still doing tours—I don’t understand it. I analyze most things, but I try not to analyze that. Or mess with it.”

Lucky or not, the fact remains that as the band with a record-breaking amount of U.K. chart singles—more than Queen or The Rolling Stones—Status Quo’s unique brand of anthemic, guitar-driven rock ‘n’ roll has captured the attention of legions
of devoted fans over the years. As 2016 draws to a close, however, it brings with it The Last Night of the Electrics tour—and the retirement of the Quo’s energetic electric live show after all these years.

‘One of the worst things that happens with music is people want to outline their own image and who they are with the music they like…it’s just music.’

“The better the show, the worse you feel the following morning,” says Rossi. “So I wanted to stop and retire. I’m not sure Rick wanted to at that point, but obviously we were aware that Rick has been in the danger zone for some time, and as he’s said, now is the payback for all the wild times.”

Those “wild times” during the Quo’s most fruitful years garnered both Rossi and his bandmate Rick Parfitt a reputation for
hedonism befitting of the stereotypical ideal of the ‘rock ‘n’ roll lifestyle.’ For Rossi, however, this is nothing more than “the myth of show-business,” and he’s all too happy to reveal the truth behind the supposed glitz and glamour.

“It’s not as fabulous as it looks from the front—it’s supposed to look fabulous from the front,” he says. “We should never have been indulged but we have been. When they tell you Zeppelin, or the Who or Quo wrecked a hotel room—what’s so clever about that? You sign a cheque in the morning, what’s rock ‘n roll about that?”

Another myth Rossi is keen to dispel is the stereotype of Status Quo’s use of only three chords that has wormed its way into musical folklore. It might be, as Rossi says, “a great line,” but the frontman thinks it’s just another way in which music is being overcomplicated and overanalyzed.

“That whole thing about three chords, there’s not much music that isn’t three chords,” he says. “You get chord tricks that happen in decades, and that strange thing with everyone wanting something new. What for? I just want something great.”

“I want something that does something to me,” he continues. “Whether or not it sounds like, feels like, it’s great. One of the worst things that happens with music is people want to outline their own image and who they are with the music they like…it’s just music. If you want to intellectualize and become elitist about music, but it’s still music. I don’t care what genre it is, it’s a whole bunch of notes that are jiggled around again.”

Though much has been made of Rossi’s supposed fractious relationship with Parfitt—“our relationship is ‘ish,’ I think,” he says and laughs—the success of the band’s latest Aquostic albums have shown that the public appetite for the Quo remains large.

Yet when it comes down to it, the biggest surprise for Rossi and his generation of rockers isn’t that they’re still selling out arena tours, but rather that he’s still around to make music in the first place.

“I saw Phil Collins the other night—I’ve known him somewhat for some time and, like everybody, I was quite shocked that he’s in that condition,” he concludes. “But he’s out there saying this is what he does, and I like the way he’s named his tour Not Dead Yet Live—that’s very good. Most of our generation can’t believe it. We’re still alive, how did that happen?”

STATUS QUO’S LAST NIGHT OF THE ELECTRICS TOUR IS SET TO RUN DECEMBER 2-23. TICKETS CAN BE FOUND HERE. 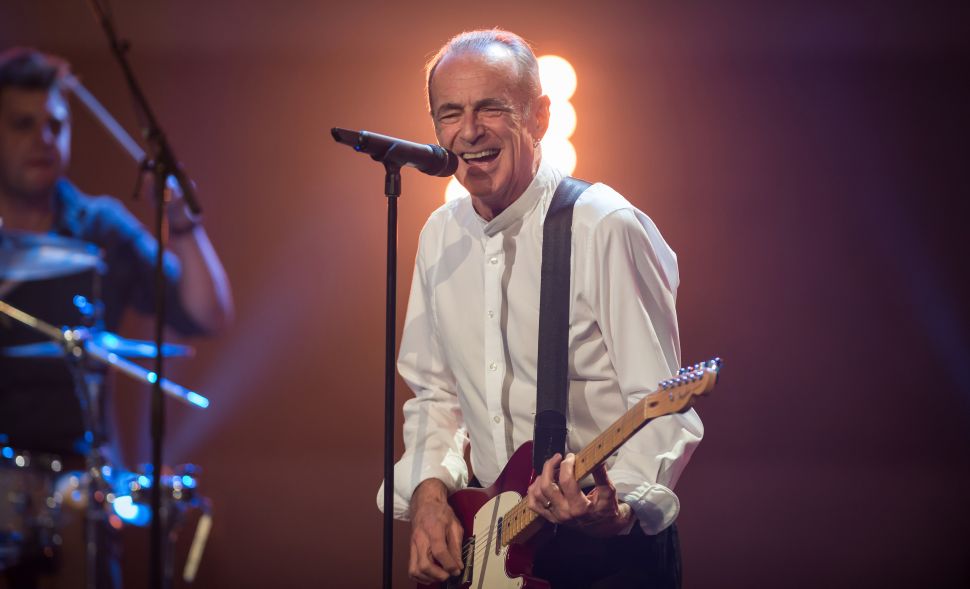