The public doesn’t know Steve Bannon. The counsel he provides President-elect Trump is private, and his writings and public statements are limited. But we are certain of one thing: He is not a “Nazi”—as he was slandered by former Gov. Howard Dean on a Canadian interview show yesterday.

“Nazi” is not a synonym for “disagreeable fellow.” Seventy years after the vanquishing of a discredited and sick ideology, it’s understandable that the word has entered the vernacular—calling the dour proprietor of a lunch place a “soup nazi” is not just understandable, it’s funny. But to use “nazi” cavalierly in order to smear political rivals one disagrees with is not just irresponsible, it is dangerous. That is because it cheapens the memory of horrific acts and distracts us from evil people truly intending to do bad things.

It is not a word to be trotted out in order to snare a headline or elicit a tweet. Nazism means something truly horrific. It was the basis for the most murderous totalitarian regime ever to darken the earth. It was an ideology and a tool, the basis for elimination of political opponents, religions and races. Forced labor camps, concentration camps, death camps.

To use the word to damage a political opponent cheapens its memory and meaning. We must not forget what it meant and what was done in its name.

To be sure, there are dangerous people in America—and elsewhere—who espouse Nazi ideology, who thrive on the hate inherent in its message. We are particularly troubled by this reprehensible character Richard Spencer. Spencer is an actual white supremacist who delivered the keynote speech in Washington this week at an annual gathering of the National Policy Institute, which attracted more that 200 people, some of whom were happy to be photographed giving the stiff-armed Nazi salute. Spencer quoted Nazi propaganda in the original German—he calls the media “Lügenpresse,” a phrase meaning “lying newspaper” that was widely used by the Nazis to attack the media (before they took it over entirely)—and sought and received enthusiastic “Heil” chants from an appreciative crowd.

Such is the nature of free speech in a democracy. But we must be vigilant to distinguish speech from action—encouraging the former and preventing the latter.

As for Howard Dean, he should know better. He is a smart man with extensive political experience. But he is in a political battle to recover his position as chairman of the Democratic National Committee, and he is in a tight race, being attacked from the left by Rep. Keith Ellison. That is no excuse to engage in sloppy thinking or desperate actions.

Perhaps sensing that he had waded into troubling waters, Dean discussed the word itself and his application of it to Bannon, who happens to be a zealous Zionist whose big crime so far seems to be that he ran a website that published a wide variety of opinion (if that’s the standard, the Observer is also in trouble). Dean said, “It’s a big word, and I don’t usually use it unless somebody’s really anti-Semitic, really misogynistic, really anti-black.”

Trotting out campus buzzwords designed to curry favor with the left is to be expected by someone campaigning to lead the Democratic Party out of its abyss. But we must never lose sight of the stakes here. Mel Gibson, Louis Farrakhan, Archie Bunker—those guys are “anti-Semitic.” Nazis murdered 6 million Jews in a display of evil that’s never been equaled. Our leaders ought not cheapen their memories by carelessly applying the label. 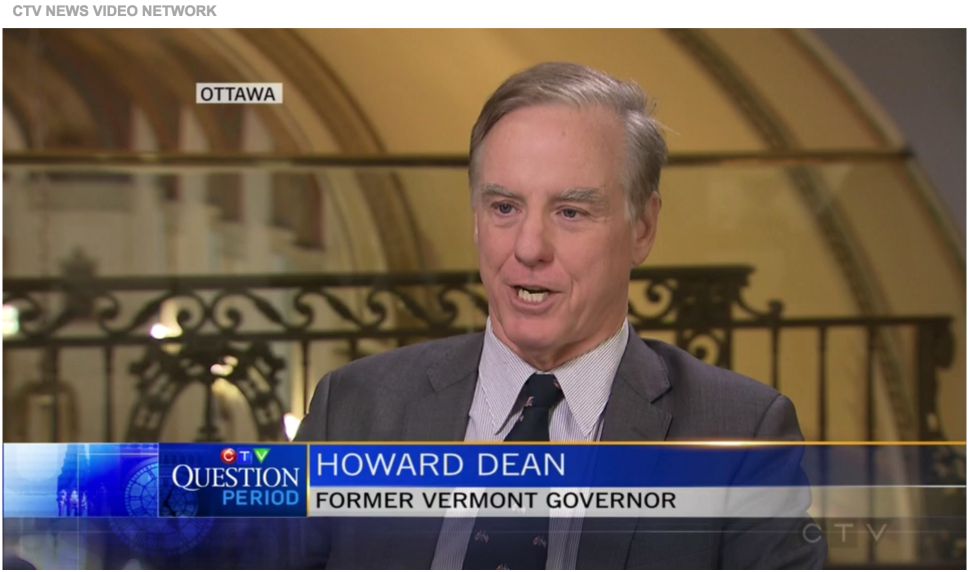