I’m considering this episode to be this season’s sophomore slump. It’s a filler, mostly exposition. We learn a bit more about Mon-El, and M’gann (the other last Martian) and get to see some of Maggie and Alex’s relationship develop a bit without any of it leading to a cohesive storyline or satisfying plot.

Here’s what we know about Mon-El: he was a place guard for the royal family on Daxam and was sent to safety in a Kryptonian escape pod in the place of the prince (“the frat boy of the universe,” according to Kara). I hope we get to see him again, because my fan fiction about he and Mon-El being gay lovers is going to take over the Internet.

I wish we spent the whole episode with Mon-El. The flashback to the destruction of his home planet was interesting, but even that didn’t compare to how fun it was to see him banter and flirt with Winn, who has been assigned to test his powers and keep him the DEO. Always the easy target, Winn is convinced to let Mon-El out and the two of them go to a bar where Mon-El wins an arm wrestle a little too forcefully snd gets them kicked out. Did I say I wanted the entire episode about Mon-El? I want an entire show, where he and Winn are roommates and Winn has to teach him words like “awesome” and “babe” and be each other’s wingmen.

As for everyone’s other favorite almost-couple, police detective Maggie Sawyer and Alex go undercover and find an alien fight club run by a slinky rich woman who goes by “Roulette” and who looks like the assistant to the villain in The Incredibles.

Some of the aliens are fighting for money. Some, we learn, are kidnapped and forced to fight. “Michael Vick made a big mistake: people don’t care what happens to aliens,” Roulette says. It feels a bit over the top with the rich people in 50 Shades of Grey masks and the Invisible Man undertones.

The big surprise is M’gann, the Martian that J’onn found working in a bar, is one of the fighters, going by Miss Martian. She had been acting distinct and sketchy for someone who should have been ecstatic to meet a member of her race that she thought was extinct. She wouldn’t mind meld with J’onn, a Martian practice that would allow them to share thoughts, and J’onn assumes it was because she was ashamed of the fight clubbing.

When she’s not learning journalism 101 from Snapper, Kara is back at the DEO trying to get over her subconscious prejudice of Daxomites and learn how to be friends with Mon-El.

He catches her at an intimate moment: Kara talking to the interface version of her mother. (Is it just me or does that feel a little Black Mirror? Domhnall Gleeson was supposed to teach us not to hang around with AI versions of our loved ones.) Kara decides that she wants to help mentor Mon-El, and teach him about how to exist on earth the way she was supposed to for baby Kal-El but never got the chance. Not to get ahead of myself, but I’m already shipping Mon-El and Kara. Couple name: Karamon. Monara?

M’gann betrays J’onn, allowing Roulette to trap him and pit the two aliens against each other to fight to the death, to fight for the title of being the last living Green Martian.

When J’onn convinced M’gann that she doesn’t have to fight, that she doesn’t need to feel guilty for surviving, Roulette releases the angry monster alien just to make sure her rich paying customers get their money’s worth.

Kara calls in a favor from Lena Luthor to get the address to the fight club (it appears all rich, hot people get invited to them) and saves the day using a tip she got from Mon-El about the alien monster having a weak spot in its knee.

Roulette runs, defended by some of her alien fighters and Kara has to give one of her patented “hope not fear” speeches—we shouldn’t be fighting each other, we need to unite—and it works! Even though Maggie arrests Roulette, Roulette has powerful friends and apparently that is enough to mean she has to be released.

The episode ends on three bummers:

Bummer 1: Maggie has a girlfriend! Poor Alex. All of that flirting for naught. Guess we’re going to have to wait before our favorite relationship becomes cannon.

Bummer 2: While Kara is learning all about journalistic integrity, she uses Supergirl for a quoted source. Sure, it’s a fun way to tie up the episode, but come on! Conflict of interest.

Bummer 3 (the real bummer twist): M’gann isn’t actually a Green Martian. She’s a White Martian, one of the war tribe that killed J’onn’s people. Cue the sinister music and the cliffhanger for next week. 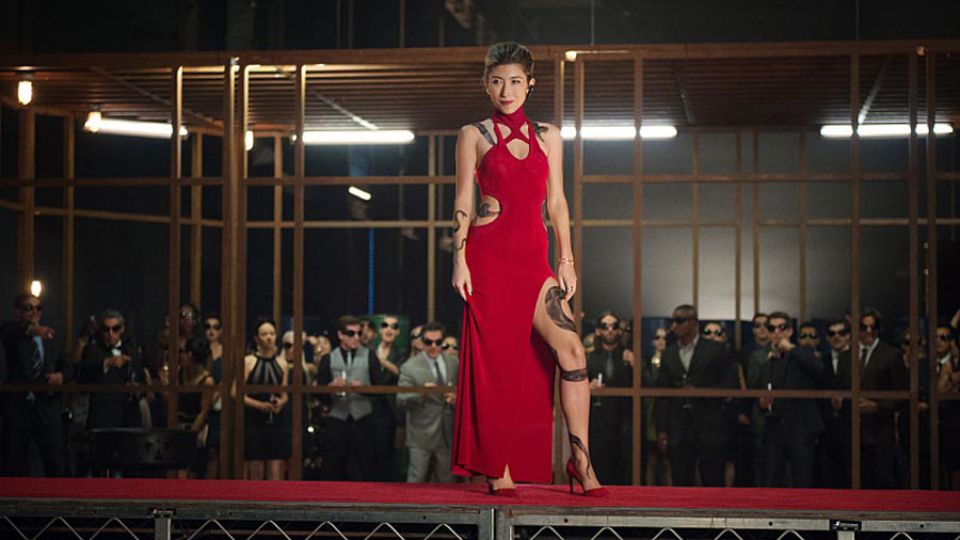