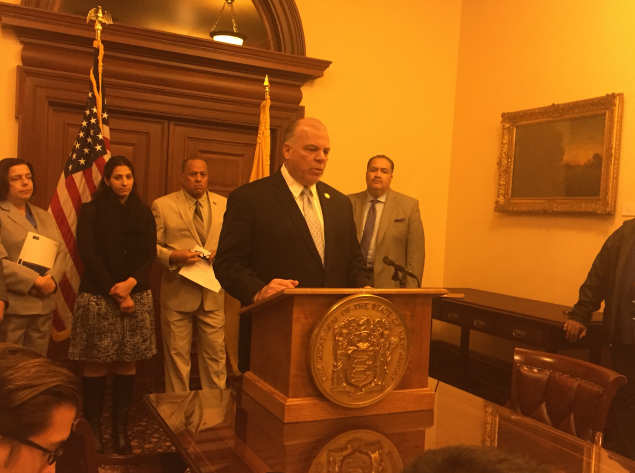 Sweeney at Monday’s press conference, where he announced a new bill to supplement bail reform in New Jersey. JT Aregood

TRENTON — Changes to New Jersey’s bail process will be accompanied by the potential appointment of 20 additional judges in the state in an effort to cut down on the number of prisoners serving time simply for being unable to afford bail. Senate President Steve Sweeney said in a State House press conference Monday that he believes he will have the support of Republican governor Chris Christie and his Assembly counterpart Vince Prieto.

If approved by Christie and both houses, the judges would be tasked with deciding which defendants are safe to release without bail. Staring January 1, the state will make a defendant’s likely risk to the public the deciding factor in whether they stay in jail before trial. That change would replace the requirement to post cash bail.

Calling the change a civil rights issue for the state’s poorest defendants, Sweeney pointed to the outsize impact just a few days in lockup can have for residents facing loss of employment and income. The average inmate without the ability to pay serves 10 months in jail, according to a 2013 study by Lumosity in partnership with the Drug Policy Alliance of New Jersey.

Though the judicial hires will cost the state $9.3 million, Sweeney argued that the change would save the state and counties by reducing the imprisoned poulation by as much as a third.

“The new practices will no longer keep non-violent offenders in jail just because they can’t afford to post bail and the Constitutional amendment will allow courts to keep dangerous defendants behind bars if they pose a threat to the community or to others,” Sweeney said. “Additional judges will make the reforms work and will improve the state court system.”

Judge Glenn A. Grant, acting administrative director of the courts, joined Sweeney Monday and said that in conjunction with improvements in processing time, the state’s prison population stands to shrink dramatically.

“Court reforms and speedy trial reform represent a historic shift in the way our courts administer justice,” said Grant. “We support the idea of additional judges to assist in helping the criminal justice system to meet the time constraints of the speedy trial initiative.”

Three quarters of those awaiting trial in New Jersey are black or latino.

“We cannot and must not return to the unfair and discriminatory system of the past,” said NAACP-NJ President Richard Smith. “The NAACP unequivocally supports bail reform as one of our signature victories in New Jersey.  We can’t allow any backtracking before the reforms are given the opportunity to work.” 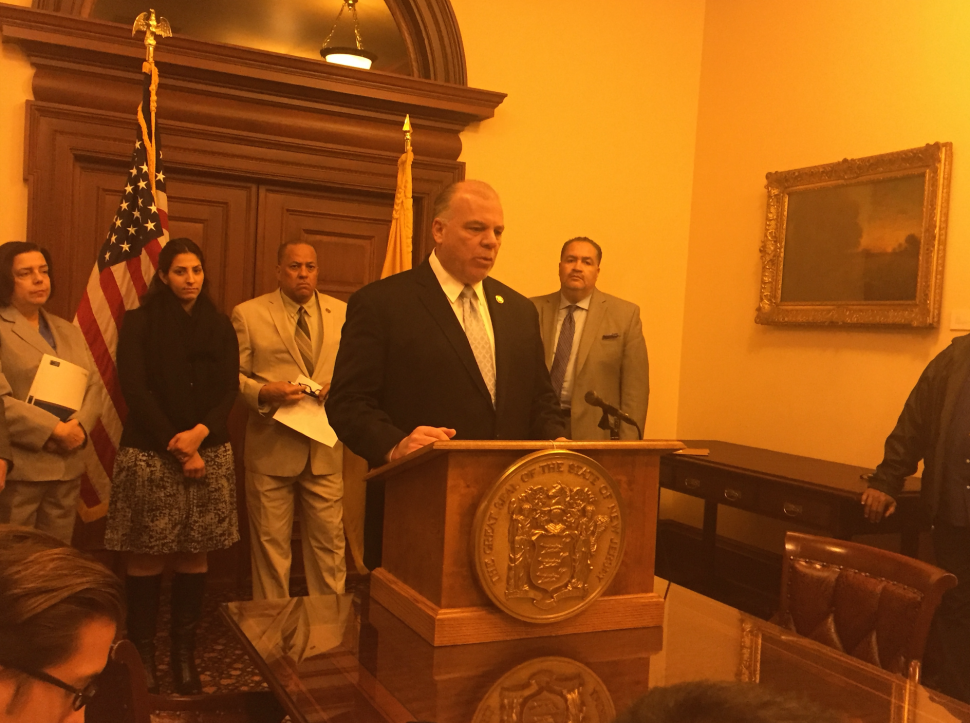