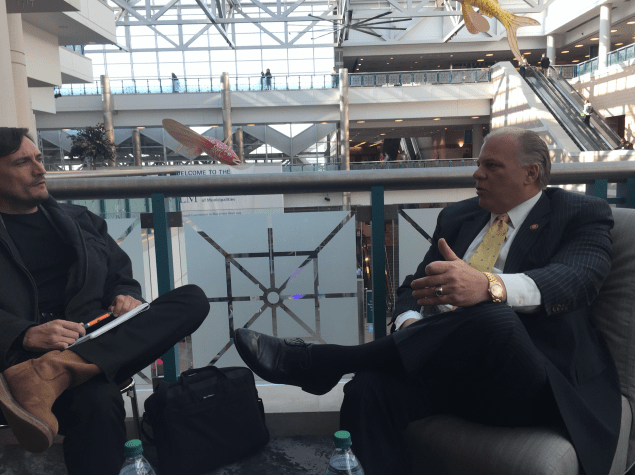 ATLANTIC CITY — New Jersey State Senate President Steve Sweeney has had a challenging year. From his thwarted gubernatorial campaign to his role in the bitter fight over the recent state takeover of Atlantic City, the southern Democrat has had little opportunity to rest—or to support or oppose Governor Chris Christie for too long at a time. With Christie’s fate in the incoming administration of president-elect Donald Trump still up in the air, certain of Sweeney’s Senate and Assembly colleagues have been calling for a new investigative committee into Christie’s role in the Bridgegate scandal, and even for impeachment if he stays on as governor.

A man who has always known the value of cutting deals with the tenacious, often bullying Christie, Sweeney sat down with Observer’s Max Pizarro and JT Aregood to talk Christie’s future, the fate of Atlantic City now that its home-rule recovery has been rejected, and his communications so far with Phil Murphy—the former U.S. Ambassador and Goldman Sachs executive who short-circuited both his and Jersey City Mayor Steve Fulop’s campaigns for the Democratic nomination.

Even now that Chris Christie is likely on his way to Washington, Assemblyman John Wisniewski and your Senate colleague Loretta Winberg are calling for a new state-level investigation and his resignation, respectively. Is another investigation or even impeachment appropriate?

He’s not going to resign. The state has too many pressing issues to just be fighting with him for the last year. Or even if he’s not here, whether it’s him or Guadagno, we need to fix school funding, quarterly pensions I want to get done. It’s a choice: do you fight with the administration for the next 13 months? The FBI had him for 12 hours. They didn’t indict him. There’s a difference when you have a badge and when you don’t.

Start with Loretta Weinberg, because Loretta was the one who flagged this. John was a good partner for her, but Loretta is the one that flagged that there’s something wrong up here with the traffic traffic. She smelled it. I think they did a great job with their committee. Such a good job that they got the U.S. Attorney’s office’s attention, which led to indictments and convictions.

Is Donald Trump’s administration prepared to bring order to Washington with Christie’s brand of top-down governance?

Washington is much worse than New Jersey. At least in New Jersey, we attempt to get a budget done. We, from time to time, can actually find places of compromise. In Washington they were running a budget by quarters, not by years. We’ll see how well President Trump does with Paul Ryan and Mitch McConnell and a trillion-dollar infrastructure. Because Obama tried to do it for eight years. I’m going to root for them on that one, because we need investment in transportation.

Your decision not to post a bill to constitutionally require quarterly pension payments meant that it wasn’t on the ballot this year, and the choice got you some blowback from public-sector unions. What do you say to critics?

It would have failed miserably. There’s no question about that. The casino one went down in the largest defeat in history. The gas tax won, which was a no-brainer even though there was a lot of misinformation going forward. If the courts tell you you don’t have to pay it, which they did—they didn’t tell us how we have to pay it but they said you owe it, they weren’t making us pay it. And then you had voters say no. I’m the guy who pushed it. In 2011, the truth be known, it was a Sweeney-Kean bill that constitutionally dedicated the pensions. It was the public sector unions that told the Assembly “Don’t pass it.”

There will be a mandatory waiting period on putting the North Jersey casino question to voters again, but would you consider supporting it again?

I’d have to look at it to see if I’m open to it again. In 1974 casino gaming failed because it was open statewide. In ’76 it passed because it was restricted to Atlantic City. Since 1979, there has not been one poll that has been positive for gaming outside of Atlantic City. Unfortunately, the people that said they were going to step up and help pass it took a walk. Atlantic City didn’t diversify its economy, so it just made it look worse. The circus that has taken place down here has really damaged any chance of it passing.

What could Atlantic City’s government have done differently to prevent this takeover of its finances?

I thought the council and the mayor shouldn’t have waited to produce the plan. If it was me and I was the mayor, I would have sat down with Chuck Richman Labor Day weekend, saying “Here’s the draft of our plan. Tell me what works and what doesn’t.” No one said they couldn’t talk to anybody.

No one wanted to take the city over. Because once you take it over, you take over the headaches with it. I saw the question as the ability to invest in Atlantic City. In non-gaming dollars we’re talking $150 to $200 million a year. It would have made Atlantic City an international resort. But it didn’t work out.

I don’t care what Bader Field was worth ten years ago. They got a bid for $50 million. They were going to pay $110 million for it. How do you do that? No government agency was going to allow that to go through. Your water bills are going to go through the roof because that kind of debt can’t be absorbed. And you can’t just put it on the casinos. That was the plan, to raise the water rates for all the commercial industries. That’ll chase all the businesses out of here. Because you can’t just block it out and say “Just the casinos.”

Should the water authority have been on the table in the plan they presented to the state?

They should’ve gone with the county. I had a conversation with the county executive. Denny Levinson didn’t want to refinance their debt, but he was willing to buy the water company. And they had a meeting, and there was a very good offer, that Mayor Guardian denied took place. I never wanted the water company privatized. I wanted the county to take it. The casinos are the reason why the taxes in the city doubled. When you lose your tax base and you have a bloated government with bloated spending, it can be fixed. I just wish that they had fixed it themselves. Really, I wish they had fixed it themselves.

Have you been in touch with Phil Murphy’s campaign? Is an endorsement coming?

I haven’t had the chance to sit down with the ambassador yet. I’ve never said a bad word about Mr. Murphy at all, I just never really sat down. The only time I’ve seen Mr. Murphy is when I’ve crossed him at events. As the leading candidate for governor right now, I think it’s time for us to have a conversation.

Disclosure: Donald Trump is the father-in-law of Jared Kushner, the publisher of Observer Media. Questions have been edited for clarity, and answers for length. 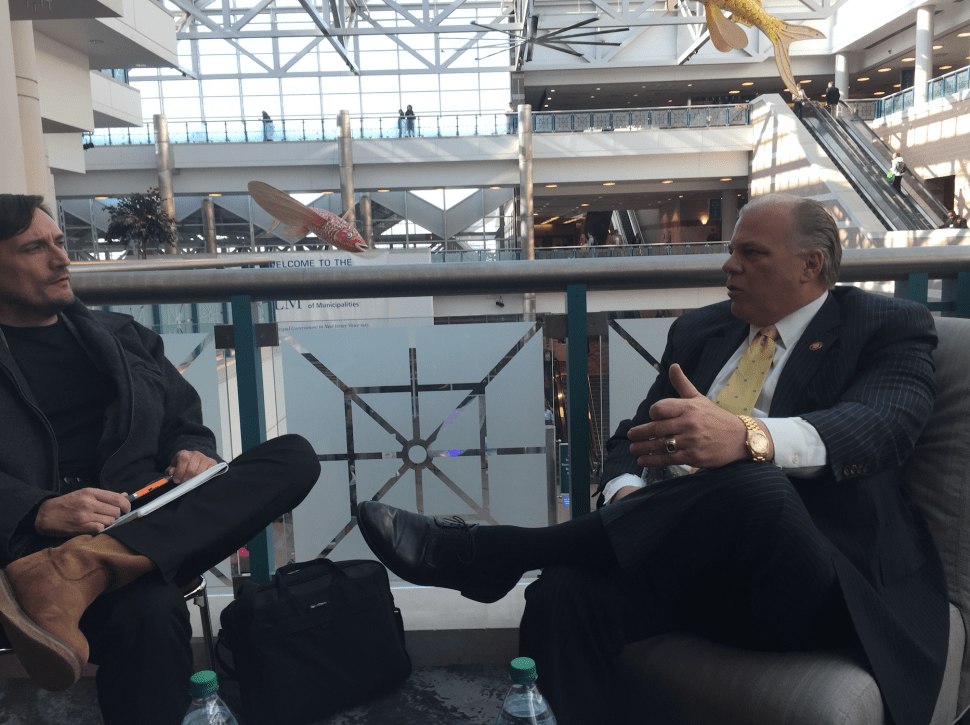