Latinos, Asian-Americans and educated suburban women—those are the core constituencies that top Hillary Clinton campaign officials say are driving them to victory in early voting swing states like Florida, Nevada and North Carolina.

As key states in the Midwest and South show a drop off in black turnout, and with Donald Trump battling to capture working class whites who backed President Barack Obama in 2012, the Clinton campaign pointed to spiking support among three demographic blocs. Latinos and Asians have historically suffered from low participation rates, while affluent white women have often leaned Republican.

But in a call with the press today, campaign manager Robby Mook boasted of a 120 percent increase in early voting turnout among Latinos in Florida and an 80 percent boost among Asian-Americans—proof, he said, that the former first lady has developed a base capable of lifting her over Trump and into the White House.

“The surge is coming from Democratic voters that we’re calling the Hillary coalition,” Mook said, less specific but no less optimistic about gains among well-to-do white women. “We’ve seen big increases across states in that court as well.”

In Florida, Mook and Director of States and Political Engagement Marlon Marshall noted black turnout was actually up compared to 2012, though Mook was quick to note that did not necessarily mean enthusiasm for Clinton was higher than for Obama. And the number of ballots from Democrats lagged behind Republicans until today, when they finally caught up. Obama led substantially in early participation in the Sunshine State at this point in 2012.

In Nevada, Mook and Marshall asserted Asian and Hispanic support combined with backing from blacks and white youth had given them an almost insurmountable lead even before Tuesday.

“We estimate with those votes that we’ve banked from Asian Americans, form Latinos, from suburban women, from millenials, from African Americans, Trump will need to win Election Day by 10 points at this point to overtake and win the state of Nevada,” said the campaign manager, who estimated that 40 percent of Silver State residents have already cast their ballots.

Marshall similarly argued that the campaign had “expanded the electorate,” even with black turnout down in North Carolina. He alluded to recent events held in the state with the president and Georgia Congressman John Lewis aimed at compelling African-Americans to the polls.

“Everything that we’re doing is reaching out to our core coalitions that Robby mentioned,” he said.

Mook argued that turning out the as much of the base early as possible would allow the Clinton campaign’s extensive ground operation to run a more concentrated get-out-the-vote effort over the weekend and on Monday and Tuesday. Trump, on the other hand, would have to depend on his far smaller state-level outreach team to drive out his supporters in the final hours of the race.

“If he hasn’t banked his base by this point, he’s going to have an even taller task in these last few days before the election,” said Mook. “We strongly believe here this will be the highest voter turnout election we’ve ever had.” 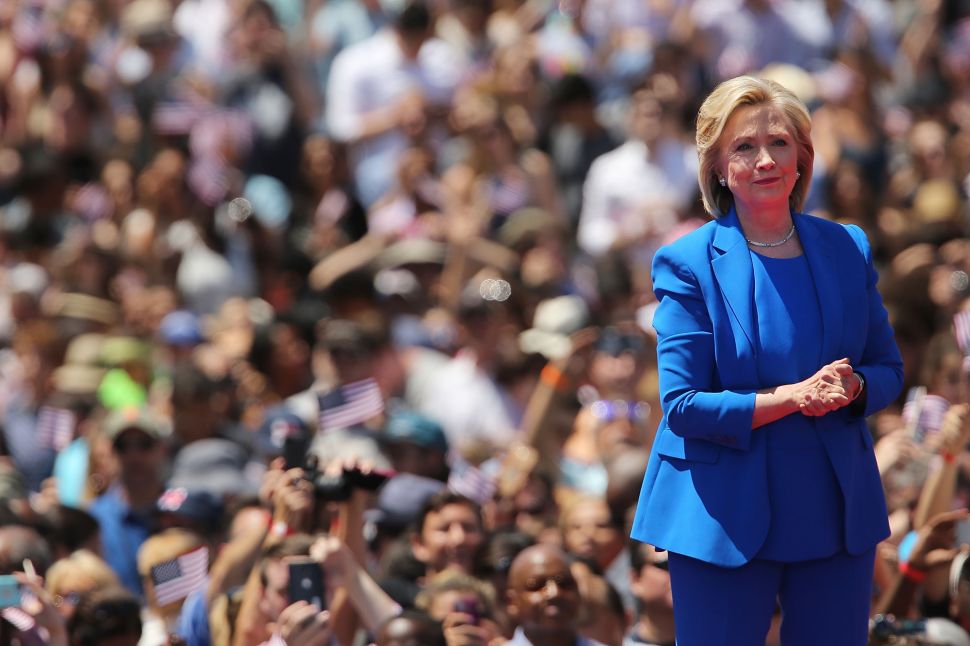