You may have noticed that this week PolitickerNJ again posted their own Power List ––answering the question on everybody’s mind: Who are the most powerful and influential people in New Jersey politics?

And this year, it’s just in time for Thanksgiving!  I’m sure that all of those on their list will sit around with families and friends knowing that this year they have something special to be thankful for.

Their list identifies New Jersey’s 100 most influential people in politics––either through their personalities, their professions or their ability to Git-R-Done in Trenton. People whose phone calls get returned faster than the Governor can insult a teacher, stand behind President-Elect Donald J. Trump or block the GW Bridge. Someone whose advice people seek more than Doctor Phil’s, whose Facebook friend you want to be, whose Tweets get re-Tweeted more than Lady Gaga’s or Justin Bieber’s.

People who get interviewed by CNN, Fox News, the Star-Ledger and News 12. People who get mentioned everyday in Paul Mulshine’s columns. Those who get interviewed on 101.5. These are the people who award-winning political cartoonists Jimmy Margulies and Doug Sheneman make sure they practice drawing juuuust right. The folks who not only have a seat at the Trenton power table, but they own all the chairs.

The Ultra-Movers. Uber-Shakers. the Super-Duper Politicos. Well, I’ll have none of that for my Powerlessness List.

My list identifies the most politically non-influential personalities and people. We include anyone and everyone whose phone calls don’t get returned; who never get invited anywhere anymore, ever. Those with whom photos would be a death knell in any election campaign.  Folks whose mere names elicit the response of “Who?”  in the halls of the State House. On my list, I don’t worry about some arbitrary number like “100”. While PolitickerNJ eliminated current office holders, former governors, former senators—we’ve eliminated no one.

If you no longer matter in New Jersey, you matter to me.

Once again, as opposed to the opinion–driven, rumor–mongering  method used by the folks at PolitickerNJ for their 2016 Power List, our method was scientific, empirical, data-driven, objective—and any other super-cool words used by Ben Dworkin, Patrick Murray or the rad dudes at Eagleton.

And while there are no right or wrong answers, this list does change from nano-second to nano-second—just like the flow of ‘RealPolitik’. As a matter of fact, when you started reading this column, you were on the List. But because you have taken out time to read this very important stuff, you’re now too important to be on the List. Puff, you’re gone.

We welcome your comments. Contact me at joeynovick@gmail.com.  And if you’re un-important and un-influential enough, I won’t respond to your email.

20- New Jersey comedians and comedy clubs.  For a long time New Jersey residents would go to Atlantic City to go to comedy clubs to get their laughs. But no more. If you want to laugh just turn on the television and watch New Jersey businessman and President-elect Donald Trump, o soon to be ex-governor Chris Christie, and much of the New Jersey state legislature to get your chuckles.  There is no cover charge, and you can use EZPass  to travel to and from Trenton.

19- Producers of television shows that have New Jersey  themes  or “Jersey” in the title. From “Cake Boss” to “Jersey Shore” to “Jerseylicious” to “Real Housewives of New Jersey”, the land of reality television shows used to be dominated by the Garden State. Not so much anymore. Too much real Jersey reality like Chris Christie so over exposed the brand, that the national collective attention span is now focused elsewhere.

18-  New Jersey manufacturers of women’s pantsuits.  The pantsuit of various colors has been a key uniform and identifier for Hillary Clinton and her supporters. With her loss, it has now become passé; expect women’s clothing to include dresses that make it much easier to grab and grope women’s body parts under the “new normal” of a  Trump administration.

17- The Guy on Corzine’s Staff who writes campaign checks to Democrats. Corzine is no longer sending regular checks to every Democratic candidate seeking any and all public office in New Jersey. The Corzine ATM is completely closed, and the guy who writes those checks for the very very former governor is on the unemployment line with the rest of us.  (Special note – the Murphy ATM is just beginning to dole out cash.)

16- Lieut. Gov. Kim Guadagno – it used to be back in the old days, that a lieutenant governor would be given the reins of power when the actual governor left the state. Not so anymore, when Chris Christie crosses New Jersey state line, or is under anesthetic due to Lap band surgery, apparently he can still run things using his iPhone, iPad or computer. As long as Christie’s orders don’t have more than 140 characters, he can even tweet out to staff what needs to be done – even if he’s in standing next to Trump at a press conference.  And this week  the Big Guy bumped the breakable Kimmy at the  New Jersey State League of Municipalities luncheon  when he showed up unexpectedly to bump her as speaker. “I’m going to complete my term as governor,” Christie said.  In other words, Trump screwed me.

15- The Statue of Lou Costello in Paterson – This statue looks a lot like Governor Christie in size and girth, but unlike the governor cannot get anything done. Special note:  the cuts in the New Jersey state budget by the Governor’s office sometimes do sound like a “Who’s On First?” routine.

14- The Governor’s Anger Management Coach – The Governor has taken on yelling and laughing at everyone from Tom Moran, to NJEA leaders, to teachers at every town meeting from Cape May to Fort Lee.  He has even taken his  “Anger Show 2016” on the road when running President this past year. Obviously, this anger management coach has no power whatsoever.  Special note: while the governor rejected the advice to repeat the phrase “Serenity now!” He has taken to repeating the phrase, “This is who I am, this is who the people of New Jersey elected.”

13- Political consultants for Senator Steve Sweeney, Senator Ray Lesniak and Jersey City Mayor Steve Fulop. Just a few short weeks ago before the political blitzkrieg of former Ambassador to Germany Phil Murphy, the combined names of “Sweeney/Lesniak/Fulop” filled up more words in Jersey media than there are women Trump is accused of groping. But now since the Goldman-Sachs millionaire has hired just about most of the folks on the Politicker NJ 100, anyone who was gonna work for Sweeney/Lesniak/Fulop is looking for work elsewhere.

12- The comedy team of Bridget Kelly & Bill Baroni. Once they were powerful enough to close bridges and tunnels—keeping at least the bridge crowd from going into New York for some night life. As the deputy COS to the Big Guy and the Deputy Executive Director of the Port Authority of New York and New Jersey respectively, they could hold a mayor in the palm of their hands with just a few orange traffic cones. But now their act has ended in court, and one of them might have a new gig as prisoner 24601.

11- The average Democratic Party voter  in New Jersey – Complete loss of voting power.  We’ve got a Dem majority legislature and yet, our leaders couldn’t come together to pass legislation that has been advocated by the Democratic Party for many years.  This gem from comedian Bill Maher:  “With stem cell research properly funded, scientists believe we could do everything from curing Parkinson’s to regenerating spinal cord tissue in Democrats. …”

10- New York Jets fans who live in New Jersey. Not only do you have to suffer the indignities of watching your team wearing a  “New York” set of initials, but your team has not been in the NFL playoffs in more than a half a decade.  The Jets are currently 3-7,  and heading for another yawn-filled season.

9- Pollsters measuring the governor’s decreasing approval ratings/counting up New Jersey’s diminishing bond rating. It used to be that some days this would go up and some days it would go down. Now both are heading in THE same direction on such a regular basis is no need to do any counting.

7- Garden State Equality- This once great  New Jersey civil rights organization when led by Steven Goldstein (number 34 on the most powerful in New Jersey list) has devolved into a pandering organization that feels it needs to “balance” their endorsements of candidates based on political party rather than issues. Their political endorsements this year of such Republican Congressmen as Leonard Lance (NJ-7), Frank LoBiondo (NJ-2) and Tom MacArthur (NJ-3)– who all solidly opposed marriage equality— shows New Jersey how far  Garden State equality has fallen since Goldstein’s solid gold leadership.

6- Soon to be former Congressman Scott Garrett: Scotty is more suited to be a congressional representative from Alabama or Mississippi. He voted against a ban on Confederate flags at military cemeteries. Garrett refused to pay dues to the National Republican Campaign Committee because he believed the GOP election arm actively backed gay candidates. So, we congratulate Josh Gottheimer for sending Garrett packing. Maybe he can find a state senate seat somewhere in the land o’ cotton. Scotty is beamed out of NJ-5.

5- Owners of New Jersey diners -With SO many corrupt political officials clearly in jail,  New Jersey diners are no longer the hip place to be for FBI agents, informants like Solomon Dwek, and corrupt elected officials to meet over a cup of coffee  and exchange wads of cash in envelopes. Now this can be done much more efficiently and easily with GoogleWallet and PayPal.

4- Anyone trying to bribe mayors of Newark: From 1962 (Mayor Hugh Addonizio), through 2006, every Mayor Newark in office ended up in prison on  some sort of corruption charges.  Now they’ve had two mayors in a row with no problems.  So, sorry contractors and developers  with wads of cash in envelopes, you just have to go to another one of New Jersey’s 565 towns to do your work.

2- Chairmen of the Essex, Camden, and Hudson County Republican Parties. Pathetic. Not even the Republican State Committee knows who these folks are. There’s standing room only at the courtrooms where Democratic officeholders are being arraigned, and these guys can’t even field a softball team let alone a slate of candidates. Sarah Palin wields more influence in New Jersey than this trifecta of Moe, Larry and Curley here.

1-Me -I’m in Hunterdon County. Getting candidates elected? I can’t even predict who’s gonna win on America’s Got Talent. There’s an old saying in politics. Those who can, do. Those who can’t, write sarcastic blogs about those who can. 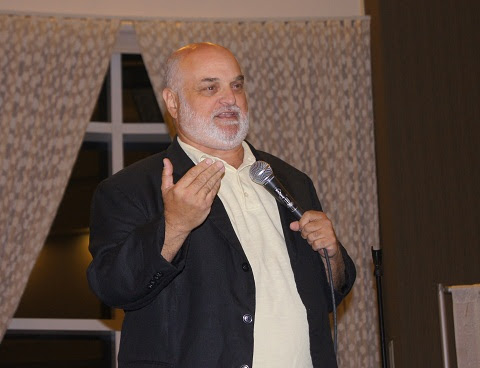