Ah, can you feel it? The cool breeze blowing in from Montauk, smelling of sweat, shame, murder and the oaky musk of John Doman. That’s the smell of Showtime’s The Affair, which returns this Sunday, November 20, for a third season of extra-marital intrigue. And just because season 2 answered the over-arching question of “who killed Scotty Lockhart?”, doesn’t mean the series is out of secrets, secrets we tried to ring from The Affair‘s creator and executive-producer Sarah Treem when we met up in Beverly Hills a few months ago. Along the way, we also discussed the line between violence and sex, the parallels between The Affair and FX’s You’re the Worst and, of course, the writing prowess of one Noah Solloway.

Observer: Where do we find everyone at the beginning of season 3?

Sarah Treem: It’s three years later. Helen [Maura Tierney] is where we left her, she’s in the same place. Alison [Ruth Wilson] and Cole [Joshua Jackson] are both in Montauk, and Noah [Dominic West]…is a bit of a mystery.

In season 2, you added another layer by expanding to four different viewpoints. Is there any other structural change like that?

Why is it important to you, as showrunner, to keep expanding The Affair?

I don’t necessarily know if it is strategic. It seemed like Juliette was going to be a really integral character, so we wanted to get inside her head. Basically, that’s what happens. I want to get farther into a character’s head. I get more interested in the character and I want to know what they’re thinking, and right now I’m only seeing them from someone else’s POV.

I really want to talk about Noah.

I found it so, so appropriate that Noah really had nothing to do with Scotty’s death. Was that always the plan?

I don’t remember [laughs]. I’m sorry, people ask me that question but I really don’t remember. But by the beginning of season 2 it was pretty clear that was going to be the case. The idea was that Noah eventually gets punished for the crime of having the affair, but not in the way you’d think. It was a two-part thing: One, that he didn’t actually kill Scott Lockhart but two, he would take the fall. And he takes the fall, basically, for both the women in his life. In a way, you can kind of see that as quite a heroic act, and in a way you can see it as an act where he just, like, wanted to get himself out of an impossible situation, so it’s a bit of a cowardly act. Which is the thing I like the most about Noah Solloway’s character, is that you can always see his behavior from different angles. Which is the premise of the whole show.

It also seemed a little subversive in a cool way to make the women the one’s who were guilty, not the man.

I also think Noah’s relationship to writing is interesting, just in general. It almost reminded me of Jimmy on You’re the Worst, which is a very different show from The Affair.

I was making my way through it and noticing these weird parallels between Jimmy and Noah, specifically how they view writing. I’m wondering if there’s any of those parallels between Noah and the way you look at writing.

It’s interesting, because I think Noah’s relationship to writing is really a team effort, because I have a room of writers who all have very distinctive relationships to writing. I think in a lot of ways Noah is writing to be known. Like, he’s writing for the sake of having the reputation behind him of being known as a writer. I often think there are two types of writers: there are people writing for the love of it, and there are people writing who actually hate writing, but love to have written. They like the identity of being a writer. I would say I’m more of the type of person who loves to write, and I would say Noah is the type of person who wants to be known as a writer. But I don’t necessarily believe that either of those makes a “better” writer. I think some of the people who are incredibly invested in the identity of a writer are incredible writers. You go back to the F. Scott Fitzgeralds and the Ernest Hemingways, and they all cared very deeply about being seen as writers. It was part of who they were.

Do you think Noah is a good writer?

I think Noah has the potential to be a great writer. I’m not sure he’s reached it yet, but I do think he has it in him.

“I have a personal philosophy that sex and violence are on a spectrum…What I’m interested in is the tipping point. When does violent sex become abusive?”

I just read an interview you did in the New York Times, where you said the writers room was excited about a finale sex scene because you realized it was “disturbing.” How often does that go hand in hand when you’re thinking about this show, how sex can be disturbing?

I have a personal philosophy that sex and violence are on a spectrum. I won’t say there’s always an element of danger to sexuality, there isn’t. What I’m interested in is the tipping point. When does violent sex become abusive? And when is it somehow what makes sex exciting? Not even just violence. You’ll see, in the first…I want to be very clear about this, because I don’t want to get in trouble for saying anything…but in the first episode [of season 3] we deal with this. In the first and third episode we talk a lot about that exact scene, actually. There’s a big debate, basically, about what place does any kind of violence play in sex.

At this point, what do you think it is between Helen and Noah? Is it still love?

That’s a BIG part of season 3, is what is actually between Helen and Noah. So, I guess you’ll see [laughs].

Beyond season 3, do you have and end to The Affair in mind?

Yes. It’s not always up to me, in terms of how long I have to tell this story, and when it ends. But I do have an end.

You obviously can’t tell me what it is, but if you had to give it an adjective, what kind of ending is it?

This is going to totally turn people off the show [laughs], but I would say it’s ‘mature.’ It’s kind of like life. I think there’s an attitude when people are young that life is something you can win. That you can make all the right choices and somehow achieve a paradigm of life success. It never, ever works, for anyone. Basically, you have to keep making peace with what it is. I think that’s sort of the end of The Affair. It’s peace with what is. 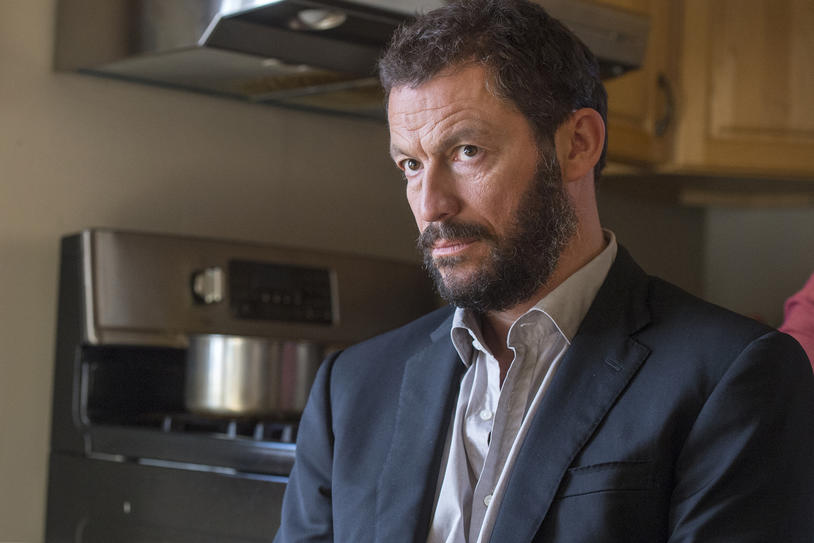