Donald Trump made headlines recently by criticizing the process of electing a president. But not even he has made an issue of the built-in bias associated with the Electoral College, where residents of some states have more of a vote than citizens of other states.

To demonstrate this, I had my students tally up the Electoral College votes for each state, after showing them how the votes are calculated (one for each member of the House of Representatives and each Senator). Then I had them gather data from the U.S. Census Bureau. And they were stunned by the results.

You are probably thinking “What gives?” Shouldn’t it be one person-one vote? That’s the case in the popular vote, but not the Electoral College. By now you’ve figured out that the bias is geared toward small states, more than anything. Yet small states need the biggest break, you suppose. Besides, it’s not like it is enough to tip the election, right?

But the system also does violate that spirit of fairness that leads to a “one person one vote system,” especially if a Delaware citizen’s vote is worth twice that of a Georgian’s. Perhaps it is time to do away with the Electoral College. Already, presidential candidates camp out in a handful of states, ignoring the majority of states, which are seen as “uncompetitive.” That’s why both parties crisscross North Carolina, but rare touch South Carolina, even though everyone’s vote should matter as much,

Earlier this year, in April, the Supreme Court upheld the “one person one vote” in the case of Evenwel v. Abbott, where residents were upset that their votes were worth less than residents of other districts. Now it’s time for a similar Supreme Court challenge, on the nation’s voting laws. These cases, such the one where a state’s ballot is worth three times that of another state’s voter, are too great a factor to ignore for a country cynical enough already about how votes are to be counted. 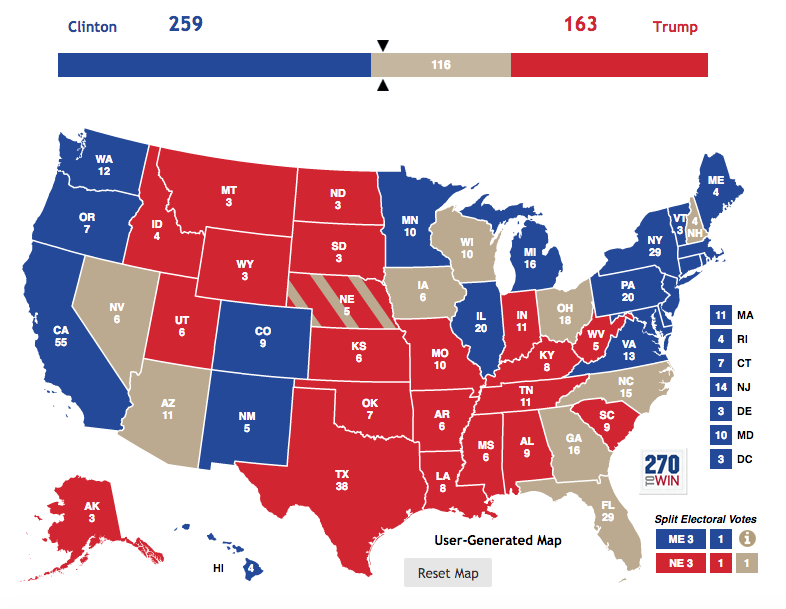