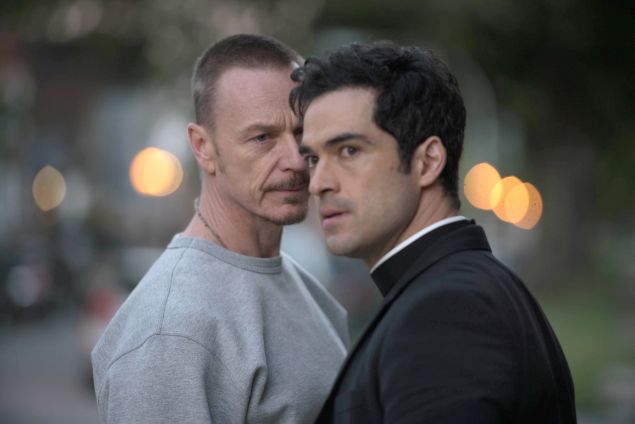 Ben Daniels and Alfonso Herrera in The Exorcist. Jean Whiteside/FOX

In 1986 in Chicago, a young man named Cameron Frye totaled his father’s car after skipping school with his friends Ferris Bueller and Sloane Peterson. They later graduated, but Ferris spiraled out after high school, constantly skipping work and bullying his friends into playing whacky pranks on increasingly undeserving authority figures. Cameron stayed in the same city but changed his name to Henry Rance, possibly out of some deep-seated self-hatred, and married a mysterious businesswoman named Angela. One of their daughters suffered the loss of a close friend, and another started hanging out with demonic salesmen, so he went back to his old ways of faking mental breaks, claiming to have hit his head with some scaffolding so he could ease back and disassociate every now and then.

The Exorcist TV show on Fox has not yet vindicated this theory about Alan Ruck’s character, but the most recent big twist was similar: that Angela is actually Regan, the girl who gets possessed by the demon in the original Exorcist, having changed her name in an effort to start over. This week’s episode opens with a 1970s flashback, in which a TV anchorman asks Regan and her mother Chris if it might be hard for Regan to move on after the possession and the subsequent notoriety following her around.

Now Chris is in Regan’s house, while Regan’s own demon-possessed daughter Casey is running around wreaking havoc all over Chicago, presumably ruining deep-dish pizzas, taking classes at Second City but refusing to “yes, and,” and encountering Rahm Emanuel but then running away doing the “yipe, yipe, yipe!” thing like a cartoon character.

So the hunt for Casey is on. We learn that it’s possible for the demon to fully kill Casey’s soul and take over her body, leaving no trace of Casey forever. At a press conference, the Rances beseech the public to help find their precious lily-white daughter, only to be interrupted by protesters whose needs the police have ignored: the families of the many murder victims of the homeless ghouls who have been going around slashing throats and collecting organs in a subplot. The scene admirably disrupts the show’s bougie focus. The Exorcist is woke now.

Chris talks to Kat about how the movie studio dropped her after the demonic possession, because people thought she was a devil-worshiper. She was in John Podesta country. Meanwhile, Father Tomas puts the $10,000 that sinister socialite Maria Walters gave the church up as a reward for finding Casey. Walters invites Tomas to a totally-not-Satanic meeting and he declines. Then Jessica, the married woman with whom Tomas is infatuated, and with whom he got it on in the previous episode, shows up and Maria says, “I’m sure you have better things to do.” She knows! Right?

The Gogol Bordello fans from a couple weeks ago tell Marcus that the Walters family bought a company named Tattersal Landscaping a few years ago and shuttered it, but people are still driving the company’s vans around, presumably in order to do kidnappings for ritual sacrifice.

The demon crank calls Regan over at the Casey Rance hotline and says Casey is right behind her. Regan turns around to see Casey covered in maggots. (It turns out Regan is dreaming). This moment constitutes the biggest fright of the episode, but it got me thinking: earlier Chris mentioned the name the demon calls itself in the original: Captain Howdy. That name is just a mix of Captain Kangaroo and Howdy-Doody, I guess, designed to appeal to young Regan, but it is so profoundly unsettling to me. I don’t think I want to be the kind of entertainment critic that talks about craft and what the show “needs to do,” but I will say that the show is very good at visual, haunted hayride-level scares, but it’s rarely very emotionally and intellectually scary, deep-down scary, the way the original was.

Jessica gives Tomas the key to the apartment she’s moved into, but he declines, then gets mad about the Find Casey posters being printed out wrong. He overhears someone talking about a wild dog sighting and texts Marcus about it.

Regan confronts Chris about using her for media attention when she was a kid, then gets a call and makes a dramatic face. Geena Davis is finally getting to do some stuff!

Maria takes Father Bennett to the absolutely-not-devil-worship meeting, where a professor is talking about how demons are actually angels and being bad is actually cool as hell. Bennett gets creeped-out and leaves.

The whole family goes to the county morgue, and Henry and Regan must identify a body. It’s Casey, and she’s definitely dead forever, and the episode ends ten minutes early and this is the show’s final episode. Folks, it’s been fun doing these recaps, and I hope– no! It’s not Casey, and the show just wasted five minutes of our time.

Marcus walks past a bunch of scurrying rats and into a corridor, where a long procession of moaning, wretched homeless people are writhing in agony and doing other insanely gritty shit. This is a ridiculous scene, in which Marcus witnesses moment after moment of over-the-top transgressive human desperation: a woman keeping a dead cat by her side, a guy coughing up a bunch of blood, a man eating a bird. You expect one of them to be designing a nuclear program or writing a sequel to the Entourage movie next.

One of the vagrants starts saying, “Stop him!” until the others converge on Marcus, but then Marcus invokes Christ and they lay off. Then Casey comes out, spider-walks around and looks into the camera.

Meanwhile, back at the Legitimate Religion Believer’s Not Paying Tribute to the Dark Lord Even a Little Bit Club, a jolly old priest brags about making a mess of some apples at the farmer’s market. Turns out he’s the weird old guy Tomas talked to in the first episode who, in my recap, I hoped would end up getting more screentime. He’s disappointed not to see Tomas but says, “We have our ways.” A suggestive jump-cut to Jessica and Tomas hanging out in that apartment follows.

The Obvious Satanists Club does a ritual with the ashes of those victims, and the evil energy goes into the Police Superintendent. Maria cries about not being chosen. Marcus finds Casey wading into Lake Michigan and devouring a heron. He blesses the and something shoots out and kills the fish around them. “He’s coming back,” she says, apparently exorcised for the time being. “Help me.”

This episode was mostly about moving the plot forward, but it also goes some way in answering a question I had when I recapped the first episode: if the original Exorcist was about sexual mores changing and fear surrounding a corruption of mainstream moral authority in both DC and Vatican City, what could a contemporary Exorcist be about, thematically? Our upper-class white family is plagued by demons, but the demons come from ignoring, exploiting or trying to run from the demons of the past. Meanwhile, an entire disenfranchised population is being terrorized by the same demonic force, but it is as a result of calculated attacks by an insidious group of bloodthirsty rulers, which includes members of the police force and the church. The show has all the subtlety of someone putting your hand in a bowl of noodles and saying it’s Frankenstein’s brains, but it does seem invested in reflecting societal truths at times, which is nice. I’ll see you next week unless my Satanist club’s kickball tournament goes into extra innings. 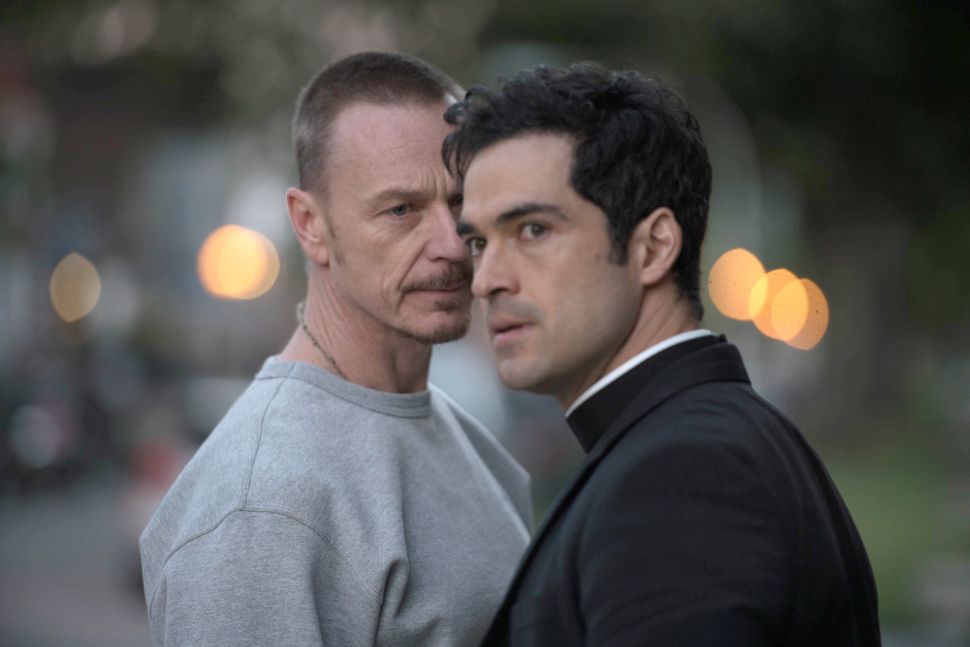