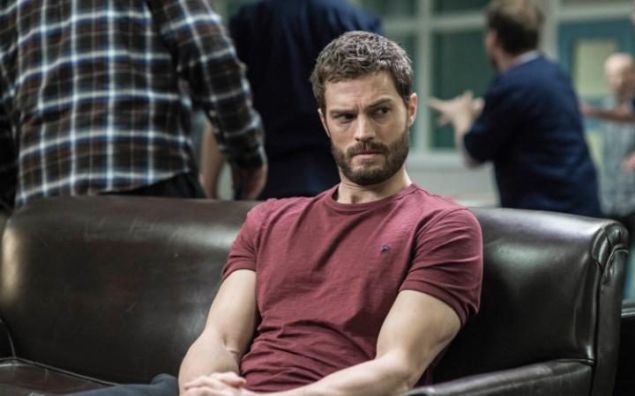 Jaime Dornan in The Fall. Photo via Netflix

The psycho-sexual thriller from the UK comes to an end but after a run of poor form does The Fall manage to up its game for the finale?

Jamie Dornan’s retrograde amnesiac Paul Spector, also an impressive serial killer, has been delivered to secure unit with other morally (and legally) dubious characters. One of these inmates, Mark Bailey, befriends him and does appear to have either a man crush on Spector or an actual crush. Being a schizophrenic, it could be both.

In a moment that starts off in a warm and friendly manner (well, in terms of The Fall at least), Mark shares his past with Paul, who sits attentively drinking in the info. Bailey, a young, soft-spoken and soft-faced ginger man, admits to breaking his sister’s arm after she claimed he looked “gay” after a haircut. His calmness and honesty are unsettling but what follows somewhat ironically undermines his recollection of just why he’s incarcerated.

Mark’s sister was 12 years old. He did break her arm, but also raped her and then threw her onto a road into the path of an oncoming garbage truck. Mere details he managed to neglect to tell Spector.

And it’s the search for answers and veracity that cuts through these two closing instalments. In London, DS Tom Anderson (Colin Morgan) discovers the beginning of Spector’s murderous trail when interviewing David Alvarez, a former friend who took the blame for the murder of a young woman despite not actually killing her. His debt to Spector went back to the time they spent together at Gortnacull House, a home for  youths run by the church. After some expert prodding by Anderson, Alvarez reveals that Spector saved him from being preyed upon by the priest who ran the home. Father Jenson, as he was known, would take a “favourite” boy and molest him daily for a year. Spector was this boy.

When presented with these memories, Spector realises his time is coming to an end; he tells his legal representation, “The police have been clever. They have something on me that I can actually remember.”

Whether he was acting amnesiac or not becomes a moot point (though the evidence from scans and tests displayed no neurological damage), as Spector takes matters into his own hands in the most astonishing and shocking of fashions.

The face-to-face we’ve all been waiting for this season begins in earnest – Gibson V Spector, Gillian Anderson V Jamie Dornan. It was worth the wait. Stella remained silent, impassively watching on until finally speaking directly to him in the final episode. He was as surprised as we were. “She speaks,” he quips, belying the fact that he clearly knows who she is and the significance on his current situation.

Paul speaks about his fetishes, how he became aroused at laying out his mother’s clothes and underwear (which he would do with his victims). Again, his calmness is typically unsettling but he was biding his time and within minutes of Stella taunting him, claiming Spector was just wanting attention from everyone he came into contact with, the killer flips out.

The attack on Gibson and Anderson is one of the most brutal and violent scenes committed to prime-time television in living memory. Its simplicity and directness are not for the squeamish. A neat reminder of the killer, after hours of sympathetic justification. And he doesn’t stop there. The aforementioned Bailey, clearly under Spector’s influence, starts a riot which acts as a distraction for the Belfast Strangler to mindlessly attack the one person who could have saved him, Dr August Larson, (Krister Henriksson) and then to take his own life, after murdering Bailey. Given the soporific nature of the preceding five tedious hours, this burst of violence and blood is a visceral punch to the face.

Spector hung himself in a cross between his own mother’s death and auto asphyxiation. Twitching in his dying moments, we’re left with zero to little resolution; his life and death meaningless. Writer and creator Alan Cubitt, however, doesn’t end the episode there. We’re left with the fallout, those left behind and affected by the case and limps on for a rather pointless ten final minutes. Most irritating of all was Stella’s lone journey home to her solitary London pad. The audience are meant to care about the letter or card picked up and exhaled at by Gibson but, by this time, no one could be blamed for switching off literally and mentally.

Ultimately, this pulsating finale offers no redemption for Spector and certainly no justice served for his victims. It’s a cold and brutal denouement that matches the tone of his crimes and sterility of Anderson’s Stella Gibson but is a long way off the imagination and creativity that was such a hallmark of The Fall on it debut three years.

How the mighty have fallen. 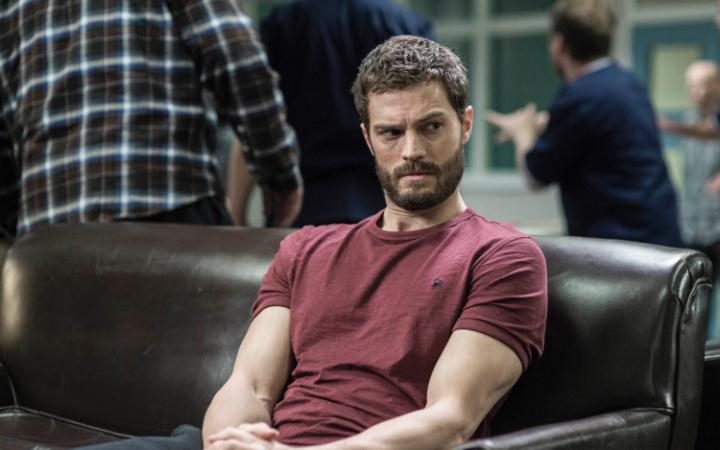