I’ve been mostly off-line for the past seven days. It might not sound like much, but that’s the longest I’ve been away from my constant hustle and my laptop in years.

While overseas, I spent a lot of time reading, thinking and letting my mind explore life outside of myself.

And I’ve been asking myself, recently, what contribution that constant connection and that constant grind is making to the world. The bigger world, not the one living inside my 6 inch screen.

I was bouncing through a Malaysian jungle in a rickety bus, reading a book by Hillary Clinton — she was talking about the understanding she reached with a Chinese diplomat, that living was about leaving the world better for our kids than it was when we got here. It was enough that I started thinking about how I’ll leave the world.

As we drove through the heat, the driver started telling me that the people where he grew up would plant a tree whenever their family had a new child. He said it was a superstition that if the tree grew up strong, so too would the child. But as I listened, it didn’t sound too superstitious at all.

If the tree grew up strong, if it helped the environment and the community, then surely it would help the child also.

I stopped to ask myself — what are the trees I’m planting in my life? What are the contributions that will be here when I’m gone?

Tweeting is fun, and I enjoy it. But am I spending more time constantly refreshing my feed than I am working towards something a little bigger and a little more meaningful than myself?

Too much of my life is spent on things that don’t matter, and on avoiding the things and the people that do.

I don’t want to reach the end of the line and have an un-tended garden to point to, instead of a row of beautiful trees. That’s not the legacy I want. I want a legacy that is full of the work of the ages, full of things that may not even fully bear fruit until after I’m long gone.

I want to measure my life in the trees I’ve planted.

I wrote five pledges, to help me do that.

1. I pledge not to live on auto-pilot

When I live on auto-pilot, that’s where I lose myself in the things that don’t matter, and lose sight of the work that really could make an impact. What does that look like in reality? No more forgetting where I am and finding myself staring at Sonic Dash on my phone. I want to be mindful of my days and my minutes and my seconds — and mindful of what the fuck I’m doing with them.

If I want to grow trees that reach to the sky, I can’t do that if I’m sleep walking, like a zombie, with no concept of the life that’s being lived beyond my own nose.

2. I pledge not to forget the reasons I work

3. I pledge to learn, the better to teach

Let’s be real, I’m not in the business of building software or creating an AI assistant to help 49ers fans decide what pizza toppings they want or delivering petrol to lazy motherfuckers who can’t go to a gas station (that last one’s real believe it or not). I’m in the business of teaching people, and to do that, I need to constantly learn.

That’s what I’m about. I’m about learning as much as I possibly can. This pledge is to spend time every fucking day learning something, anything, everything that I can, and asking myself at the end of it what I have learned of value.

I don’t give a shit nearly as much as I should, and I know I’m probably not alone in that. I give a shit when it’s convenient, or when I want to impress someone. Not because I’m a bad person — just because I’m a human being who is as bad as the next human being at looking after the people he exists with. So I want to give more of a shit, more often than not.

5. I pledge to dream bigger

Nothing happens without a big, huge, fuck-off dream that has the power to make it happen. And I used to dream much bigger than I do now. But lately, I think I’ve been a little caught up in the smaller dreams and the smaller ideas — instead of having a dream to be fit and healthy, my dreams have been to go the gym once a week. That’s not good enough. It’s not good enough for my own standards, and it’s not good enough to get me to where I want to be, personally or professionally.

I know that these pledges aren’t going to instantly transform my world, but they will transform the way I think and the way I live on a simple, down to earth level. And that matters — it’s where change is going to come from.

I want to invite you to think about these pledges, and consider taking them with me. I can promise that if nothing else, they’ll break your patterns just a little.

Jon Westenberg is the founder of Creatomic. He is incredibly excited about changing lives. You can connect with Jon at his website or check out Creatomic.co. 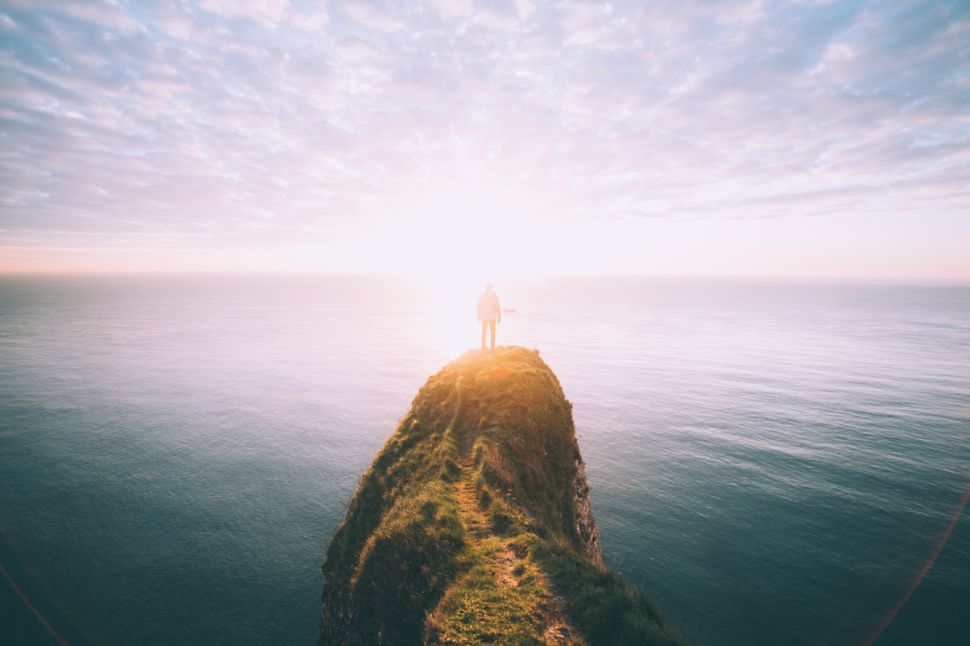