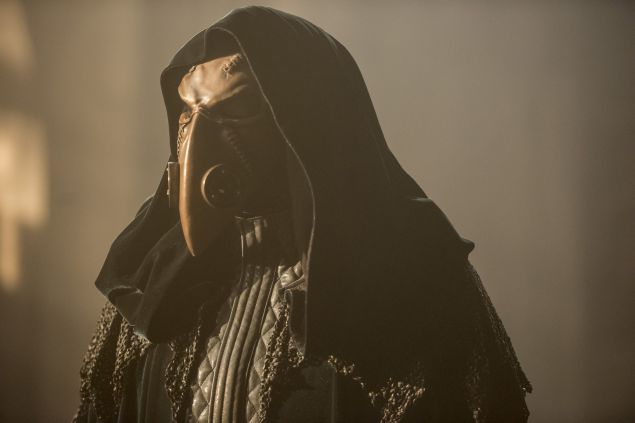 Admittedly, “Hello, Wally” doesn’t hold nearly the same dramatic weight or shock-appeal of “Hello, Ollie“, but last night’s episode of The Flash, titled “Shade”, was still a darn fine example of CW’s brand of comic-book storytelling at its best.

Aaaaaand no, I’m not in any way referring to this week’s villain-of-the-week plot, which amounted to the writers saying, “I don’t know, he’s like a shadow, or whatever?” There is a Shade in the comic books, real name Richard Swift; he’s like this terrifying, immortal shadow-magician who wears a top hat and draws his powers from Dante Alighieri’s Inferno. He’s awesome, trust me, he’s awesome. The Shade of last night’s Flash is less awesome and more of Peter Pan’s shadow only somehow less intimidating. Cisco shines some light in his eyes, Barry swiftly kicks his ass, and that’s that.

But everything besides the character who gave the entire episode its name? I loved it, and I loved it for reasons that go deeper than the pure, surface-level joy of watching Alchemy use Sith lightning-bolt-fingers to mess Barry’s day up. “Shade” was the episode that season 3 needed because it finally moved everything forward–Wally’s desire for powers, Caitlin’s transformation into Killer Frost, Alchemy’s grander villainous goal beyond “having the voice of Tobin Bell.” This might sound less a strange thing to say about a show where the hero’s main power is literally running, but it finally feels like we’re getting somewhere.

Let’s start with Alchemy, because it’s hard to start anywhere other than the story that ends with the GOD OF SPEED traveling through the cosmos and directly into Barry Allen’s face. His name is Savitar, and he looks terrifying, as opposed to his comic-book counterpart, who looks more like the Particle Accelerator gave superpowers to Ziggy Stardust-era David Bowie. 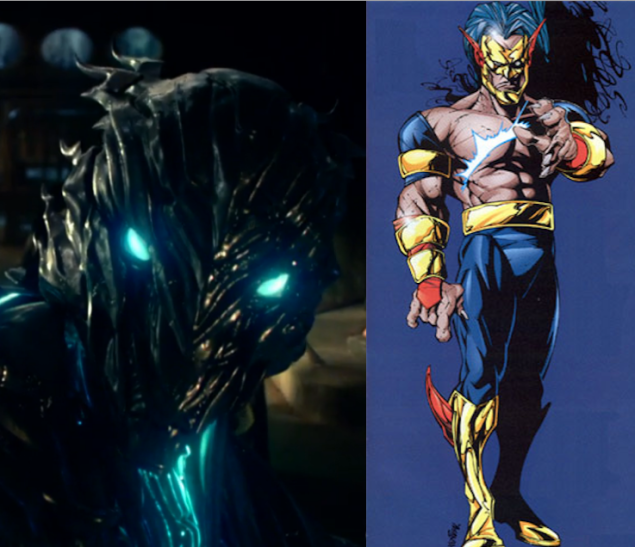 “You have no idea what’s about to begin,” Alchemy says, right before Savitar makes his first appearance. Alchemy spent most of this episode inside the head of Wally West–showing him dreams of another world, of a timeline Wally wants to be real very, very badly, where he’s known as Kid Flash and spends his days moving skateboarding youths out of the way of traffic. Alchemy can give him that–“the time has come to set you free”–and Wally, being Wally, is blind to the fact that, as proved by the Rival and Magenta, your Flashpoint powers come with the side-affect of murderous rage and a tendency to drop shipping freighters on to hospitals.

I almost have to love the absurdity of the moments where CW shows hits *peak CW*,  as in Wally telling Joe West “Yes, there is a supervillain speaking inside my head, and I can’t stop dreaming of another universe in precise detail, but seriously, dad, go on your date.” So of course the crew heads off to see a movie while Wally sits in the Pipeline, and of course Shade’s un-buttered-bread boring ass shows up to ruin everything. Whatever, whatever, whatever, the most important piece of information we learn here is that Joe West  loves popcorn to an uncomfortable degree. The second most important piece of info is that nothing, not the Pipeline, not Iris straight planting her younger brother with an elbow (bra-fucking-vo, by the way), is going to keep Alchemy from Wally.

So, they lean into it, offering Wally up as bait and following him to what definitely looks like a cult, spooky robes and all. I’ll admit, I’m a little disappointed that Alchemy didn’t, you know, even think this was a possibility, and his hilarious “IT’S A TRAP” didn’t help. But then, that’s also sort of the point; Alchemy has only seemed like the capital-letter Big Bad, the all-powerful wall at the end of the road. If “Shade” is any indication, he’s been a stepping stone this entire time, several steps below a literal god.

And how about that god? Sativar–whose been around in comic-form since 1995, which explains those yellow boots–is commonly portrayed as not only backed by a humongous, cult-following, but possessing the power to lend speed to others. Wally, who ends this episode suspended in a cocoon, looks to have recieved that gift. “The boy has been chosen, Flash,” says Alchemy. Chosen, but for what?

Pull a Joe West and grab some popcorn, everybody. The Flash might just be back on track. 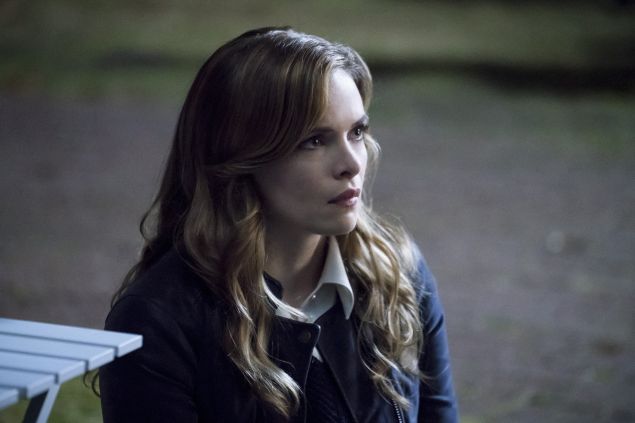 Meanwhile, Caitlin finally, finally tells Cisco she may just be turning into a homicidal popsicle, and it causes a bit of tension among the team.

For one, Cisco vibes Caitlin and sees a future where she is fully-Frost, locked in a battle with a completely Vibe’d Cisco. So his decision to tell the team, against Caitlin’s will, is on-one-hand understandable. I mean, there’s never really been a compelling reason why Caitlin is hiding this from her friends, most of which either have powers/have had powers/are in a committed relationship with someone who has powers. Wally told his own father that Alchemy was burrowing into his brain and Joe still went on that date. Life goes on, Caitlin.

But on the other hand, it…well it was just sort of an odd moment, no? It had a bit of a coming-out-of-the-closet feeling to it, which makes Cisco’s betrayal of trust look pretty ugly. “This wasn’t your story to tell,” she says to Cisco. “This is happening to me, not you.”

And she’s right, of course. But, again, this gets bogged down in The Flash‘s weird season 3 pacing, where people are hiding secrets and generally acting shading just because the story hasn’t called for anything else yet. But, at least, we seem to be past that now–next week’s episode is titled “Killer Frost”–and we can all get back to the real matter at hand, which is still that no one is nearly as mad at Barry for altering their entire lives as they should be. 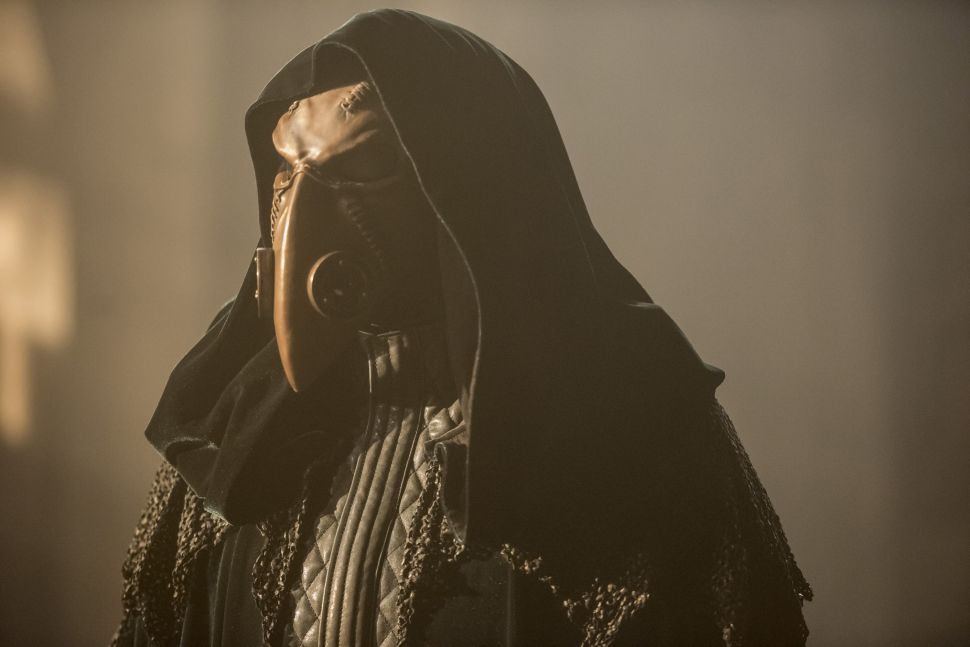 Filed Under: Entertainment, TV, The CW, The Flash