As more people start hearing about Lt. Gen. (Retired) Mike Flynn, who is playing a key role in the Trump Campaign, I have been hearing a lot of speculation about a very private man in the news. Ninety percent of it is total crap, and the rest is speculation. As someone that has worked closely with Mike Flynn over the last 7 years, let me fill you in on some facts about him. I don’t claim to speak for all the military members and intelligence operatives that have worked with Mike Flynn, but I have gotten a lot of input from people still in the government and I want to clear the air a bit.

If you actually get to know Mike you will find an unapologetically patriotic American that lives a life that was shaped by two tough parents, even tougher siblings, hard sergeants, and amazing leaders. He sought his mother’s wisdom throughout his life because she represented everything that is right with America: hard work, paying your debts, being loyal to friends and standing up to injustice. Mike has a large group of family, friends and colleagues that are very loyal to him because he treats them as equals and gives them respect.

I met Mike as he pinned on his second general’s star in the Pentagon at the same moment I met his brother (now also a general). We were part of the team being assembled to fly into Afghanistan with General McChrystal to evaluate and revise the American effort there. Days later, we (about eight of us) flew on a small private jet into Kabul. On the long flight we talked about how we would assess the efforts of the military in the country, develop a good relationship with the Afghan government and all the diplomats (including the U.S.), and how to revamp the NATO and allied efforts.

We immediately launched on a two week tour of the majority of the country. What I quickly noticed about Mike Flynn was that he actually ate and slept less than General Stan McChrystal. He was always switched on, evaluating massive amounts of information, and thinking about how to improve the systems and plans that were currently in place. We were neighbors that shared a door for the rest of my tour, so I can say with confidence that he continued to sleep less than anyone in Kabul—he still owes me for the sleep loss he passed on to me.

I continued to work closely with him over that year as a member of a small team of five people that discussed some key topics and assisted the Afghan government and the Obama Administration to develop policies and gain international support for them. I found him an eager listener who quickly saw flaws in plans and questioned ideas that were weak. He also took good ideas from every person—rank was not as important as capability to Mike. He was a master at working with our coalition partners and knew how to deal with our enemies when it would help us to accomplish shared goals.

Prior to working in Afghanistan he worked on the Middle East region handling some of the worst problems imaginable—often finding solutions to them. Try reading General McChrystal’s two recent books to see how instrumental Mike Flynn was in changing how our special operations forces conducted counter-terrorist missions. Mike believed in building broad and diverse team’s where numerous people could give input and point out flaws. He required his teams to voice their concerns because he actually wanted to hear their thoughts and make the changes they suggested.

Like so many other military leaders, Mike Flynn looked up the 20th century strategic visionary General George C. Marshall during his career. Marshall is known for many things in his storied 50 year career of public service but smart leaders should key in on a very critical moment in 1927.

Now known as the Benning Revolution, this was a moment when the right visionary arrived at the right place at the right time. Marshall, who was then only a lieutenant colonel, told the “old-guard” at Fort Benning that they needed to change everything about what they teach and how they teach it. He was of course not welcomed by the team at first, but he convinced them to follow his lead. He led them to build infantry officers that were experts at Maneuver, took the Initiative, remained Flexible and studied Tactics with an eye towards Improvisation and Creativity. Fort Benning focused on aligning training and education to build future infantry leaders via simple teaching methods that could be easily absorbed by citizen-soldiers.

This is exactly what was needed a little over a decade later when the U.S. prepared for WWII. Over 200 of the generals that executed the campaigns of WWII were “Marshall Men.” They learned the critical traits and skills at Fort Benning that Marshall knew were needed in war. Ironically after the attacks on September 11 our own military had to relearn the ideas that Marshall laid out in 1927. We had lost our ability to think like Marshall.

In 2012 Lt. Gen. Flynn was rewarded for his efforts with command of the Defense Intelligence Agency (DIA). Some leaders above him slightly mocked him when he took command, daring him to try to use his “bright ideas” about the intelligence system to change the DIA. He didn’t listen to the lazy critics; he got after his mission of improving the DIA and influencing the other parts of the intelligence community to deliver better information to the customers on the ground in combat and in the senior decision-making bodies in the government.

He took in lots of advice and input from the workforce and laid out a plan to make the DIA better. His ideas caught fire with the millennial workforce that was now becoming the dominant part of the organization. It also caught on with the older fearless innovators in the organization that knew they needed to change the culture. You can see why from the imperatives he laid out:

Embrace unity of effort; Deliver what the customers need; Get to know your customers well and work beside them when possible; Innovate constantly and push others to do so; Collaborate with your diverse team-mates and embrace their inputs; Build partnerships outside the agency with every spectrum of society—we don’t know it all; Do the right thing always so people trust us implicitly; Be as transparent as possible and share your information as far as you can; Let the people at the lower levels make key decisions—they know best most often; Don’t be afraid to take risks—if you are afraid to fail you can’t improve; Be adaptable, flexible, and resilient; and finally Treat our people as our greatest asset—no amount of money or equipment can replace smart people empowered to succeed.

We talked about the progress of this culture change constantly as I was working in various lower level teams in the Agency, and he knew I would be straight with him. We often ran into each other walking into the headquarters in the dark early mornings before most arrived at work. He parked near the front door in his old beater of a car. We would continue our conversations throughout the day and he was always reassessing his strategy.

He listened to bad news—that’s what I unfortunately often had to alert him to. He never said keep your bad news to yourself; instead he said keep it coming and send up the solutions from your people too. He saw every problem as a chance to improve the organization with a great solution. He believed in innovation and he wanted it to come from the bottom where the experts resided.

Most Americans would like to see a boss walk in to the workplace and explain those new ground rules. But D.C. is not full of most Americans. Unfortunately he was undermined all along the way by a few powerful bureaucrats. I witnessed lots of lazy and backstabbing behavior by people making a lot more money than I did. I fought to remove those scumbags from the organization. I and other leaders tried to keep the motivated millennials in the DIA because every day they had to deal with some other piss-poor leader that was undercutting the Marshall-like ideas that Mike Flynn was trying to implement. Unfortunately our nation lost a lot of great young national security experts because we couldn’t convince them to stay in the government until the idiots retired.

Ironically the end-result of Flynn’s two years of effort was that the next DIA director kept the changes he started in place and the CIA adopted them too.

So bottom line Mike Flynn is a man that listens, reflects, learns and speaks truth to power. He isn’t perfect, and I don’t always agree with him—but we aren’t hiring a saint are we?

If that isn’t who you want around our president; and you would rather surround him with polished and politically motivated campaign experts instead of national security experts I think we can agree to disagree. I want America to make the next generation of “Marshall Men and Women.” 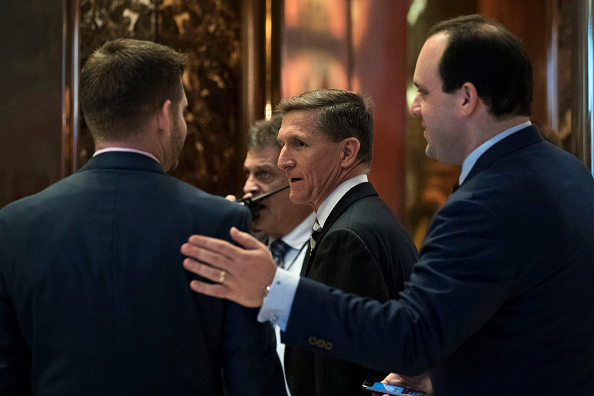