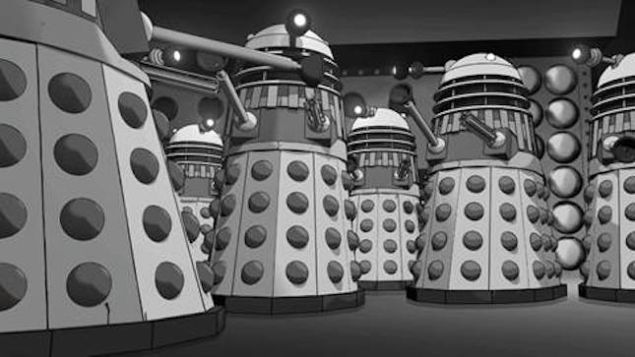 A still from the animated “lost” Doctor Who story, “The Power of the Daleks.” Photo via BBC

BBC America has a treat in store for fans of the long-running science-fiction television show from the BBC, Doctor Who – an animated reconstruction of the classic adventure, ‘The Power of the Daleks.’

This six-part story, originally broadcast in the UK fifty years ago, has been brought to life for new and old fans to enjoy. This is something of a boon considering 2016 (already a terrible year for so many reasons) has been bereft of new episodes featuring our favourite Time Lord.

The Twelfth Doctor, played by actor Peter Capaldi, is back on December 25 but, before then, let’s take a trip back in time…

WHAT YOU NEED TO KNOW

‘The Power of the Daleks’ was the very first serial to feature a newly regenerated Doctor. The previous week, The Doctor, played by actor William Hartnell, fell to the floor of the TARDIS and changed his body into that of a new man – Patrick Troughton (this process has become laterally known as “regeneration” but then was referred to as “renewal”).

And so began a new era of the show.

Sadly, for fans and TV historians, all six episodes of ‘The Power of the Daleks’ were destroyed by the BBC. Back in the 60s and 70s, when a television program had outlived its use (and been rerun as much as they could get away with), the actual physical tapes were destroyed; long before the advent of home video.

A number of Doctor Who stories have since turned up (most recently in 2013) but, for the most part, there are still many “Missing Episodes” (97 at the last count). Some stories part remain and have been completed for home video with animated eps – taking the original soundtracks (which exist due to diligent fans recording off air) and providing accompanying animation.

This is the first time an entire story has been undertaken in such a fashion – all six episodes are missing and have been rendered in animated form here.

In a nutshell, essential for Whovians.

Especially so in a year which has been rabidly devoid of any new Who and, for the majority, ‘The Power of the Daleks’ IS new, despite being a healthy fifty years old.

The brand new Doctor finds himself on the planet Vulcan with his companions Polly (Anneke Wills) and Ben (Michael Craze). Immediately, the Time Lord assumes the role of The Examiner from Earth and discovers that lurking away on a human colony are his foes, the Daleks. But rather than being enemies, the humans here believe the intergalactic pepper pots can be used for good and are unaware of the race’s evil past (which, in terms of Whostory, the Daleks had already clocked up an impressive 32 installments in just under 3 years.

Here the Daleks are quite the different entity. Whereas before, the creatures from Skaro were an obvious menace and threat, in ‘Power’ they strut around helpfully intoning, “I am your servant!” We know what they’re up to and, more importantly, so does the Doctor. Thus begins the drama.

At six episodes, Doctor Who stories often suffer in terms of story-telling but ‘Power’ manages to keep the intrigue and drama sustained magnificently. Cleverly, writer David Whitaker (with a bit of help from Dennis Spooner) shift the focus from the Doctor and his companions (who sit much of the story out) and the Daleks on to the inhabitants of the human colony and political struggles therein.

Leading the cast are Robert James as the scientist Lesterson, a man who truly believes his work with Daleks is for the betterment of his people. His breakdown upon discovering what havoc his plans have wreaked are disturbing and deeply affecting – not the usual fodder from a teatime children’s show.

Also unnerving viewers is the extraordinary soundscape and soundtrack from Tristram Cary, truly otherly and haunting in equal measure. Likewise, the imagery of the Daleks themselves are not family-friendly. They skulk around in the shadows, scheming. Most notably, the Dalek “eyes” feature a dilating iris, reminding the audience of the living creature inside.

It has to be said the Daleks are rendered beautifully in animated form, as are the iconic 60s sets. The human characters, perhaps not surprisingly, don’t come off as well but not to the detriment of the experience. Indeed, the producers of the animation have made a number of fascinating stylistic choices, and all pay off: the use of the 16:9 aspect ratio, older readers will remember this was not an option in the 1960s; and employing more modern camera techniques, such as pulling focus and even a crane shot (again, neither an option for 60s Doctor Who). Wise choices which make the story visceral and palatable for a new audience.

‘The Power of the Daleks’ is an exceptional slice of sci-fi and a must-watch moment from Doctor Who. An utter shame we can’t enjoy it as fans did back in the day but, thanks to this wonderful animated reconstruction, we can fall in love with the story for the first time. Just the power that the Daleks would have over us.

For more information on how and where to watch, visit here. 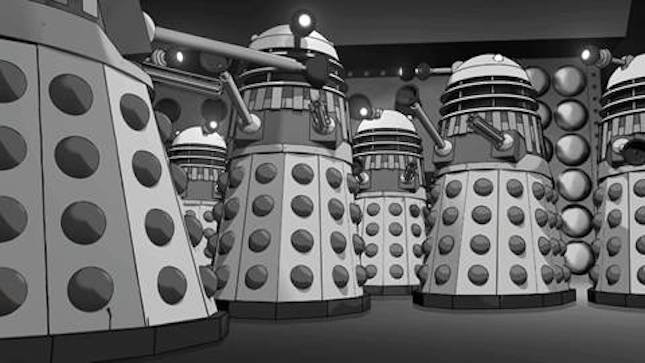 Filed Under: Entertainment, TV, BBC, Doctor Who, animated series, The Power of the Daleks