I have spent close to a decade traveling the world studying what causes people to live fun, and exciting lives. In the process I discovered The EPIC Model of adventure, a four-stage processes every adventure goes through. In my new book, The 2 AM Principle: Discover The Science of Adventure, I combine scientific research and outrageous stories ranging from getting crushed by a bull in Pamplona’s Running of the Bulls, to convincing the Duty Free check out girl at Stockholm airport to leave her job and travel with me within 10 seconds of meeting.

One factor that allows us to have adventurous lives is how we deal with the unexpected. Researchers at Emory University School of Medicine and Boyle College of Medicine, led by Gregory Berns, set out to understand if people respond better to consistent or unpredictable rewards. According to MRI scans, participants’ nucleus accumbens (the brain’s reward center) were more consistently active when rewards were unpredictable. It appears that if you want to increase enjoyment, surprises outweigh the usual activities. Some surprises we can plan and provide, while others we are faced with. We either let them slip away or embrace unexpected opportunities and let them enrich our lives.

The sound of my phone pulled me out of my daydream. My brother Amnon had texted me: “Meet me for a drink at my hotel in Midtown at 8 pm. I can only have one since I have to be up at 3 am for a 6 am ﬂight.” This text actually made me laugh out loud. I have had countless adventurous nights out and, there is one phrase, more than any that tells me the person has no relationship with reality. I call it The One Drink Hypothesis: If anyone ever tells you, “I will have only one drink and then I have to go home,” it’s probably going to be a late night. Chances are good they want an excuse to be irresponsible but have to justify it to themselves by saying, “It’s only one drink—what’s the harm?”

I thought it only fair that I warn him: “I’ll meet you, but I’m telling you right now, it won’t be just one drink.” Assuring me I was wrong, we agreed to meet.

One drink quickly turned into three, and so my brother, realizing he might as well give in to the fun, was inspired to take me to a nearby cocktail lounge in Chelsea. Upon entering, we sat at the bar and continued our tradition of having “only one drink”—at a time, anyway.

After a couple of rounds, it was time to liven things up, and knowing that there was a good Wednesday-night party at a popular nightclub in the Meatpacking District, we made our way downtown. Unfortunately, we faced the not-so-small problem of being on the wrong side of the gender ratio. As two guys with no women, our only hope was to split up. While my brother got in line, I headed out of view down the street. Standing there, I saw two people go into a closed diner. One looked oddly familiar, but it couldn’t be who I thought it was.

I grabbed my brother and told him to play along as we walked into the obviously closed venue. Immediately an employee behind the bar said, “Sorry, we are closed.” But it was too late; I was already talking to a man who had just entered. “Kiefer, is that you? I haven’t seen you since we hung out at the spotted pig. How have you been?”

Kiefer, or as many of us know him Jack Bauer, Director of Field Ops for the Counter-Terrorist Unit, from the then popular TV show 24, turned his head and waved us in. We sat at the bar all lined up: Kiefer and his friend, my brother (who was now grinning uncontrollably) and me.  The bartender asked us what we wanted and I pointed at Kiefer’s drink. We were each brought a whiskey neat and a bottle of Coke. Then Kiefer did something a little unexpected: he asked me if I knew how to drink whiskey.

“You will notice that if you just drink straight whiskey, it can be a little harsh, so what you do is take a sip of the whiskey and follow it up with a sip of Coke,” he instructed. “The Coke soothes your tongue and throat. I was taught to drink like this years ago by one of my father’s friends.”

It felt as if he was a great sensei about to pass down sacred knowledge. I took a moment to drink my whiskey and then my Coke, and I let the memory soak in. I was in a state of awe. In that moment, he was Jack Bauer no more; he was now Kiefer Sutherland, my mentor.

The bartender suddenly interrupted this surreal moment with an announcement, “If you want to stay here after-hours you need to participate in our traditions.” As he lifted something from behind the bar, my heart jumped, worried for what was to come. We were at a closed diner/ bar in the heart of Meatpacking District after midnight, drinking with a celebrity. The only tradition I could think of involved ungodly amounts of drugs. But what the bartender pulled out instead was far more dangerous; it was Jenga. Yes, the game of towering wood blocks, and we were an uncoordinated group of boozed-up drunks about to play the most focused game of hand-eye coordination Western culture has ever created.

Over the next three hours the battle was ﬁerce and only grew with intensity as we kept drinking. At one point, Kiefer pulled out his reading glasses, and as we took turns carefully maneuvering this wood tower of danger, we talked about life, exchanged numbers and invited each other to Thanksgiving; he usually hosted people on the Friday after the holiday.

By 2 AM we had deteriorated to the point where we were singing songs and trying on one another’s accessories. By 2:30 AM everything turned into a complete blur of falling blocks, photos, and incomprehensible dialogue. By 3 AM my brother had to go to the airport, so parting ways with hugs we all agreed we would celebrate Thanksgiving together.

I awoke the next morning on top of my bed wearing jeans and shoes but no shirt, clear evidence that I had had a fun night. Assembling my memories, I looked down at the pile of clothing I had managed to remove before passing out. Something sparkled in the sunlight, but what was it? In the confusion of the night before I had unintentionally stolen Kiefer’s glasses.  Embarrassed about my crime, I texted Kiefer, only to later realize he couldn’t see the texts without them. I tried calling, but there was no answer.

My family and I were contemplating our options for the night. Amnon and I decided it would be fun to stop by the Sutherland family Thanksgiving to return Kiefer’s pilfered spectacles. With his glasses in hand, my brother, his wife, my date and I headed over. Upon entering we were clearly unexpected guests. Kiefer, dressed in a beautiful black suit, stood up. Looking us over, he clearly didn’t recognize us and was obviously skeptical. Sensing the building awkwardness, I passed him his glasses and said, “Thank you so much for inviting us to join you and your family for Thanksgiving. It was a ton of fun hanging out with you last week. In the confusion of our epic Jenga battle, I accidentally took your glasses.”

He looked at me with an intense gaze. It was a stare known all too well by those enemies of the United States who were interrogated by Jack Bauer. As the silence continued, a palpable discomfort was quickly building.

He ﬁnally spoke, “I’m fortunate enough that I can afford to replace these.” I couldn’t get a clear read—was he hinting that we shouldn’t have come or cracking a joke? Was I supposed to excuse myself or make a joke and ask to borrow money.

Then a warm smile appeared on his face, he started laughing, and introduced us to his family.  There was a beautiful buffet and four or ﬁve tables with friends and family eating, having drinks and celebrating the holiday. After we grabbed some snacks, one of his children suggested we play a game. A group comprising my family and his gathered around the table. His daughter grabbed a box from a nearby bookshelf, and as if fate was mocking us, we spent the next hour and a half drinking scotch and Coke and playing Jenga.

This is the beauty of surprises, there are few things that can delight us as much as the unexpected, but we need to be willing to embrace the potential. As Jack Bauer, he may have saved America more times than we can count. But as Kiefer, he saved our nights and hosted us with class.

To discover more about the outrageous adventures, insights into human behavior, and the secrets to living a fun, exciting and fulfilling life, pick up a copy of The 2 AM Principle: Discover The Science of Adventure.

Jon Levy is a behavior scientist, consultant, writer and keynote speaker best known for his work in the fields of Influence and Social Experience. He has worked with countless brands and companies to support their efforts in consumer engagement, customer acquisition,and product development, by applying the latest behavioral research ranging from neuroscience and psychology to economics and biology. 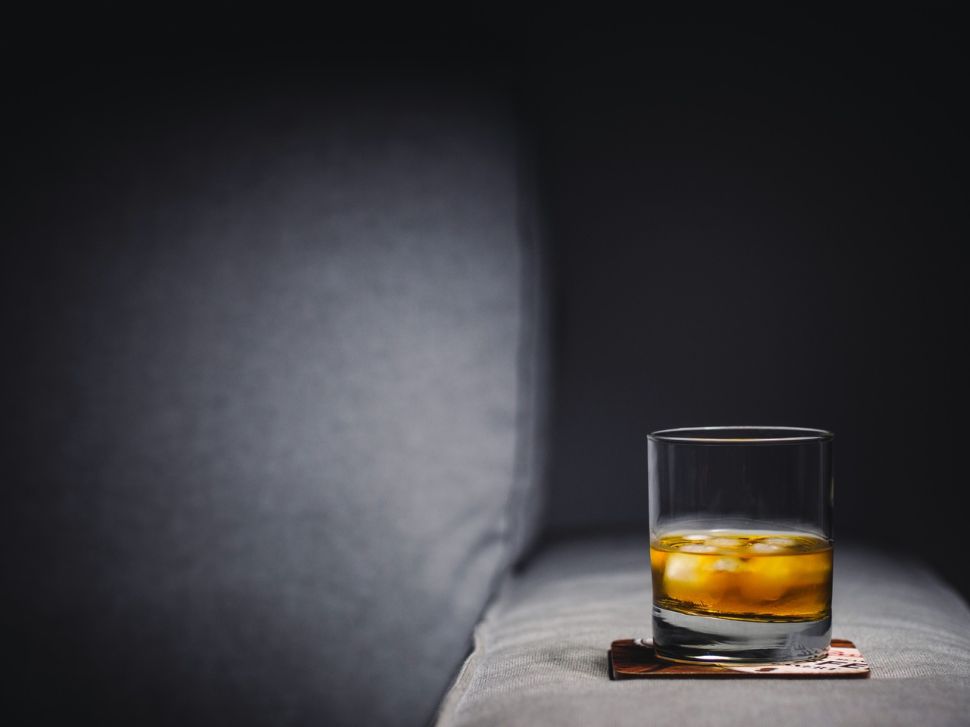