For more than a year, the media, pundits and activists shouted far and wide that Hillary Clinton would become the next president of the United States.

To the very end, polls showed a tight race, but with most leaning toward a Clinton win. On Tuesday night, the polls—yet again—turned out to be wrong, as Republican nominee Donald Trump won the presidency.

Prior to Tuesday, Nate Silver’s FiveThirtyEight gave Trump a one-out-of-three chance to win the general election—and his forecast was the most generous. Bettors gave Trump barely more than a 10 percent chance to win. And of course the media favored Clinton.

When the early exit polls started to trickle in, things looked good for Clinton. It looked like demographics she hoped to win—like Latinos—were coming out in droves. Pundits speculated that the headlines tomorrow would be about a Hispanic “surge” that carried Clinton to the White House.

Meanwhile, those same early exit polls made it seem as though demographics Trump needed to win were pulling away.

But around 9:30 pm, The New York Times election forecast switched to favoring Trump. States that seemed like long shots for Trump—states that Mitt Romney lost—started moving in favor of Trump. By midnight, Trump had won Florida, North Carolina, Iowa, Ohio and Wisconsin. Pennsylvania was moving in his favor, as was Michigan.

The media propped up Clinton and ignored the plight of an entire swath of the American electorate.

Trump had done the impossible. Reports came in that Clinton’s staff had left her “victory” party. Supporters began to cry and leave.

Then, shortly after 1:45 am, the Associated Press called Pennsylvania for Trump, putting him over the necessary 270 electoral votes.

All of conventional wisdom was wrong. Trump truly did read the electorate and do what was needed to win. Clinton had just assumed she would be handed the presidency without having to work that hard. I mean, my God, she was running against Trump, the most hated presidential candidate in modern history; a man the media called a racist, sexist bigot! How could she have lost?

Easy. Clinton was never as safe as the media made her seem. She was the second-most disliked candidate in modern history, and had much deeper scandals than Trump. So many of the Trump scandals the media focused on dealt with things he said, rather than things he had done. Yes, there were reports that he refused to pay contractors or ran a scam of a university, but the media focused more on his comments about minorities and women. Even when the “Access Hollywood” video was released, it was just words. When women started making accusations that Trump had sexually assaulted them, their stories didn’t travel as wide and far as the video.

Clinton, meanwhile, dealt with scandals involving her actions, most notably her mishandling of classified information by using a private email server. Her actions as secretary of state also dragged her down, as under her watch, the Islamic State came to power, Libya fell and Iran moved closer to obtaining nuclear weapons. These aren’t merely things she said that may or may not have happened, these were her actual policy decisions. No amount of killed Osama bin Ladens could change that.

Clinton also couldn’t get out from under the suspicion that she hadn’t actually earned her titles. She married Bill Clinton and followed him to the Arkansas governor’s mansion and to the White House. She moved to New York after they left the White House so she could run for senate in a blue state, which she wouldn’t have been able to do if she hadn’t just been First Lady. Then she ran for the presidency but lost, and was named secretary of state as a consolation prize. Again, that likely wouldn’t have been possible if she hadn’t married Bill.

The media propped up Clinton and ignored the plight of an entire swath of the American electorate. When they did pay attention, it was only to mock or accuse of bigotry. Constantly calling people names and dismissing their unique issues creates a resentment that led to this backlash.

Clinton tried running for the presidency in 2008. She didn’t win. She tried again in 2016. Again, she didn’t win. This is probably a hint that America really, really does not want her to be president. In fact, they disliked the idea of a President (Hillary) Clinton so much they voted for a man the media spent more than a year painting as an actual monster. 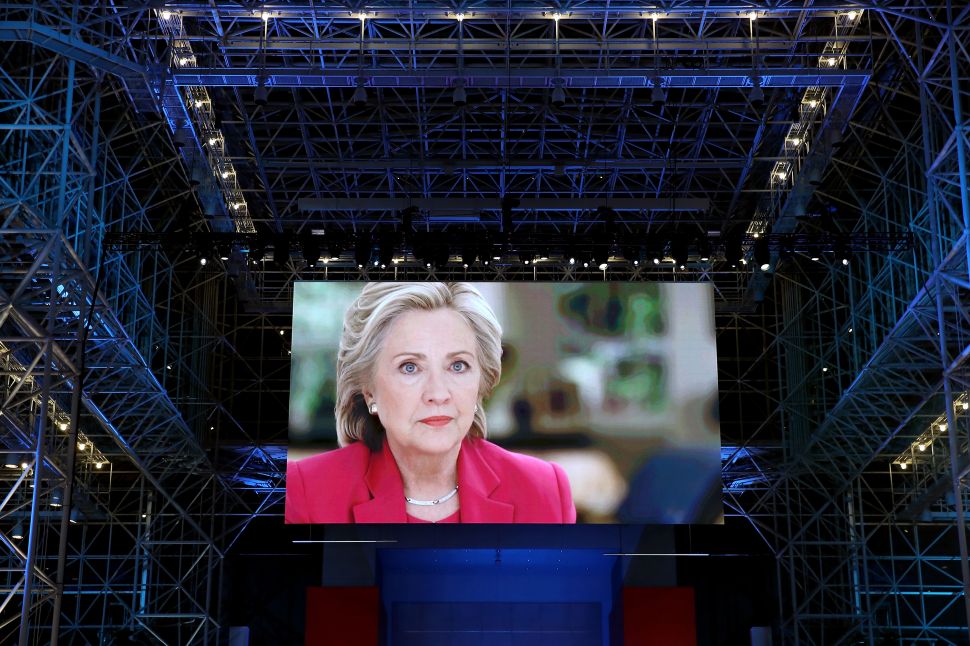