Champagne—in victory you deserve it, in defeat you need it. (So said, Churchill, who drank enough of it.) However you happen to be feeling today, post-election, you’ll want to join in New York’s Champagne Week. A passport entitles you to a glass of champagne and a small plate at numerous participating restaurants. Today they’ll be celebrating the launch of Champagne Piaff with sliders from Pinks NYC, sabrage service and a “sparkling wine-infused dessert bar” by Sara Lehman. The Loft Flatiron, fourth floor, 20 West 23rd Street, 7–9 p.m., $75

Rather than blather on in therapy, catch the cathartic new play Shades, written by Harvard psychologist Paula J. Caplan. The play, which “looks at the dynamics and complexities of families who all carry painful secrets,” features Ashley Wren Collins (Unbreakable Kimmy Schmidt) and Holly Walker, formerly of The Nightly Show With Larry Wilmore. The Cherry Lane Theater’s Studio, 38 Commerce Street, $39

Halloween may not have been enough masked merriment for you. If that’s the case, swing by the Yorkville Ball Masquerade tonight. Funds go toward Search and Care’s programs benefitting the elderly. So you’ll dance secure in the knowledge that you’ll be helping others remain active well into their old age. The Union Club, Park Avenue at 69th Street, 9 p.m. to 1 a.m., $145

Summer may seem very far away by now. This is kind of the grayest and most miserable time in New York. (Other than August. And February, maybe?) It’s that season slightly before New York becomes magical for the holidays. It’s slush season, basically. But you can pretend you’re back in Fire Island today if you venture to Rizzoli Bookstore for their Serendipitous Extravaganza. They’ll be celebrating Susan Kravitz’s new book Mascara, Mirth and Mayhem: Independence Day On Fire Island with frozen hot chocolate at a Serendipity 3 pop-up café in the store. Because if there’s one thing more delightful than books, it’s ice cream. The book itself will document with fabulous photographs “the queenly invasion on every July 4, which is a moment on Fire Island equal to Stonewall in Greenwich Village.” You’ll learn about the history of the “invasion of the Pines,” which began 30 years ago and continues into the present day. And in addition to frozen hot chocolate, there will be drinks and music for you to enjoy. Rizzoli Bookstore, 1133 Broadway, 4-6 p.m., Open to the public

Look, you need someone to cuddle up with this winter. Humans are fine, but you really can’t beat a cat. If you don’t have one on hand, get over to Whiskers and Wonderland today to adopt one: 200 cats and kittens—and rabbits, if that’s your thing—from over a dozen shelters will be available to go home with you. The event will be hosted by the Alliance for NYC’s Animals, in partnership with the Petco Foundation. If you’re bringing your dog along to see if he can get along with a new furry friend, you’ll be happy to hear the a mobile doggy spa will also be on site and offering grooming sessions for $20. Proceeds raised will go to the Alliance for NYC’s animals. You can also expect plentiful give aways for pets and face painting for the kids. Union Square Petco, 860 Broadway, noon to 5 p.m., open to the public

If you are arty and you like to party, God, you’re going to love the Whitney Art Party tonight. Chaired by Common, Brandon Maxwell, Micaela Erlanger and Michael Carl the party will allow you to check out fall exhibitions like “Dreamlands: Immersive Cinema and Art, 1905–2016”, “RED IN VIEW” and “Virginia Overton: Winter Garden.” Whitney Museum of American Art, 99 Gansevoort Street, 9 p.m. to 12:30 a.m., $250

If you’ve a hankering for some madeleines, you’ll want to stop by The Proust Ball. The Belle Époque themed gala sponsored by the French Heritage society will be hosted by his Excellency, Gérard Araud, the ambassador to France. Dinner will be followed by dancing. Plaza Hotel, 768 Fifth Avenue, 7 p.m., $1,000 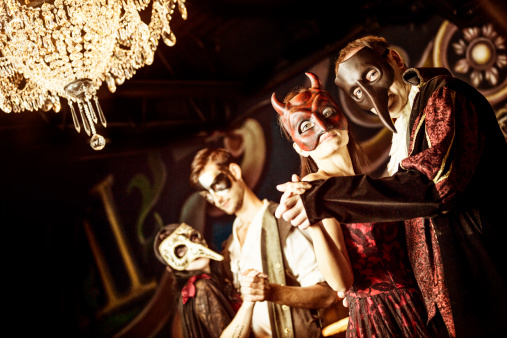