Over the past four years, I’ve discovered many incredible ways to hack my habits, set better goals, and improve my life. I have taught myself to love running, dramatically improved my diet and found the focus to write a bestselling book. Understanding how the mind works and using it to affect my daily behaviors has yielded tremendous dividends.

However, there is one goal that’s nagged at me for years that despite my best efforts, I’ve never been able to achieve — going to the gym consistently. I hate lifting weights. Hate it. I disdain the strain, the sweat, the smells — all of it. The only thing I like about working out are the results. Unfortunately, there’s no way to enjoy the benefits of going to the gym without, you know, actually going to the gym.

That’s not to say building muscle is all that important. Diet has a much greater impact on body weight and health than exercise. But given that I’ve already hacked my diet and no longer struggle with eating right, I wanted to finally get to the bottom of this stubborn challenge.

Why was this one goal so hard to set? If I could figure out a way to overcome this challenge, perhaps it would provide insights into how to tackle other difficult to achieve goals.

Habits vs. Routines—There is a Difference

Recently, it seems habits are everywhere. A slew of new books, not to mention countless blog posts and apps, guarantee a whole new you by harnessing the power of habits. However, almost all of these well intentioned authors promise too much. Many over-prescribe habits as a solution to problems they just can’t fix.

So what are habits, really? According to Dr. Benjamin Gardner, a psychologist focusing on habit research at King’s College London, “habit works by generating an impulse to do a behavior with little or no conscious thought.” Habits are simply how the brain learns to do things without deliberation. These impulses can be put to good use, but only certain behaviors can become habits.

Building a habit is relatively simple — just harness the impulse. For new habits to take hold, provide a clear trigger, make the behavior easy to do, and ensure it occurs frequently. For example, by completely removing unhealthy food from my home and eating the same thing every morning, my diet became a healthy habit. I extracted the decision making process out of what I eat at home.

However, if the behavior requires a high degree of intentionality, effort, or deliberation, it is not a habit. Although proponents of habits tout them as miracle cures for doing things we’d rather not do, I’m sorry to say that’s snake oil. All sorts of tasks aren’t habits and never will be. By definition, doing things that are effortful aren’t habits.

Unfortunately, this means behaviors that require hard work and deliberate practice aren’t good candidates for habit-formation. For example, although I make time for it every day, writing is not a habit. Writing is hard work. If I waited for an “impulse” to write, I’d never do it. To get better at writing requires concentration and directed effort to make sense of the words as they go from the research to my head and then to the screen. Similarly, lifting weights isn’t a habit because getting stronger requires working harder.

So if these type of behaviors aren’t habits, what are they? They’re routines. A routine is a series of behaviors regularly practiced. Routines don’t care if you feel an urge or not, they just need to get done. When I finally realized I would never succeed at making going to the gym a habit, I began looking for how to establish a routine instead.

Now let’s get back to the meat of this technique, goal setting.

A word of warning. Before I share one technique I used to finally get myself to go to the gym regularly, I need to share a few disclaimers.

First, this technique, as effective as it is, can be dangerous. It is a very good way to get you to do a routine but provides no safeguards against doing the wrong thing again and again. Goal setting will hurt you if you set the wrong goals. If you’re doing something counterproductive, this technique will only get you to do more of it. For example, doing tons of sit-ups won’t help you (and may actually hurt you) if you’re also drinking sugary sodas every day.

Second, this method is not good for getting other people to do things. This is for personal use only so don’t try and force it on people who have to do what you tell them, like employees or your kids.

Finally, this isn’t the only method you can use and admittedly this is a rather brute force strain of behavior change. If learning to love a behavior is an option, I recommend trying a different technique. For example, I’ve written about finding your MEA – your Minimum Enjoyable Action. The MEA method is great for simple behaviors you enjoy doing. I learned to love running because I always enjoyed going on walks. Finding my MEA proved very effective at slowly improving my stamina until running replaced walking as an enjoyable pastime.

However, there are certain things we just don’t like doing, but we must do anyway. These behaviors require diligence, grit, hard work and consistency. This is where what I call the “burn or burn” technique comes in.

Now you have a choice to make. Everyday, when the time comes to do your routine, you can chose either option A and do the routine, which in my case was to feel the “burn” in the gym, or option B and literally burn your money. You can’t give the money to someone or buy something with it, you have to set it aflame.

Yes, I know it’s technically illegal to destroy government tender but the reason this technique works is that you should never have to actually burn the money. Instead, the threat of watching your money go up in smoke makes this technique work. I’ve been on “burn or burn” for six months now and I haven’t burned a bill yet. (UPDATE: I’m going on 17 months now and still haven’t burned the bill.)

As radical as “burn or burn” sounds, there’s good science to support why it’s so effective. For one, it’s no surprise we hate losing money. But why not pay yourself for doing the routine instead of taking money away? Social scientists tell us humans feel the psychological pain of loss twice as powerfully as the satisfaction of a gain — a phenomenon known as “loss aversion.”

Furthermore, people are notoriously awful at predicting their future actions. “Sure, I’ll go to the gym tomorrow,” I’d say, but when tomorrow came, I’d find an excuse. The theory of hyperbolic discounting helps explain why what we say we will do in the future is not what we do when the time comes to actually do it. We are “present-biased,” meaning we fail to properly value benefits we won’t realize for some time. These psychological tendencies conspire to keep us from doing the things we know we should.

The “burn or burn” technique works by binding us to a financially painful contract so we can’t weasel out of it when the task needs to get done. In fact, a similar technique was shown to be amazingly effective at helping smokers kick their addiction to cigarettes. The study, published in the New England Journal of Medicine, found that when smokers were asked to risk their own money, they were much more likely to quit.

Unfortunately, the researchers in the smoking study found that very few smokers would agree to risk their money. Perhaps these test subjects knew that if they wagered their own cash, they’d have to actually stop smoking, something they likely did not want to do.

I too struggled with starting “burn or burn” because I knew it meant I’d have to actually do the uncomfortable work. Then, I finally realized how ridiculous this line of thinking was. Why would I resist a goal setting technique that virtually guaranteed I would accomplish my goal?

If I wasn’t ready to commit, then I should forget the goal altogether. But if I really wanted it, I should gladly put money on the line to make sure I’d do the heavy lifting. After several weeks of difficult deliberation, I finally made my decision. I nailed the calendar to my wall, taped my money to the date, and put my lighter on the shelf where it still sits today and every day. 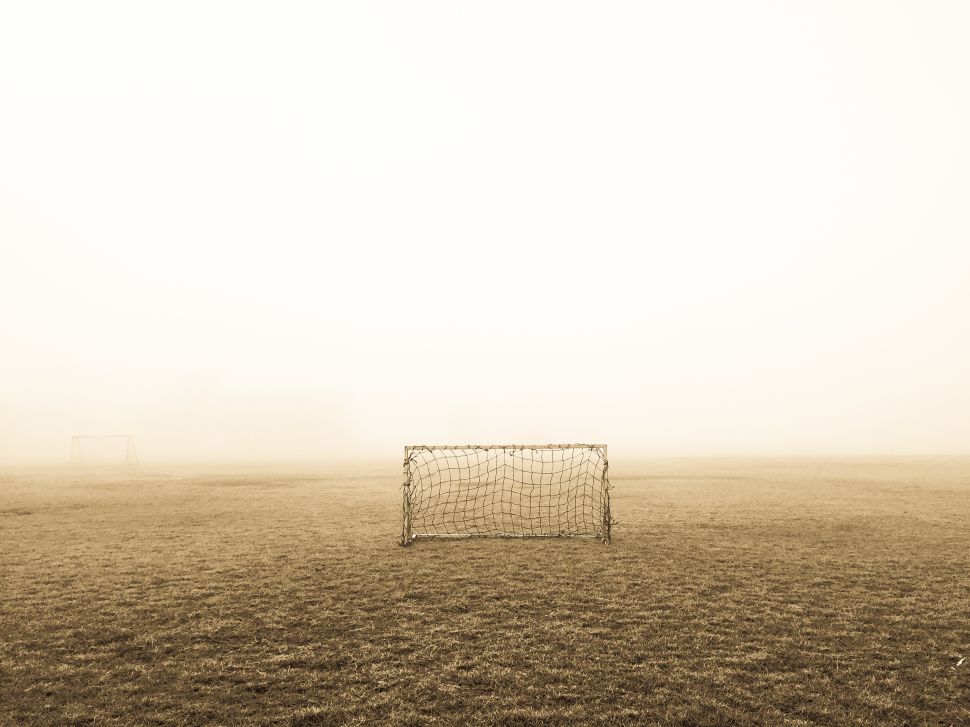