Imagine for a second that I’m your father. I know that may bring up all sorts of awkward and unpleasant connotations, but stay with me here — and until we’re done, just call me “Dad.”

Now, let’s pretend that we’re having one of those intimate heart-to-heart conversations that we all ideally imagine having with our fathers. Maybe we’re sipping beers on the back patio, listening to the crickets and watching the moon slowly find the horizon. Maybe we’re laughing about some movie we just saw or reminiscing about that time you threw the cat in the toilet when you were five.

And in that photo-perfect patio moment, let’s pretend that I’m suddenly inspired by the gods (i.e., three beers) to impart some of that uber-cliched fatherly wisdom to you that’s supposed to completely rearrange the interior decoration of your mind. Let’s pretend that I turn to you, my lovely son/daughter/ambiguously-gendered-person-that-I-don’t-fully-understand-but-still-love-and-accept-unconditionally, and share with you, in all my fatherly wisdom, the three most important life skills that no one has ever told you before.

And then you turn to me and say, “What the fuck, dad? You sound like an infomercial all of a sudden.”

And I’m like, “Uh, yeah…” and then awkwardly launch into the conversation anyway, because, fuck it, I’m your father and you have to listen to me, whether you want to or not.

So yeah, pretend all that stuff is happening. And then imagine this is more or less what I would say.

An unfortunate side effect of our consciousness residing in our brains is that everything we experience in our lives involves us somehow. The car in traffic today cut you off. The cable news show you saw last night pissed you off. Your company’s massive growth this year gave you more money.

As a result, we tend to have an inherent bias towards assuming that pretty much everything that happens to us is actually about us.

This is hard to remember. And not just because we’re so embedded in our brains and our own bodies. But because making everything about us, in certain ways, feels good for short periods of time.

And as a result, you place yourself onto a self-esteem roller coaster, where your self-worth bobs up and down, experiencing dizzying highs and crashing lows with the merciless tides of whatever bullshit happens to be going on at the time.

OK, maybe that was a bit dramatic. But you get the point.

When people criticize you or reject you, it likely has way more to do with them — their values, their priorities, their life situation — than it does with you. I hate to break it to you, but other people simply don’t think about you that much (after all, they’re too busy trying to believe everything is about them).

When something you do fails, it doesn’t mean you are a failure as a person, it simply means you are a person who happens to fail sometimes.

When something tragic happens and you become horribly hurt, as much as your pain has you absolutely convinced that this must be about you, remember that hardship is part of choosing to live, that the tragedy of death is what gives meaning to life, and that pain has no prejudice — it afflicts us all. Deserving or not deserving isn’t part of the equation.

SECOND IMPORTANT LIFE SKILL: HOW TO BE PERSUADED AND CHANGE YOUR MIND

Most people, when their beliefs are challenged, hold onto them as though they are a life vest on a sinking ship.

The problem is that often times their beliefs are the sinking ship.

For most of us, most of the time, our beliefs are not simply ideas that we hold to be true, but they make up key components of our identity. And to question those beliefs means to fundamentally question who we are as a person… which, in case you didn’t know, is really fucking painful.

So we’d rather put our fingers in our ears, scream “La la la la la la,” over and over and hope that that unfortunate evidence that we’re wrong will magically go away.

And once they enter that territory, you’re almost never going to fish them out.

But this attachment to our beliefs doesn’t just afflict science and politics. I’ve seen it affect most people’s daily lives as well.

Take dating. I’ve seen men who still held onto beliefs about themselves that they formed in high school — that women aren’t interested in nerds; that they need to have a bunch of money or a sweet ass car to be loved. Maybe these beliefs served them and explained their lives when they were 16. But at 32, these same beliefs and assumptions were wrecking their dating life.

There is no “how.” It’s all in your head. There is literally nothing to do here other than mentally try on new perspectives and ask yourself, “What if [thing that is opposite of my assumption] were true about me? What would that mean?” And then psychically traverse the answer.

This will be scary, at first. Your brain will resist it. But, of course, that’s where the practice of the skill comes in.

Try this: Write down 20 things in your life today that you could potentially be wrong about. And again, I don’t just mean material stuff. I’m sure my understanding of physics is sorely lacking in many ways. But that’s not the most important thing I need to change my mind about.

What we’re going for here is questioning some of those deep assumptions about your identity — I am not an attractive person; I am lazy; I don’t know how to talk to people; I won’t ever be happy because I feel stuck in my life; I think the world is going to end next Tuesday.

The more emotionally charged the assumption, the more important it is to write it down and challenge it.

Then, after you’ve gotten 20, go through and write down what it would mean in your life if it were wrong.

This will feel scary at first. A lot of your assumptions you won’t want to question. But think of it this way: how confident can you be in your own beliefs if you’ve never challenged them, if you’ve never seen the other side? What we want to develop is that ability to see that “other side.” And those few occasions when it does appear more likely and more valid, hop on over.

THIRD IMPORTANT LIFE SKILL: HOW TO ACT WITHOUT KNOWING THE RESULT

There’s no uncertainty. You just act.

Teacher wants a paper. So you write it. Mom wants a clean room. So you clean it.

And so we avoid it. We avoid making these decisions. We avoid moving and acting without knowing. And because we cannot act on what we don’t know, our lives become incredibly repetitive and safe.

And I don’t reply to those people because I have no fucking idea.

For one, no one else can decide what’s right for your life but you. But secondly, the fact that you’re asking some guy on the internet (or looking for it in a book or something) is itself part of the problem — you are looking to know the result before acting.

There’s a great scene in The Dark Knight where the Joker shares his life’s philosophy:

Now, for all of Joker’s flaws (terrorist, mass murderer, armed robber, political assassin — but we’ll overlook that for now), he does have a point here.

The fact is: sometimes you just have to do things for no other reason than to do them. Do them because you can. Because they exist. As George Mallory said when asked why he wanted to climb Mt. Everest: “Because it’s there.”

Add some chaos to your life. A certain amount is healthy. It stimulates growth and change and passion and excitement.

Developing the ability to simply do things for no other reason than curiosity or interest or hell, even boredom — the ability to do things with no expectation for result or accolade or productivity or fanfare — will train you to better make these big ambiguous life decisions. It will train you to simply start on something without knowing where in the hell it’s going.

And while this will result in a thousand tiny failures, it will also likely result in your life’s biggest successes.

But there’s a subtle trap here, of course.

Many of you will go out and think, “Well, Dad [that’s me, remember?] said I need to start spontaneously doing stuff so that I can be able to make those big decisions in my life despite uncertainty. So let’s see, what spontaneous thing can I plan and engineer today?”

Before you even started, you already failed. There is nothing productive about this. There is no progress here. Stop making everything you do about accomplishing some fucking goal.

Or to put it another way: Get good at wasting time in unexpected ways.

Now, if you’ll excuse me, I have a poker game with a group of random friends and strangers to organize. 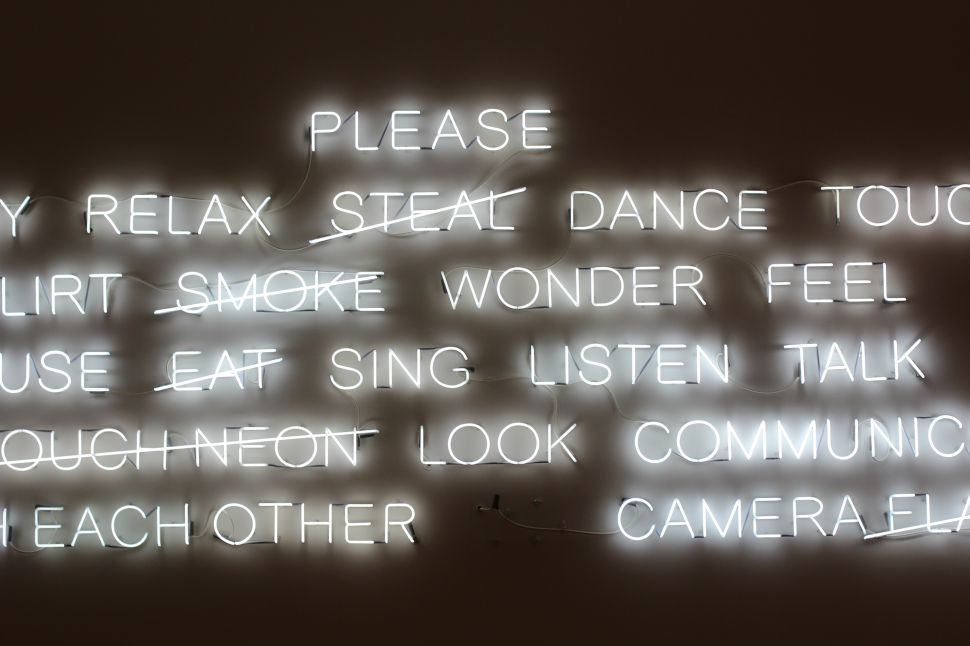