Tom Ford is a rich, flamboyant former fashion designer turned noirish-movie director who dresses entirely in black, gives interviews wearing sunglasses steeped in dark, melancholy pessimism (“There isn’t really an hour that goes by that I don’t think about death,” he told the Hollywood Reporter) and makes overwrought films that are stylish, pretentious and both gorgeous to look at and bewildering to comprehend. His first film, A Single Man, was a dreary disappointment about cuff links, enhanced greatly and remembered primarily in retrospect by Colin Firth’s heartbreaking performance as an aging homosexual who finds love at last and drops dead before happiness sets in. Now comes a sophomore feature, Nocturnal Animals, that is even gloomier. In a season of emotional trauma and post-election despair, it is not the movie to see if you’re in need of a little holiday cheer.

Glossy and lurid, Ford uses confusing multiple timeframes to tell parallel stories about the social and soulful repercussions of American consumerism—the very thing that has made the director a success himself. One story is personal and introspective; the other a brutal mirror of guilt and revenge. Based on the novel Tony and Susan, an elusive literary tome by the late Austin Wright, it chronicles a saga of failed lives reflected in dual stories of sombrous misery and loss. Susan (a wonderfully calibrated performance by Amy Adams) is a celebrated art-world icon with a fabulous glass house overlooking the lights of Los Angeles and a pop-art gallery with A-list clients. Once an unfulfilled wife and mother, she now beds a Wall Street hunk and basks in the phony flashbulb glow of gallery openings like the one behind the opening credits that shows a burlesque chorus line of creepy, obese naked women dressed like drum majorettes with bulging flesh and too much Botox, bumping and grinding to a display of popping fireworks. Nineteen years after marrying and divorcing a romantic but weak and struggling writer named Edward whose career was going nowhere (Jake Gyllenhaal), Susan receives the galleys of Edward’s new novel that he has dedicated to her. Titled Nocturnal Animals, it’s a revenge thriller about a couple named Tony and Laura (Gyllenhaal and Isla Fisher) who take their teenage daughter on a nocturnal drive to their annual vacation in West Texas where they are run off the road by redneck thugs. The two women are raped, tortured and killed, and the husband-father is left shattered and doubting his own masculinity. The violence is harrowing, and as she turns the pages, Susan thinks back over her years with Edward, finding links between Edward and the fictional Tony and between the fact and fiction in her own relationship with her ex-husband and with her own mother (Laura Linney), a wealthy and superficial Texas matron draped in pearls who contributed to the breakup of Susan’s marriage by convincing her Edward was impecunious and weak.

Cutting back and forth between Susan today, aware of the meaninglessness of pop culture as well as its irrelevance, the flashbacks to the past when she turned her back on every avenue to happiness in order to pursue fame, fortune and the self-deception of material values, and the dramatization of the fictional passages in Edward’s novel, Tom Ford never finds the proper way to blend the complex narratives into a coherent and cohesive structure. Unbalanced and mostly incongruous, the images are still graphic, harrowing and fun to watch. The rape scene is hair-raising. The insertion of a best gal pal (Andrea Riseborough) and her gay husband (Michael Sheen) is a gratuitous after-thought. Crammed with Baccarat, Rolexes, high-octane jewelry, designer evening gowns and lavish cocktail parties, the depiction of decadence in the Los Angeles art world vs. the guilt in the conscience of the people who inhabit it is so murky that it charts a clear path for Linney, as a bigoted, homophobic Texas matron, Michael Shannon, as a jaded, two-fisted Texas detective, and Aaron Taylor Johnson, as a vile and murderous white trash stereotype, to steal the picture. Their characterizations are brief, but at least they know where they’re coming from and when to leave through the exit doors.

The juxtaposition of tone, theme and content in the narratives fails beyond the basic ideas. This leaves the capable Gyllenhaal to do little more than scream and rant hysterically, while the peripheral characters (especially the skin-crawlingly menacing villains) get more to do and seem more three-dimensional than the two stars. Tom Ford knows how to shoot a scene, whether it’s relevant or not, so there’s plenty to look at in Nocturnal Animals, even if there’s not much to think about. 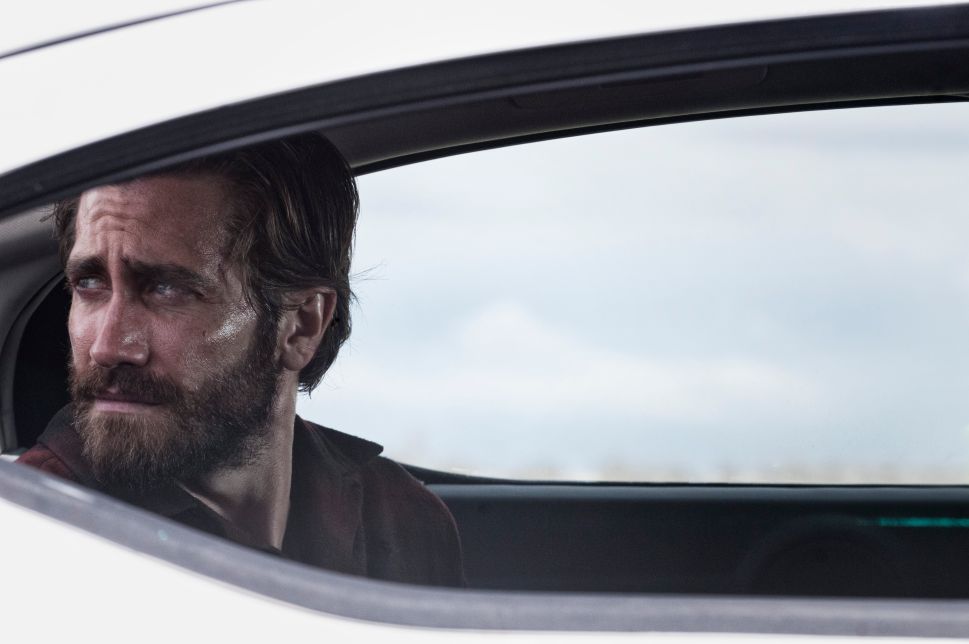