Victory in the contested race secures a seat that was long held by Democrats, as well as ends a seven year exile from elected office for Suozzi. Israel has represented the district—covering the north shore of Long Island to include Queens, Nassau and Suffolk counties—since 2001, but announced last year he would retire from the House of Representatives.

Suozzi’s win marks the first time since 2009 that he has held an elected position. He served four two-year terms as the mayor of his native Glen Cove from 1992 to 2000. Then, in 2001, Suozzi won his first of two terms as Nassau County executive, giving him strong name recognition across the suburban county.

Republican Edward Mangano blocked Suozzi’s bid for a third term in 2009, unseating the Democrat by a single percentage point or about 225 votes. The two faced off again four years later, when Suozzi tried to knock his successor out of office. This time Mangano won with an 18-point edge over Suozzi.

Mangano, however, has faced tough times since the heavy-handed victory three years ago. He and his wife were recently indicted as part of an alleged quid pro quo scheme in which the couple is charged with granting county contracts to donors. The Observer recently reported on the heavy donations of some other Mangano allies.

This is not Suozzi’s first bid for an office beyond the borders of his Nassau County. In 2006, he went head-to-head with then-Attorney General Eliot Spitzer for governor. Spitzer edged out Suozzi in the primary, defeating Republican John Faso in the general election. 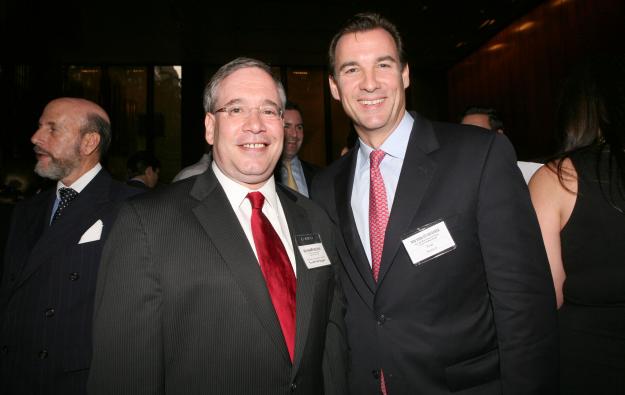