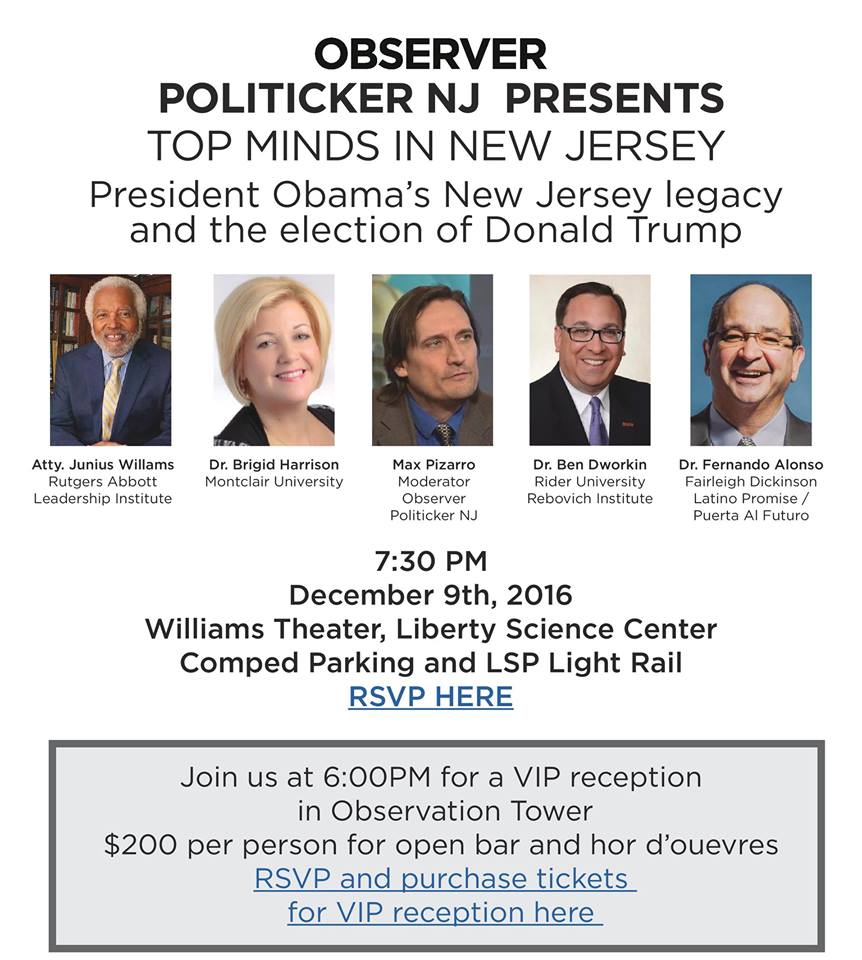 We at Observer PolitickerNJ are excited to announce the first installment in our Top Minds Series, which will feature some of the most respected academics in the state assessing “The Legacy of President Barack Obama in New Jersey.”

Organized by our general manager Pete Oneglia, the event is the first of its kind at Observer PolitickerNJ.

Obama spent a significant amount of time in New Jersey during his eight years in office. From his hard fought primary contest with Hillary Clinton in the Garden State, to his official unveiling of Obamacare at the PNC Bank Center, to his contrasting leadership style with Governor Chris Christie, to his response to Hurricane Sandy and Irene, to the rise of Cory Booker to the United States Senate, multiple events, personalities and political dynamics here helped shape his command of the country. 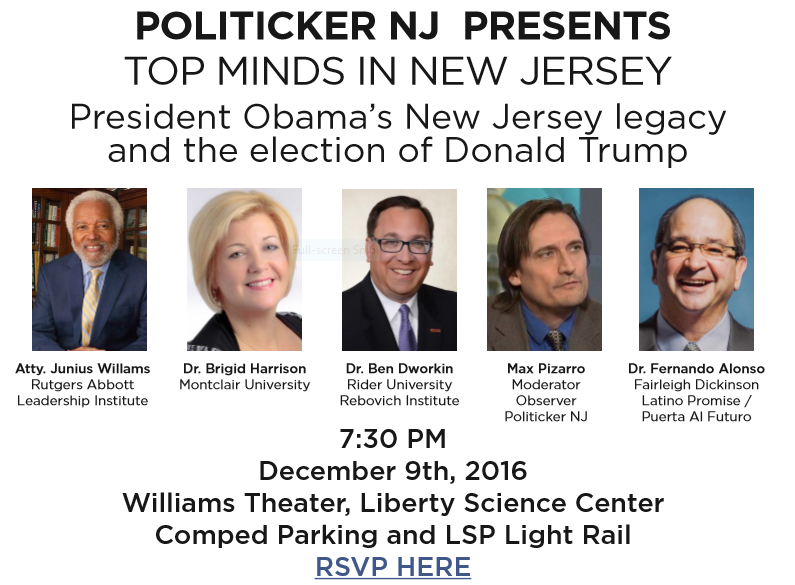