Last Tuesday Mark Frost spoke to the Observer from a hotel room in San Francisco, where he was staying while on tour promoting his new book, The Secret History of Twin Peaks. Earlier that day Frost’s flight from Los Angeles, where he lives, was delayed and then cancelled; he’d flown to San Jose and then driven, marching north, closer and closer to Washington where the Twin Peaks, the fictional town and television series he co-created with David Lynch, has made us wonder if there was something more to hot coffee and cherry pie than there seemed.

He was scheduled for an appearance in town that evening and had ordered room service. “I’ve done it for thirty years now it doesn’t get any easier,” Frost said. For fans, the short-lived, cult show continues to beguile. A Secret History of Twin Peaks is a thick dossier detailing more than 200 years of the town’s history. It’s set as a quest to uncover the identity of “the Archivist”, a shadowy figure who for unknown reasons has gathered tantalizing information on the town’s ancestors and the supernatural. The book sets out to give fans a fuller understanding of the show before the 2017 Showtime restart, which picks up with the characters 25 years later.

Frost talked about the book’s themes, conspiracy theorists and how the qualities of enduring art.

‘The challenge is to create a new and organic history within the book that encompasses the world of the show as it’s created, but also deepens and widens the mythology the show was originally set in.’—Mark Frost, co-creator of Twin Peaks

I just finished the book this afternoon and I was immediately struck that part of the original series’ appeal was enticing fans by allowing them to form their own theories. How do you handle giving them information while getting them hooked?

Mark Frost: It’s a really fine line that I had to walk throughout and something I had to ask myself constantly. I knew one of the jobs of the book is to foster and create interest in the show and get people looking forward to having it in their lives again. But I also did not want to give away a single thing about what we’ve got coming up. The challenge is to create a new and organic history within the book that encompasses the world of the show as it’s created, but also deepens and widens the mythology the show was originally set in. As a novelist that’s what appealed to me about the idea. The chance to go back in time and create an even larger setting for the world of Twin Peaks to exist in.

One of the main themes of the book is the difference between mysteries and secrets. Why was that so important?

I never articulated it to myself as fully as I did when telling the story. If we think of mystery or mythology in the Joseph Campbell sense, as something that is nourishing to us, that enriches and enlivens our lives, as opposed to secrets, which are, inevitably, the creation of people who are trying to acquire or horde or withhold power or money or earthly gain from other people. So I think there’s a really stark contrast here and I think it’s a germane one, a lens through which to look at American history. So there was a dual function for me: it helped serve the story, and I think it help serve the overarching themes I wanted to work with in creating this world.

We live in an age when presidential candidates and the media peddle conspiracy theories. Did that take shape in the book?

I think it does. They’re either revealing a hidden truth about the manipulations behind the scenes of people who are seeking power, or they’re in an utter nonsense world you can disappear down a rabbit hole. So you have to, as a reader, during this experience, walk that fine line for yourself. Which of these conspiracies and mysteries lead me toward truth, and which lead me toward a maze, or a dead end, or the wrong kinds of beliefs. I wanted to frame all that in a setting that includes mysteries and secrets of all types and let the reader sort their way through it and see what they think.

In an age of cellphones where everyone can record something, are there any more mysteries? And how much of a challenge is it incorporating the idea that we can record everything now?

Fortunately for me, most of the book takes place before the age of the iPhone, so it doesn’t impact the stories I’m telling as much as it does today. But there’s a price to be paid, I think, for too much information. People feel overwhelmed by it. It’s sometimes healthier to take a step back and say, ‘Well, maybe I don’t need to know that. Maybe I should be looking somewhere else, maybe inwardly for the things that nourish me, instead of being lead down into the feverish swamps of conspiracy. Maybe I should think about what I can do to improve the lives of the people around me and the community in which we reside.’ It’s a choice people have. And I think that choice, now more than ever, is really relevant and of much greater import than it used to be.

Can we handle a long series?

‘There’s an element of social experiment to it; it’s not a show we’re putting out onto Netflix so you can binge it all at once. It’s a show that maybe you should take one course at a time and give yourself time to digest before you move onto the next.’

I guess we’ll find out. There’s an element of social experiment to it; it’s not a show we’re putting out onto Netflix so you can binge it all at once. It’s a show that maybe you should take one course at a time and give yourself time to digest before you move onto the next. So the book is engaging with all those ideas, and those are things I’m thinking about, separate and distinct form the series. But I think looking forward it will be relevant there too.

I had to rely on an intuitive sense of internal structure. It was the risk-reward ratio: how much could you expect people to invest in really digging in and taking all this level of detail, weighed against how much they get from it. And that was a calculation I tried to have an ongoing calculus throughout the writing of the book.

This begins with Lewis and Clark. From there you show a series of clashes of culture. Do think the series comes down on one side or another whether this tension with an “Other” beings people together or divides them?

I don’t want to speak yet to the new series, but there’s definitely that quality to the old series. Leaving it up to the consumer, or the viewer, or the reader, to sort of figure out their own conclusions and lay out a bunch of different stories and people and arguments and points of view, but do it in an omniscient way [where] I’m not insisting that any one of these is the right way. The consumer should be challenged enough to sort that out of themselves.

When I think of myself interacting with material that I like, that’s the material that inherently appeals to me, that gives me room to have my own reaction. That doesn’t make me feel like I’ve been strapped into a ride at Disney Land and I’m going to be tossed around for three-and-a-half minutes and then they’ll take the seatbelts off and I’ll go back to my regular life. I want something that’s going to linger and stay with me and give me something to think about and chew over. that’s the real objective here; it create something that doesn’t feel disposable.

That said, do you think you or David know all the secrets to Twin Peaks – past secrets – or do you operate with the idea that I know exactly what it is, and I’m going to slowly reveal it?

Well, for me, the process of discovering those things as you go is one of the great joys of working creatively. If you come in with all of the answers you might create something that’s very beautiful and powerful, but I think it will also seem sterile if you don’t leave room for people to have their own reactions to it. There’s such a thing as being a little too perfect – a little too shiny.  I know I prefer things that have room to breath and give you a story, a world, in which you have the room to move around.

How did you know who was going to be a good historic figure to rope into this mythology?

Well, once again it was kind of intuitive. It’s always been my feeling that being a writer requires you to know as much about as much about as many things as you can and to feel as many emotions as you possibly can. To try to live a life of interesting ideas, interesting thoughts and interesting news and filter through whatever consciousness you’ve acquired and create things that offer the same experience to the people who partake in what you’ve done. You give them full meal. You give them something that feels lived in and lived. The mingling of history and fact and conjecture and pure fantasy, for me – which you almost might call American Magical Realism, I guess  – sounded like the right way to go, especially for this material, which has always lived for people in a space that’s hard to define. They don’t know exactly what it is or what it portends to say, but they know there’s something there that they want, they want that experience and to be put in that space without being told what to think or what to feel.

To me, the work I’ve always aspired to do for other people. That I think is the role of the artist in society.

(This interview was edited for clarity.)

The Secret History of Twin Peaks: A Novel by Mark Frost is published by Flatiron Books and is available for purchase here. 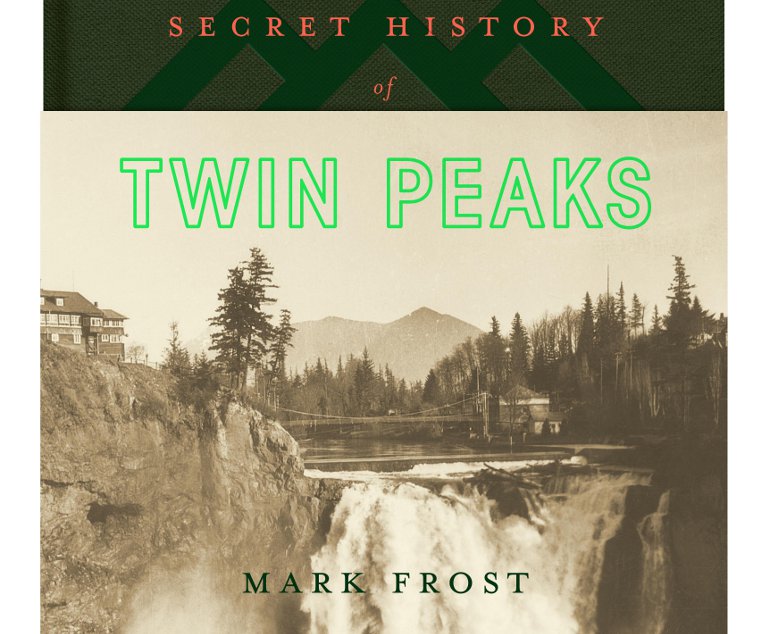