A growing number of Republicans are endorsing Hillary Clinton over Donald Trump for president. Is it time to add Wisconsin governor Scott Walker to that list?

Many Twitter users were scratching their heads this morning after the former 2016 presidential candidate sent out this tweet:

If you like the past 8 years, vote @HillaryClinton. pic.twitter.com/cQEtIgPsEz

While this was presumably supposed to be a backhanded compliment, it quickly backfired because, as many Twitter users pointed out, President Obama currently has a 55 percent approval rating, the highest of his second term. As such, Walker’s mentions were filled with Clinton endorsements, and with people making fun of lack of Twitter acumen:

.@ScottWalker @HillaryClinton Um…. Scott, sweetie, I don't think this means what you think it means

@ScottWalker @HillaryClinton Hi Scott: Big fan of the president’s leadership but not the obstructionist GOP Congress. Your recommendation?

this tweet not gonna go the way you want scott https://t.co/Qpn0mvuALl

At present, this is 54 percent of the electorate, a reality no doubt unimaginable inside your Wisconsin bunker. https://t.co/qb6QSw56gi

"I'm Scott Walker, and I'm confused by this message." https://t.co/9UD01poxPb

Walker’s Twitter feed usually isn’t so polarizing—since he dropped out of the race for the Republican nomination last year, it’s mostly been filled with his baking and hunting exploits.

Just another example of how risky it can be to get political on Twitter. 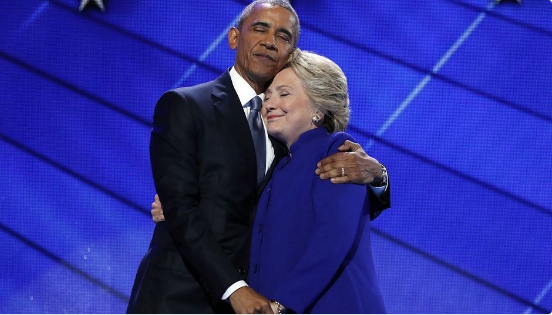