Wearing an Apple Watch probably won’t help you lose weight, but the devices might make your visit to a fine dining establishment better. Come to think of it, that will probably make you gain weight, but at least you’ll be gaining it in the best possible way.

One of the country’s most respected restaurateurs, Danny Meyer, will soon test out Apple Watches (and iPads) for improving operations. He thinks waitstaff makes his restaurants special, he told the crowd at last night’s Cornell Tech @ Bloomberg, but there is one contact with servers that he’d be happy to let his guests skip: payment.

Meyer runs Union Square Hospitality, a group that service industry entrepreneurs watch like marketers follow Facebook. In a conversation with Vonnie Quinn of Bloomberg News, he said he has no interest in using robot servers or electronic menus, but he’s happy to try out technology that can deliver a better guest experience. Plus, he thinks that integrating paying a table’s bill with the same system they used to make their reservation could allow him to get meaningful feedback right after a meal is over. In theory, people leave feedback by paying the tips, but Meyer said everyone always tips what they always tip. His restaurants have been eliminating tipping and shifting to what his company calls “Hospitality Included.”

“I don’t learn a thing from tips,” he told the room.

When Union Square Cafe reopens Thanksgiving week (a date he repeated many times), its managers and sommeliers will all be outfitted with Apple Watches, which will constantly feed them information about guest experiences, as Eater previously reported. That information will be powered by Resy, a restaurant reservation startup, that integrates everything from picking a table to guest preferences and payment.

Guests will be able to create profiles, so that servers know all their little quirks before they ever show up.

The payment part is key. At the end of their meal, guests will one day be able to open the Resy app and deal with the annoying aspects of going out, like splitting up the tab. Odds are, this will be much easier than doing math and deciphering waiter scrawl. Then, when the payment is made, Resy could prompt the guest to rate the experience. Meyer didn’t make it sound like all these features will be immediately implemented at his restaurants, but he wants to get there.

Meyer’s company has a reputation for getting in early on new technology. Meyer said he was an early investor in OpenTable, for example, and served on its board. A quick spot check of his restaurants’ websites revealed a design feature that his competitors should imitate: we checked three menus at random and none of them were PDFs. God bless this man.

Meyer also founded Shake Shack, which now has stores all over the country. The burger and ice cream vendor is trying out a new app now that lets users skip the line. Meyer said it took two years of development for the app to get to this point. The company didn’t use a third-party ordering platform because it wanted an app that reflected the experience of being there.

The advantages to guest experience and operational efficiency appear obvious for both apps, in theory, but consumers might want to stop and consider the larger implications. Going out to eat used to be one of the last few things a person could do without the cloud watching closely. Even if Visa knew you went to Gramercy Tavern, for example, it probably didn’t know you got its duck andouille. That era could be coming to a close.

Creating profiles in an app, letting it know our preferences, track our visits and even manage our payments, it’s another new cache of data points in that ever growing digital shadow each of us casts.

Still, it’s going to be nice to just peace out when we’re ready to go. 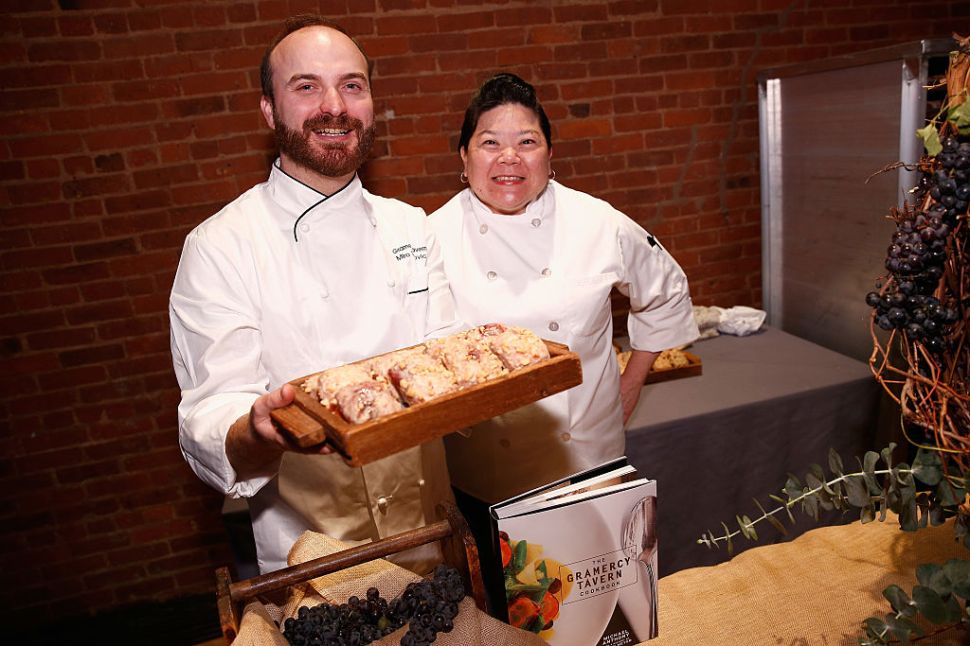