While most Americans are surely excited about this Thursday’s Thanksgiving feast, plenty of them are also worried that political discussions at the dinner table will derail the festivities—an ABC News poll found that 38 percent of Americans are already stressed about talking politics while eating turkey. This fear is making some people want to skip the holiday altogether.

But the advocacy group Showing Up for Racial Justice (SURJ) wants to help. The Louisville, Kentucky-based organization, which brings white people together to fight for racial justice, has opened a holiday texting hotline which offers free talking points about the dangers of a Donald Trump presidency. Anyone who’s interested need only text the phrase SOS (without quotation marks) to 82623—SURJ staffers will also be available for short one-to-one coaching calls.

“It’s vital for white people to break white silence about the danger of Trump’s presidency,” the website reads. “We’ll make sure you have the tools you need to have those conversations over the holidays!”

Of course, starting a conversation about racial justice is easier said than done, so SURJ is also offering an online “Thanksgiving Toolkit” which offers tips about how to have detailed discussions about race without being shut down by relatives. The tips include “Conversations with Trump supporters aren’t about proving yourself right, they are about changing hearts and minds” and “The election just happened, and emotions are high from all perspectives. Check in with yourself, and remember the high pressure environment we are working in.”

SURJ’s guide also includes advice about talking to voters who, like many politicians, have adopted a “wait and see” attitude about Trump. The site recommends asking questions like “Are you concerned about how afraid people, specifically people of color, are feeling?” and “What would you do if you were an immigrant or Muslim person right now?”

For those who want to take the conversation away from the dinner table, SURJ advocates donating to the ongoing protest against the Dakota Access Pipeline at the Standing Rock Indian Reservation in South Dakota. Many activists, who organize using the hashtag #NoDAPL, have been attacked by law enforcement wielding water hoses and tear gas while defending the ancestral Native American land. 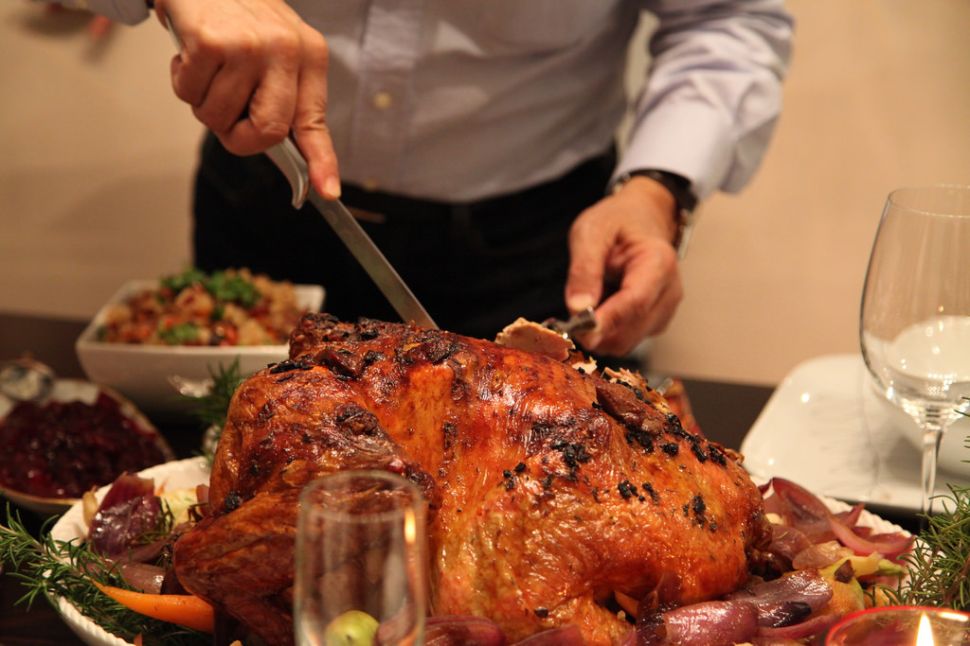