For much of the middle of the 20th century, the most popular and influential journalist in the western world was a gossip columnist and radio host named Walter Winchell.

At his peak, Winchell’s work was consumed by some 50 million people in the United States alone—2/3 of the adult population—which included his radio broadcast and his infamous daily column, which was syndicated to over 2,000 newspapers. It was known simply as “The Column.”

But what was the column? Mostly fake news and prurient, baseless gossip. When it wasn’t trafficking in rumors about the sex lives of celebrities, it was peddling bogus stock tips, pushing government propaganda sourced from J. Edgar Hoover, and accusing mostly innocent people of being communists, Nazis or homosexuals. And that’s just the stuff that Walter Winchell actually wrote—a huge portion of the material in the column was directly submitted and written by press agents.

A 1940 New Yorker exposé once fact-checked the column and found that “of the 131 items in which individuals were named, fifty-four were completely inaccurate, twenty-four were partly inaccurate, and fifty-three were accurate.”

The point is that fake news is hardly new. In fact, fake news is probably closer to the actual heritage of journalism than truth-telling is.

Bear that in mind as you read through the recent avalanche of profiles, exposés and interviews with this new generation of fake news peddlers who we are supposed to believe are responsible for putting Donald Trump in office. Everyone from President Obama to Angela Merkel to CNN’s Brian Stelter has painted it as an epidemic of deceit, and wants you to believe that a breed of bad actors is corrupting our media system.

I wish this was true. If it was, we’d have an easier time doing something about it.

When I sat down to write about media manipulation five years ago, my original point was to show how publicists can direct and influence the news. What I found, of course, was that this kind of manipulation is only part of a larger system—that the outlets themselves are the real sources of manipulation. More, I found that these outlets were simply responding to the economic realities of the news business, just as newspapers a generation ago were driven to do it by the invention of the penny press and intense competition. On top of all that was one sad fact—and it’s expressed in the cheerful comments section of any inaccurate, disingenuous and hoaxed article: people don’t really care.

What I mean is that the narrative of a few greedy publishers creating fake news out of whole cloth is wrong. That is not the problem. The problem is us. All of us.

Our media environment is one in which nobody pays for anything and all are aghast that the quality of the product has precipitously declined. No one subscribes to anything, and then we’re shocked that most of what seems to “find us” is extreme, divisive or exaggerated. Even this column, which I have the luxury of knowing will be read by a large number of email subscribers, will be partly shaped around an “angle” and a headline that will induce it to be shared on social media.

“If it doesn’t spread, it’s dead,” observed Henry Jenkins of MIT’s Media Lab. That is the reality of our media system. It’s a fact that indicts publishers, social media platforms as well as their users and readers. In other words, everyone.

Andy Borowitz knows that a huge portion of his traffic comes from unthinking clicks who confuse satire with real headlines. The Observer knows that the headline “Dave Chappelle Told Jokes About Politics” is going to do less well than its sensational headline about him defending Trump and trashing Clinton (just as TMZ knew they could get traffic out of baiting Chappelle into responding). Just as you know deep down that most of the articles you share on Facebook or Twitter, as Ricky Van Veen pointed out in his excellent TEDx Talk, are about confirming your identity and virtue-signaling.

It’s obnoxious, certainly, but let’s not pretend that internet publishers invented confirmation bias. It’s been a problem for us humans for quite some time now.

Walter Winchell’s column and radio show were riddled with errors and salacious scandals. The real difference today is that instead of one column with a few dozen items in it, those items are now broken apart into individual stories. Each one of those stories is designed to be shared and can spread on its own. Instead of one syndicated gossip columnist competing with a few other gossip columnists at newspapers with paying subscribers, we now have tens of thousands of gossip-mongers competing with thousands of other gossip-mongers (millions in all), trying to be heard over each other. Each is unconstrained in how much they publish, none is deterred by the threat of losing subscribers or advertisers (because they don’t have subscribers and the advertisers buy through exchanges). And again, on top of this, consumers have shown repeatedly that not only do they not care about the accuracy of what they read, they are willing participants in the spread of this misinformation—because it helps them get followers and interactions on their own social media platforms.

Fake news isn’t something new that’s being done to us. We are doing it to ourselves. Just as we’ve always done it to ourselves—the only change is the scale, the speed and the sanctimony.

Still, one can imagine the effect all this has on our culture or on our politics. Why do good work when studies show that this is actually a deterrent to social sharing? Anger is the most viral emotion, so no wonder so much of what we see and hear pisses us off. Nuance doesn’t lend itself to clickable headlines, so everything seems divided and partisan. If readers are only skimming articles and videos before sharing, of course politicians and businesses are going to get away with outright lying and shamelessness.

I said a few weeks ago that the solution to this problem begins at home. Instead of railing about the media, we ought to each begin with our own role in that system. For readers, that means evaluating your own habits. Consuming less, paying for more, resisting the urge to share—this creates incentives for better information and less fake news. For creators and journalists, it means publishing less, it means filtering your work through fewer intermediaries and it means thinking longer term. For me personally, that has meant relying on email instead of social to connect with my readers, focusing on writing my books instead of churning out more articles. For entrepreneurs and Silicon Valley folks, it means looking at the marketplace you have helped create and seeing what might be done. Mark Zuckerberg needs to take his head out of the sand, Twitter should reconsider its 140 character limit, Outbrain and Taboola need to own up to the fact that an enormous part of their business relies on the propagation of bogus news. More people need to follow the lead of folks like Brian Lam and build media properties that cut through the noise instead of adding to it.

It’s a complicated problem and there is more than enough blame to go around. Saying that ‘they’ are the cause of it doesn’t do anything about it. Outrage and finger pointing not only doesn’t make a difference, it is the problem.

Want to Really Make America Great Again? Stop Reading the News.
Exclusive Interview: How This Right-Wing ‘Troll’ Reaches 100M People a Month
The Real Reason We Need to Stop Trying to Protect Everyone’s Feelings
Peter Thiel’s Reminder to the Gawker Generation: Actions Have Consequences
The Cause of This Nightmare Election? Media Greed and Shameless Traffic Worship
This Is the Hollowed-Out World That Outrage Culture Has Created 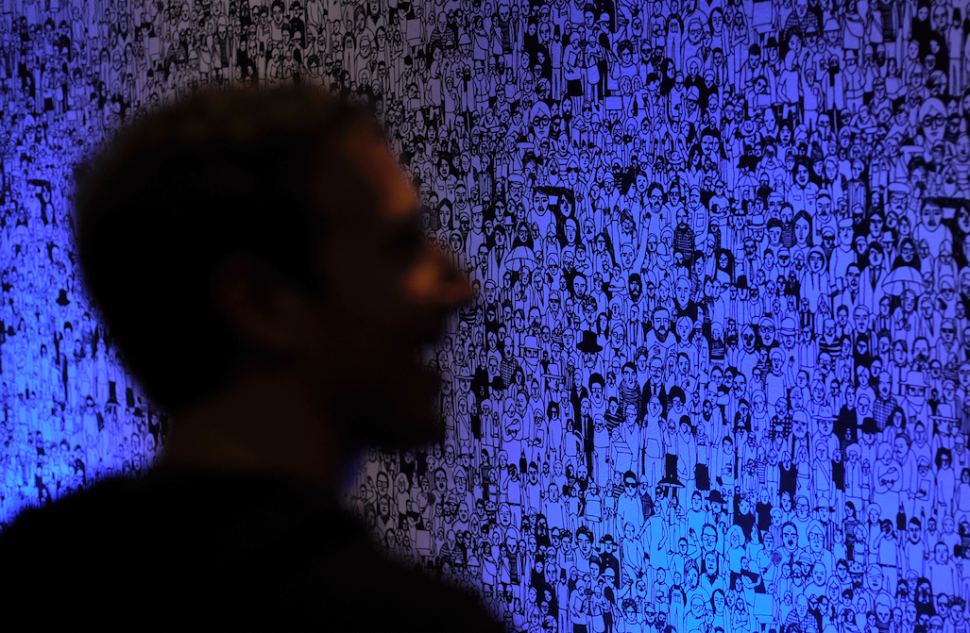