If you liked The Darjeeling Limited (or any Wes Anderson flick, for that matter), you’ll be partial to H&M’s 2016 holiday film. The Swedish retailer tapped the iconic director to create one of his all-immersive worlds, for a short four-minute flick.

Titled “Come Together” and starring Adrien Brody (who is now a staple in Anderson films) as a conductor, the entirety of the picture takes place on a train in the middle of a winter storm. Though it’s missing a cameo from Owen Wilson, it’s easy to find parallels between this Anderson creation and the aforementioned The Darjeeling Limited, starting with nearly identical settings. Factor in an onboard crisis and an inventive resolution, and at the very least this short will inspire you to re-watch the 2007 Anderson classic.

There are plenty of H&M holiday outfits on display, too. From slinky slip dresses and decorated ponchos to cool-guy suede bomber jackets, plus a few retro train uniforms, “Come Together” is a healthy balance of Anderson’s creativity and the fast-fashion brand’s commercial creations. And yes, you can shop all the looks in the film.

This is hardly the first time the Oscar-nominated director has lent his creativity to a branded production; he’s previously created short films for Prada, Stella Artois and American Express.  But hopefully this particular film will hold you over until Anderson releases his next full project, which, according to IMDB, won’t be until 2018. 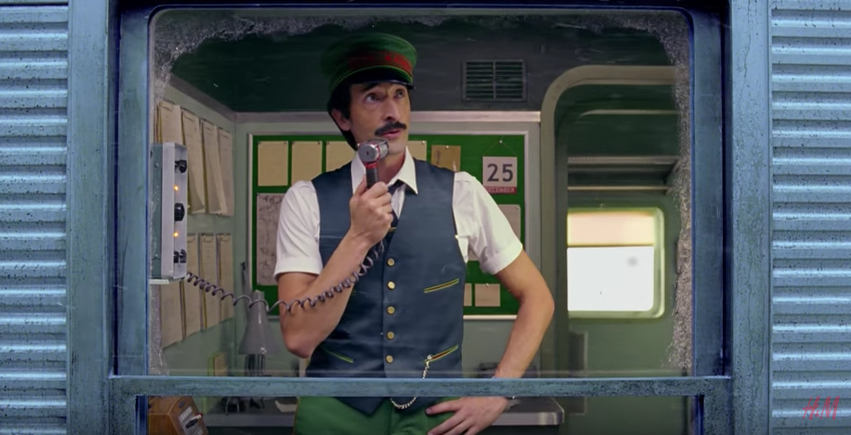