This article originally appeared on Quora: What do VCs really look for when making investments?

There’s a simple answer and anyone that tells you otherwise is BS-ing: when it comes down to it, VCs want to make money. They’re investors. Some of them are the smartest people I’ve ever met; some are even incredibly nice (and sure, some are terrible). But at the end of the day, they’ve got a job to do. And that job is to make money on their investments. That’s it. It’s their only job. It’s not to make the world a better place, not to mentor budding entrepreneurs. One might hope that doing all those good things will align with making them more successful. I want to believe that’s true, but I’m not sure. What I am sure about is that VC’s have a single focus: returning capital to their investors

So what do they look for when determining whether you’ll help them reach their goal and get them get a return on their investment? I can boil it down to these four things, ranked by importance:

1. Great founders. The most important element. If that’s all a company has, it’s enough for a lot of VCs. The better you are as a founder, the less the other things matter. What makes a founder great as far as VC’s are concerned? Three things:

A. Ambition. They’re looking for people who want to change the world, people who will do something giant. If they invest five million dollars and get a 100% return on it to make ten million? That doesn’t move the needle for them. It doesn’t put a dent in returning a $500M+ fund. Even if that’s a good outcome for the entrepreneur, it’s a waste of time for the VC. They want to work with ambitious founders who want to tackle big problems in big ways. They’re not going to be looking for early exits. Consider Flatiron School’s story: Avi Flombaum and I came together with the goal of fundamentally transforming higher education. Before we raised VC we received acquisition offers, but we turned them down because we wanted to do something huge. That’s what investors want to see.

B. Intellect. VC’s look for people with raw mental horsepower. Look at the entrepreneurs you probably respect the most (Gates, Jobs, Musk, Zuckerberg). These are some of the smartest people on the planet. Especially as the world has become more data-driven, VCs want to support people they know can make smart decisions. How do they determine who is smart? There are definitely some biases there. They’ll look at your pedigree—your degree, where you’ve worked, etc. You are way more likely to get a meeting if you have a great resume. But there are other ways they can tell if you’re smart. Maybe you’ve gotten great traction on your startup in interesting ways. Or you have great references from other successful people. (Note: “smart” in this context doesn’t necessarily mean “educated”; more than anything, it often means being the best at whatever it is you’ve done before.) When I was a VC, one of things I would do after meeting an entrepreneur would be to ask, “Who’s the smartest person you know—and can you introduce me?”

C. Relevance. A lot people come up with ideas because their goal is to just start a company. That’s a terrible way to go about it. There should be a reason why you are the person to be solving this problem. The Casper founders worked in the mattress industry for a combined 20+ years; Warby Parker’s founders came from the eyeglass industry. The founder of Oculus was a lifelong virtual reality buff; Greenhouse.io is blowing up because it was built by a recruiter who was sick and tired of not having any software that helped him do his job. Remember: whatever amazing idea you have, there are probably 100 other people trying to do the same thing. And if not, there will be soon if the idea is any good. The X factor is your unique reason to be passionate about the idea. What’s your unique insight into it? Why are you the right person to solve this problem? What is your relevance?

2. Market. As mentioned above, VC’s need giant returns, not just in terms of percentage, but in terms of cash. Let’s say your business is “Blue Apron for Vegans.” There are a million Vegans in the US. Even if you can get 1% of the market to sign up for your service at $100/month, you’re capped at $12M/year (1M*1%*$100*12 Mo). And that’s optimistic. That’s certainly nothing to sneeze at and may be a great opportunity for an angel, but it’s highly unlikely to solicit interest in VCs who are looking for $1B+ exits.

All that said, again, with the right founding team, the VCs will not care. There are some entrepreneurs that can walk into an investor’s office with basically no real idea and get a check—because the right founders will pivot their way to a giant impact. I’ve seen it happen multiple times. Obviously it’s true for people like Elon Musk or Jack Dorsey, but also for those who were incredibly talented in their field and needed some capital to get started on “something.”

3. Product. Everyone thinks this is the top thing VCs are looking at. It’s not. You can have weak product with great entrepreneurs behind it in a great market, and VCs know they’ll figure out how to tweak the product to to make it a winner (some founders are so compelling they can get a check without an idea- hence the “Entrepreneur in Residence” role). Hubspot is a great example. In its first few years, the product was mediocre at best. But the market was huge, the founders were all-stars, and, sure enough, they improved the product… and went public. Certainly, there are plenty of products that were amazing out of the gate, but I can’t think of any that were wildly successful and didn’t also have a great founding team.

4. Deal Terms. This is the last thing VCs care about. They’re more afraid of passing on an amazing opportunity than nickel-and-diming entrepreneurs. Outcomes are binary, so saving a little money won’t impact a VC nearly as much as losing the chance to do a deal at all. If you do find them quibbling over the deal, you can be pretty confident that your problems lie somewhere in points 1 through 3 rather than the deal terms themselves.

Again, a lot of VCs will try to become knowledgeable about industries and develop theses as to where they can invest – this can also often be helpful to entrepreneurs. But I’m yet to meet anyone that doesn’t largely follow this exact framework.

Adam Enbar is the Co-Founder & CEO of Flatiron School. 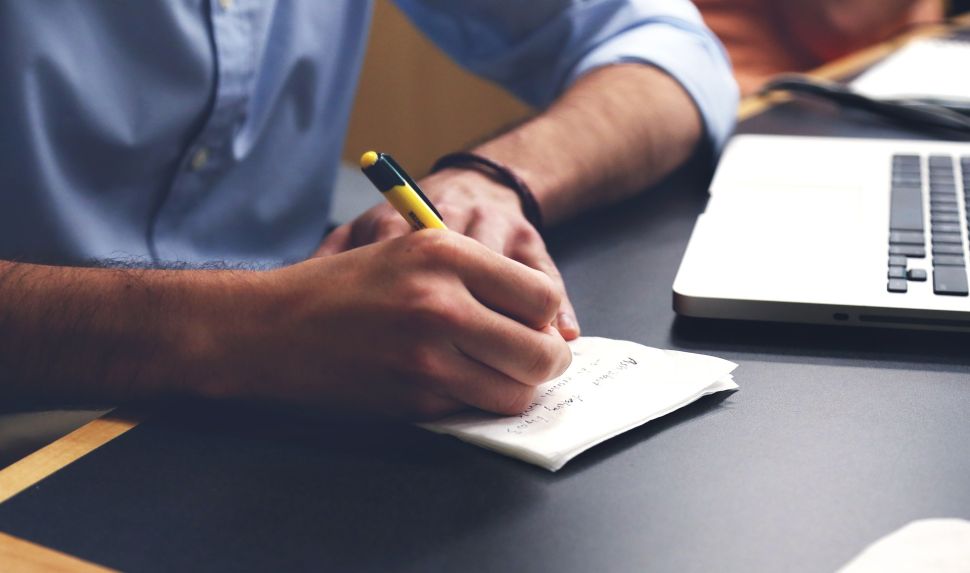