Billions of dollars are currently being poured into self-driving cars. Replacing drivers with artificial intelligence (AI) is a matter of when not if, according to Silicon Valley conventional wisdom.

The future is wondrous, we are told. AI will do all the boring stuff, letting humans focus on what they are uniquely good at.

But, truck driver is the most common job in 29 of America’s states, according to an oft-cited analysis of BLS Data from Quoctrung Bui. Truck drivers, especially long haul truck drivers, are top targets for automation at many self-driving startups.

Rex Nutting has pointed out this count of states is misleading, but he agrees that there are fully 2.9 million truck drivers in America. To make matters worse, Nutting’s list of most common occupations has cashier, fast-food prep, and waiter near the top- all occupations squarely in the sights of Silicon Valley as prime targets for automation.

A world without these jobs could be a world with unemployment on a Great Depression scale. A dystopia with massive unemployment and social unrest. A future where the rust belt expands to encompass the rest of the country.

I grew up in a small Midwest town of Dutch immigrants squarely in the heart of the rust belt. Robots (and free trade with Mexico) were kitchen table issues during my childhood. In fact, I graduated High School in 2002, the last year that factory work was the most common occupation in Michigan.

My parents still live in Holland, Michigan. I can’t count the number of times my friends in Seattle, plucked from all over the world by the long arm of Microsoft Recruiting, have thought I had gone to the Netherlands for vacation.

Me: “Near Grand Rapids.”

Me: “It’s on the coast of Lake Michigan, several hours north of Chicago.”

Anyway, I paid my way through college on IT Jobs for high-tech manufacturing companies. One of them, Innotec Inc (insert Office Space joke here) was intent on running lights out. Lights out refers to an entirely robotic manufacturing operation, one where lights are an unnecessary concession to humanity.

Ironically, the only way to keep a few manufacturing jobs in West Michigan was to eliminate all the old assembly line jobs.

West Michigan was hard-hit by the great recession, but it’s a utopia compared to the Middletown, OH that J.D. Vance describes in his NY Times best seller, Hillbilly Elegy. It’s hard to explain exactly why, but here’re some ideas that would resonate with folks that live there:

When I think of a future where many of the jobs that are common today are gone, I can’t help but think about the study in contrast that exist between West Michigan and Detroit. Thinking of that contrast reminds me of the importance of leadership, faith, ethics, and culture.

The technology is the same.

Manufacturers in western & eastern Michigan use all the same Kawasaki robots to make parts. Coders write the same Ladder Logic to control their machines. But, the culture is completely different.

These are tremendous assets for the future.

With a future of driver-less cars, cashier-less stores, and waiter-less restaurants just around the corner, we need to work to build a culture that can absorb this change.

Building this culture requires investing in what Alexis De Tocqueville identified as the key strength of America- mediating institutions. These freely formed organizations — houses of worship, schools, fraternal organizations, professional associations, and clubs — are vital for a free society. Focusing on these over the Federal bureaucracy is a shocking bi-partisan tradition in America (as David Plotz shows on The Slate Political Gabfest this week)

Chris Arnade chronicles these institutions, with his stunning photography on Twitter.

50. The Bailey's have no car (they caught ride to church), & little money ("we are poor"), but they have faith. "Church is everything to us" pic.twitter.com/CYT02jA6g4

Church is at the heart of many rust belt communities.

8. I am reminded of that so often when I travel US. In Floyd county Kentucky teens hang out at the Walmart Plaza on friday nights pic.twitter.com/0qmaYZAW7C

Mediating Institutions are part of the answer to the problem of unemployed truck drivers. They’ll help drivers deal with the psychological trauma of being labeled “redundant” in a way that no other counseling program ever could.

But even this grand, big idea though it is will only be part of the story. There is clearly much more to say, but we need more voices in this conversation.

More voices than just those on America’s coasts.

More voices than just the ones focused on growth, profit, and returns.

This is what this publication, Wonder and Fear, is all about. Please join us as we seek to think seriously about the joys and challenges ahead.

“Technology can tell you the most efficient way to do something, but it cannot tell you if you should do it.” — Pastor Timothy Keller 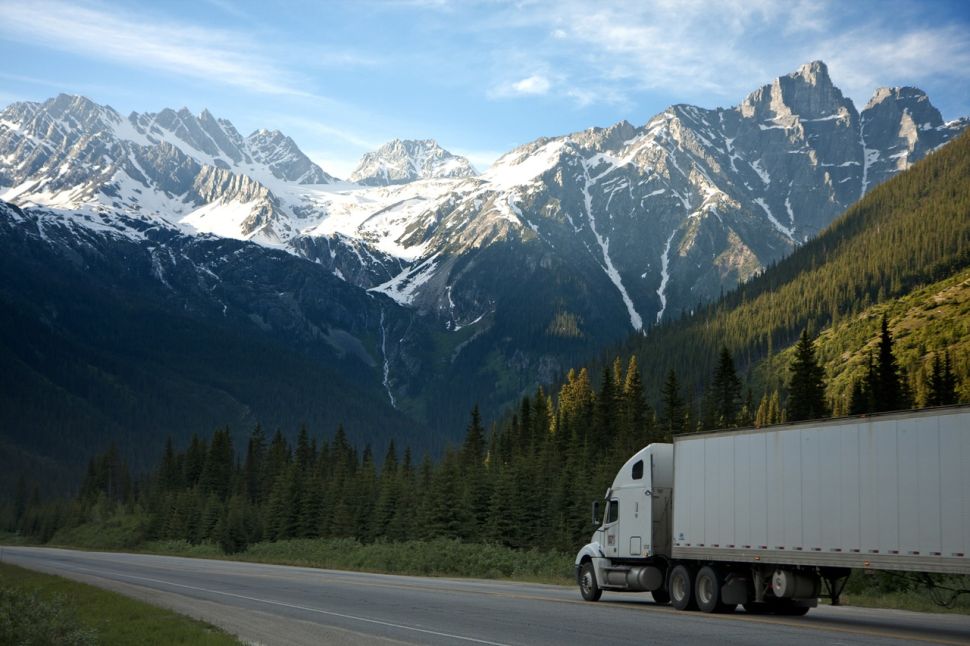