It was a shocking crime by any standards, but in placid Sweden it was unthinkable. On the cold and wintry evening of February 28, 1986, Olof Palme, the country’s longtime prime minister, was walking home from the cinema, through downtown Stockholm, with his wife. The couple had gone out for the evening, on short notice, without a bodyguard.

Forty minutes before midnight, Palme was killed by a shot to the back, at very close range. His wife, Lisbet, was wounded by a second shot. There were several witnesses to the assassination, but none of them got a good look at the gunman. The prime minister was rushed to the hospital, only to be declared dead on arrival.

A massive manhunt ensued but didn’t make much progress since the description of the killer offered by witnesses was vague: white, between 30 and 50 years of age, of average height and build. This was clearly no random act, and Sweden went into a kind of shock. The country was unaccustomed to political violence, and Palme for decades had been an international icon, a lion of the democratic socialist left.

More than 10,000 people were questioned by the police during the course of the murder investigation, while 134 came forward to confess to the crime—all falsely. The inquiry soon stalled for lack of solid leads and appeared dead in the until 1988, when the police arrested 42-year-old Christer Pettersson, a habitual criminal and addict who had previously been jailed for manslaughter.

Pettersson was let go with $50,000 in compensation for wrongful imprisonment, which he quickly blew on drugs and alcohol.

The case seemed to be closed when Lisbet Palme identified Pettersson in a police lineup, but doubts lingered since the police never found the murder weapon, a .357 Magnum pistol, neither could they detect a motive for why a petty criminal—a fellow socialist like Pettersson—killed the prime minister. Nevertheless, Sweden wanted closure, and Pettersson was convicted and sentenced to life in prison.

However, only a year later, his conviction was overturned on appeal. There was no hard evidence linking Pettersson to the assassination, while Mrs. Palme’s identification of him was judged dubious and unreliable. Pettersson was let go with $50,000 in compensation for wrongful imprisonment, which he quickly blew on drugs and alcohol. Efforts in subsequent years to prosecute him again were quashed by the court for want of new evidence, and Pettersson spiraled into drug-induced lunacy. He died in 2004 of a blow to the head, apparently caused by a fall. With Pettersson’s death, the Palme assassination appeared stalled in perpetuity.

There had always been a long list of potential—if vague—suspects in Palme’s murder. He had accumulated enemies around the world in his decades of left-wing crusading. South Africa harbored a particular dislike for Palme, who ceaselessly advocated against that country’s apartheid regime. Only a week before his assassination, Palme had hosted a major anti-apartheid conference in Stockholm, attended by many notables, where he called for the elimination of South Africa’s racist system.

Rumors of a South African angle to the killing circulated for years, and were plausible given that regime’s penchant for sometimes lethal dirty tricks against its opponents abroad. After the fall of apartheid in 1994, the whispers grew louder, and a few veterans of South African intelligence claimed that their government indeed had murdered the meddlesome Swedish prime minister. However, extensive investigation—which authorities in Stockholm initially considered promising—got nowhere. Hard evidence linking South Africa to the assassination has never emerged.

Other theories pushed the idea that Kurdish radicals killed Palme. Fragmentary evidence linking the Kurdistan Workers Party, the notorious PKK, merited investigation, and seemed within the realm of possibility, since Kurdish terrorists had taken sanctuary in 1980s Sweden. However, that trail too went nowhere in the end, while Turkey’s eagerness to pin the assassination on the PKK, Ankara’s mortal enemies, aroused suspicions in Stockholm.

Stranger, even more conspiratorial ideas have proliferated over the last three decades without evidence. Some believed that right-wing Swedish cops killed Palme, while others detected a shadowy Masonic hand behind the crime. A major scandal involving the Swedish arms conglomerate Bofors and its sale of howitzers to India was deemed a possible motive by some amateur sleuths. The only thing linking such fanciful theories of the Palme assassination was the lack of actual evidence for any of them.

After more than three decades, numerous leads have gone cold, many witnesses are dead, to say nothing of the countless pages of case files which need careful reexamination.

One theory that had always seemed plausible posited that Palme had fallen victim to the vicious secret war being waged between Yugoslavia and violent émigrés living in the West. Although the Communist regime in Belgrade got good Western press during the Cold War, thanks to its anti-Moscow policies, in fact the regime run by Marshal Tito until his death in 1980 had an atrocious human rights record, and its secret police, the notorious UDBA, was among the nastiest on earth.

Determined to stamp out what Belgrade termed the “enemy emigration,” UDBA performed roughly a hundred assassinations abroad between the mid-1960s and Yugoslavia’s collapse in 1991, taking out opponents living in the West, including in the United States. That messy affair, which included numerous acts of terrorism perpetrated by radical émigrés too, was waged wherever Yugoslavs immigrants could be found—including Sweden.

In 1971, Croatian radicals assaulted the Yugoslav embassy in Stockholm, murdering the ambassador. The following year, Croatian terrorists hijacked a Scandinavian Airlines DC-9 airliner to win the release of the imprisoned radicals who had attacked the Yugoslav embassy. Thereafter, Stockholm and UDBA alike kept close tabs on Croatian extremists in Sweden. For her part, Lisbet Palme has always believed that Croatian terrorists murdered her husband, whom they hated for cracking down on their violent antics in the country.

Hard evidence for the Yugoslav theory hasn’t been forthcoming either, but it was given new life in 2011 when an infamous UDBA operative stated that his spy service was behind the Palme hit. In an interview with a German newsmagazine, Vinko Sindičić stated that UDBA took out the Swedish prime minister, whom Belgrade considered soft on terrorism, in order to pin it on troublesome Croatian émigrés. Sindičić added that the assassin, one Ivo D., was living in Croatia as of 2011, and the gun he used to murder Palme had been smuggled into Sweden from the United States.

This sounds like a far-fetched movie script, but Sindičić is an actual assassin who spent a decade in a British jail for a botched UDBA hit on a Croatian émigré in Scotland in 1988, while Western intelligence agencies have fingered Sindičić as the culprit in a dozen other UDBA assassinations across Europe in the 1970s and 1980s. His testimony was considered credible enough to assist in the recent successful prosecution of several former UDBA officials for a hit in Munich in 1983, the brutal murder of a Croatian dissident.

Moreover, the notion that UDBA would conduct a lethal operation in false-flag fashion to discredit its enemies abroad is entirely plausible—indeed, we know they did it more than once during their “special war” against Yugoslav radicals living outside the country.

We may soon get the bottom of this messy case, since Stockholm this week announced that it’s reopening the assassination inquiry. The matter is now in the hands of a tough prosecutor, Krister Petersson—who oddly has almost the exact same name as the man wrongly convicted of the murder—known for cracking down on organized crime. Relevantly, Petersson also prosecuted the 2003 murder of Anna Lindh, Sweden’s foreign minister, who was stabbed to death by a madman in a Stockholm department store.

Petersson has a daunting task before him. After more than three decades, numerous leads have gone cold, many witnesses are dead, to say nothing of the countless pages of case files which need careful reexamination. That said, this looks like the last chance to learn who murdered Olof Palme—and why. Having a chat with Vinko Sindičić looks like a good start to reopening the investigation. 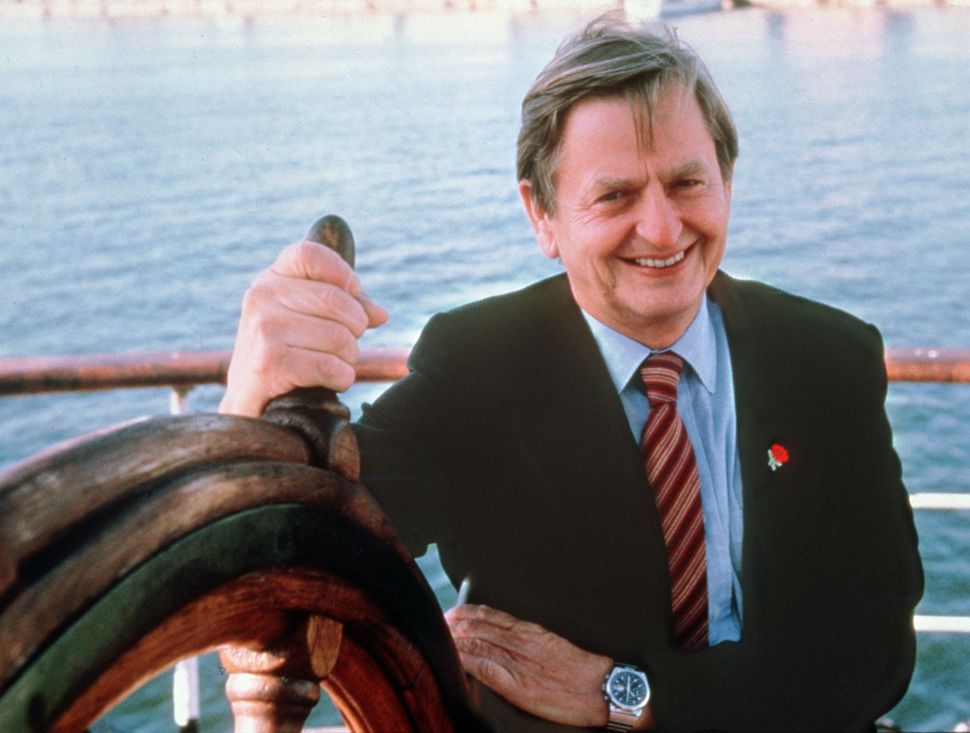