It’s something of an act of virtuous denial to pretend the show wasn’t demarcated by its various love interests. Rory’s character was relatively static—her major plot points (think: cheating with Dean, following Jess to New York, stealing a boat with Logan) were almost always catalyzed by the boy in her life.

I would go so far as to argue that the longevity of the show’s appeal came about from the fun of choosing teams. Even after the show ended, fans could gleefully argue the virtues of Team Logan or Team Jess (god forbid Team Dean) with the loyal rabidity of a sports fan or someone who’s sorted themself into a Hogwarts house.

And so, honoring the tradition that made Gilmore Girls fun in the first place, I will present my case, in light of the new evidence of four Revival episodes, that Team Logan is the only way to go.

I have always belonged to the school of thought that Rory is a little bit terrible, and Revival Rory makes that even clearer.

Revival Rory is worse than Regular Rory ever was. Yes, it shows she’s lost her groove, but it also shows why she and Logan are a perfect match. Take Exhibit A: Paul. Paul is Revival Rory’s hapless new boyfriend—by all accounts a nice, very cute boy Rory has ben apparently dating for two years. Paul is thoughtful and generous. He shows up for dinner with flowers and with an antique wrench he brought because he knew his girlfriend’s mother’s boyfriend would be interested in it. That is A+ boyfriend behavior. And Rory responds by constantly forgetting and ignoring him. This is not an exaggeration—that gag (Rory forgetting her boyfriend Paul) is Paul’s only role in the show. Everyone forgets Paul, ha ha ha. As if that’s not a kind of terrible thing to do to a nice boy. Regular Rory never would have treated Marty like that.

It scarcely bears mentioning that Rory is also cheating on Paul. Rory’s laissez-faire approach to fidelity is documented in the original series: she lost her virginity to the very-married Dean. But where that had been more-or-less played off as a one-time mistake, the revival shows us Rory unrepentantly cheating on her boyfriend with random street Wookies and, of course, Logan, who also happens to be engaged which neither of them seem to care about.

Yes, Logan is engaged to some poor girl named Odette who seems perfectly fine, and even if she wasn’t, she’s fine enough that Logan is still planning on marrying her. Meanwhile, Rory knows this and keeps flying out to share a bed with a taken man, never asking him to break off his engagement or wondering out loud whether she’s doing a bad thing (yes, she is).

After a night of debauchery, Rory and Logan finally break it off with a romantic farewell kiss, as if his being engaged is a tragic obstacle outside their control and not a very real choice a wealthy, privileged, 32-year-old dude in 2016 has made.

Rory and Logan never seem to feel bad about the cheating—only about the fact that Odette is keeping them apart. I don’t mean to sound old fashioned, or like a prude, because I am neither, but I think Gilmore Girls loses sight of the fact that someone cheating on their fiancé is bad and not just a convenient impediment for why a ship can’t float.

BUT—and here’s the important part—it doesn’t matter what I think. It matters what Rory and Logan think and they both think the same thing: that this is normal and tragic and okay because they love each other. They are both terrible in the same entitled way—believing their fantasy entitles them to do whatever they want regardless of how it might hurt others.

So, Rory and Logan are both cheaters. But that just hints at their deeper link, and the reason Rory will only end up happy if she’s with Logan.

Rory’s thing is even though she’s pretty boring, every single person just freaking loves her. Tristan, the Puffs at Chilton, Marty, the life and death brigade, the DAR—everyone Rory has ever been in contact with has been charmed and impressed by the fact that she’s read a book or something. Her entitlement has been her MO all along, beneath the surface of the beautiful baby-faced girl who loves reading and drinking coffee with her fun mom.

We know she’s smart because she got into Chilton and Yale, but at age 32, she is mooching off everyone around her, resting on a few freelance pieces and assuming it’s enough for a career. And from what we’ve seen, Rory is very, very bad at being a freelance writer. 10 years ago she was covering future president Barack Obama and now she’s begging to write fluff pieces for GQ (does she even end up writing that story?) Rory shows up for an interview for a job completely unprepared because she assumes the job was beneath her, and then throws a hissy fit when she doesn’t get the position.

She is a 32-year-old woman crashing with her high school friend Lane. Lane has a life, Rory. She has a family. She can’t just keep dealing with your bullshit all the time and cooking you pancakes in the morning. And when Rory isn’t staying at Lane’s, or her mother’s house, or her engaged boyfriend’s house, she’s at her grandmother’s mansion, a quiet place she can go to write her book. (Oh, that we all had giant mansions to live in rent free, with servants to cook us food and shop for us while we wrote our books.)

That Rory fits in with her grandparents is yet another bright neon arrow pointing to Logan. Unlike her mother who rebelled against her wealthy upbringing and cut herself off to work as a hotel maid and raise a daughter as a single parent, Rory never distanced herself from her privilege. She had her grandparents pay her way through private high school and a private college (or, they would have if Rory didn’t have another wealthy relative to make sure she graduated debt-free), and when Rory was lost and took a break from school, she had Emily Gilmore to make up the guest room and invite her into the DAR.

From Chilton to Yale, we see Rory lean into her old money identity. She didn’t go to a small liberal arts school, or, like Jess, try to make it on her own in New York, or California. We have always seen her comfortably situated and proud among the East Coast elite. She was as insulted as Emily when Logan’s family thought being a Gilmore didn’t make her good enough for him. Rory has always gotten to think she was good enough. And like the job at the website she thought was beneath her, or the married men she’s been with, she floats by assuming she deserves everything.

Exactly like another pretty, spoiled East Coast boy with a wealth safety net.

Rory and Logan deserve each other. And this isn’t to say either are bad people, but they’re both vain and entitled in the exact same ways. They’re both smart and well read, and able to trade Tarantino barbs. Logan is romantic and adores Rory, and Rory needs that. She needs the validation of someone rich and connected and powerful and confident and handsome, and that’s okay. And Logan needs a hardworking “Ace” to be a good influence on him. Compatible socioeconomic status is a major contributing factor into whether relationships will work. Rory and Logan come from the same world. They share the same values. They belong together.

And it bears remembering that Logan wasn’t that bad of a boyfriend. He was incredibly supportive, an excellent listener, and when he messed up, he pulled out all of the stops to show Rory how much he really cared about her. His major faults were his shitty dad (who might have actually been right about Rory not being able to make it as a journalist), which isn’t really Logan’s fault, and his difficulty with monogamy, which also isn’t Rory’s strong suit (see: Paul).

But what about Jess? You’re probably asking about now. Jess is amazing, and loving, and sure he was a jerk when he was a teenager but he’s moved past that! Jess is the best! To that I say, yes! You are right. Jess is funny and cool and smart. And he deserves way better than Rory, the girl who, as Maris Kreizman pointed out in her stellar Vulture review, doesn’t pick up a single book in the entire yearlong revival. Jess deserves an awesome girl in Brooklyn who started her own zine and works nights to support herself and spends her days writing blogs about Elena Ferrante. Sure, he was in love with Princess Rory as a teenager because of course he was. But as an adult, I have to desperately hope he gets to find someone better.

Rory is like Belle in Beauty and the Beast: The hottest girl in town whose defining character trait is that she loves her single parent and also loves to read. She says she dreams of seeing the great wide somewhere outside her small provincial town, but she’s really going to end up happy when she marries the rich guy who lives up the road. 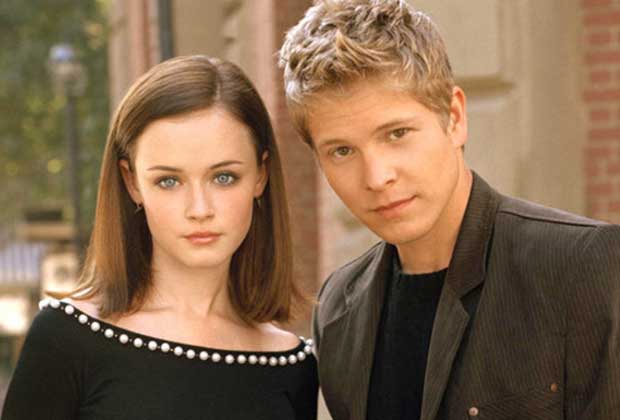