Over the weekend President-elect Trump announced how he plans to staff his administration. Reince Priebus will represent the establishment as chief of staff, traditionally a non-ideological position whose role is enforcing the president’s will. It is with the other names that we finally start to see what Donald Trump’s presidency will look like: Rudy Giuliani, Jeff Sessions, Steve Bannon and even possibly Sarah Palin as secretary of the interior.

The big fear among Trump advocates and critics alike was that the man is a loose cannon, far too volatile to be allowed near the nuclear button. What we see instead is that he is weaving together a basket of dependables. For better or for far worse, each and every person named is a visionary (or an ideologue, if that is more palatable) who views the American left not as the loyal opposition but as Public Enemy No. 1.

What Trump has managed to do—and which the Republican Party has been utterly ineffectual at doing—is to move the Overton window and change what is considered permissible to discuss in public discourse. Many of Trump’s views were regarded as taboo to discuss even earlier this year (i.e., “It’s 2016! How are we still having this conversation?”). Now, the bourgeois press will have no choice but to report and discuss his proposals with at least an air of objectivity. It will drive them absolutely insane. Trump’s discourse goes against everything they believe and everything they have been taught—and there’s not a damn thing they can do about it. (And the fact that they felt their job was to do something about it was precisely why so many voted for Trump.)

Hillary Clinton repeatedly asked voters, “What could be more of an outsider than the first woman president?” In Trump we have our answer. And in fact it’s an answer that has precedent—not here, but in the United Kingdom. When Margaret Thatcher ran for the Conservative Party leadership in 1975, she was widely dismissed as a stalking horse. She would lose, but in doing so demonstrated that Ted Heath was vulnerable, allowing for a “real” candidate to take over the increasingly moderate party. She actually managed to win; four years later she was elected to Downing Street.

This is clearly the Trump model, one of conquest over compromise. He has neither an interest nor inclination in negotiating with the left. This is the Rove model that understandably enraged so many on the left: Ignore the other side and play solely to one’s own base. For Trump, such a strategy is already paying dividends. Sen. Elizabeth Warren, one of Trump’s fiercest critics, has offered him a peace pipe. Others are sure to follow, for the simple reason that power often brings with it, if not agreement, then at the very least obedience.

For many years, progressivism had complete control over the boundaries of racial discourse in America. It was one of their most effective weapons against the right-wing and with very good reason. Trent Lott’s birthday wish for Strom Thurmond on the man’s 100th birthday forced him from the Senate majority leader’s chair. Lott then had to go on a forgiveness tour, announcing he suddenly supported affirmative action. This wouldn’t happen today. The universal consensus that “we need an honest conversation on race in this country” is easy to call for when one is deciding who is honest and who isn’t. The left has lost control of the mic, and it is hard to see what other weapons they have in terms of discrediting their foes.

Many Americans who voted for President Obama did so as an expression of anti-racism. Like they’d been taught all their lives, it was important for them to demonstrate their strong views against prejudice. What did it gain them? They went from being suspected as being racist to being regarded as Klansmen or Nazis. This was not an improvement.

Few Americans are comfortable with the idea that someone should be denied work because of their race. To deny this is unequivocally to be a racist and simply a bad person. But to claim that this principle demands that one also accept unlimited immigration from oversea nations filled with people who have (frankly warranted) hatred for the country that has been bombing their neighbors, is a bit of a stretch. Yet to avoid being called a racist in contemporary discourse, one needs to accept both these scenarios. For many, by this point they simply prefer to be called a name.

For those of us skeptical (at best) of democracy, Tuesday showed what happens when one put one’s rights up to a vote. The vote of someone who subscribes to the politics of Birth of a Nation counts precisely as much as that of someone subscribes to The Nation. Sometimes the numbers don’t fall the way that they should, and sometimes they really end up going the wrong way.

The more power government has over our lives, the more issues that are up for public debate as opposed to private decisions, the greater the certainty that at some point someone you hate will be handed that power. We don’t need more public discourse. Rather, we need the public to have as little control over our affairs as possible. 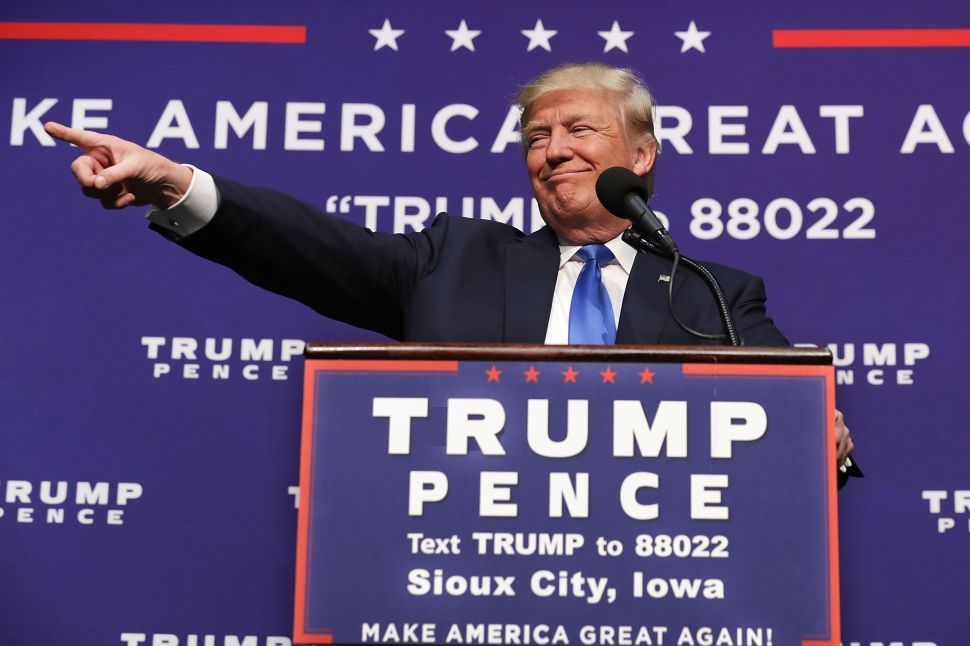