It happens a lot in this era of Peak TV. You’ll be with your friends and amidst some casual conversation, someone asks what everyone’s favorite television show is. Your buddies always namedrop the heavy hitters first: The Wire, Mad Men, Friends, The Simpsons, Breaking Bad. Eventually, everyone settles on The Sopranos as the consensus.

Well, you know what? The Sopranos is completely undeserving of the G.O.A.T. title.

Yeah, that’s right. I said it.

Before you “come at me, bro” for making such a blasphemous declaration, let’s have a sit down at the Bada Bing! so I can present my case. Have a seat; I’ll pour you a drink.

The Sopranos is a great show and it’s impossible not to appreciate its impact on the medium. It was the first transcendent serialized drama that went mainstream. It’s in my top ten, no question.

But greatest show of all time? I think not.

The Sopranos was a television breakthrough in the same way that camera phones were for mobile devices. They were both innovative at the time but the method has since been improved.

The hallmark of a truly great show, in my opinion, is the evolution of its characters. Audiences are fascinated by change and The Sopranos delivered on that early in its run.

The show roared to life in its excellent fourth episode “College,” which had our charming and portly protagonist strangle a man to death in one unblinking take. HBO was terrified they’d lose more than half of their audience right then and there. Rarely had a major series ever painted their main character in such a violently negative light so quickly.

But since we’re all secretly terrible people who love to root for the villain, the gamble paid off. The Sopranos sunk a half-court shot on a risky premise and an atypical lead (read: fat guy).

The icing on the cake was that our murdering mobster was secretly attending therapy, trying in many ways to become a better person. That’s a damn good hook bolstered further by James Gandolfini’s magnetic performance.

Where We Went Wrong

Unfortunately, you can only survive on a steady diet of cannolis and prosciutto for so long.

The Sopranos teased fans with the idea of what Tony could be to distract them from what he really was. For much of the show’s run, our complex, confused, brilliant and flawed character is a black hole (albeit a charismatic and entertaining one) that ravenously devoured plot lines without ever deviating. Whatever whim Tony was feeding in a given episode – doomed flings, power grabs, petty grudges – his linear arcs always ended exactly where you thought they would: there goes another disgruntled goomah and here comes another Tony self-sabotage.

The thing is, you already know this. You’ve re-watched the series and noticed these little flaws; you’ve said quietly to yourself that maybe, just maybe, The Sopranos doesn’t look quite as shiny in hindsight. But no one wants to be the guy at the party hating on The Sopranos; that’s like SNL’s Jebidiah Atkinson roasting Mad Men and Game of Thrones. No one wants to be the buzzkill.

Thankfully, I relish the role.

Other small screen protagonists have emerged that are much more interesting subjects to dissect. Breaking Bad’s Walter White may have settled in comfortably to his role as meth Kingpin, but his journey to that point over the first two seasons was a transformation of epic proportions. Rust Cohle’s epiphany in True Detective’s season one finale may have been a bit too convenient, but at least the audience could say he was a different man at the end than he was at the start. Nearly every character The Wire introduced subverted expectations.

You always felt invested in Tony’s stories, but you also always had a pretty good idea of where it was all heading. The recipe remained unchanged, as did the man of the hour.

Tony could identify his flaws with ease but he never chose to correct them. He was a bad guy who ultimately stopped trying to be good. There’s a clear message in that, but not one that deserves the most coveted real estate on TV’s Mount Rushmore.

Tony wasn’t the only offender either. Carmela wrestled with her lifestyle guilt for six seasons but was always easily appeased by Tony’s lavish gifts. The writers never quite figured out how to use Meadow to advance the overall narrative and A.J. was a sunken cost right from the get go. The best parting gift they could give to Dr. Melfi was a rape subplot. Hooray for female characters!

I know by now you’re likely frantically scrolling for a comments section so you can unleash a wrath of expletives, threats and name-calling. Just bear with me a bit longer as I wrap up my argument and make a reservation at Vesuvio’s.

The Sopranos could whip up a Hall of Fame bottle episode like “Pine Barrens” without breaking a sweat, but Chase always struggled with antagonists (he and Marvel have that in common).

David Proval’s Richie Aprile, Joey Pantoliano’s Ralph Cifaretto, and Steve Buscemi’s Tony Blundetto were all introduced and promptly dealt with in similar fashion. You set ‘em up, Tony knocks ‘em down. Easy pickings. Even Christopher fell prey to Tony’s formulaic destruction. None of them outside of Christopher had the attractive panache of a Gus Fringe, the gravitas of a Wilson Fisk or the compelling duality of an Avon Barksdale. In other words, none of them were very memorable.

Maybe that was the point?

In the end, Tony was always going to be his own worst enemy; the biggest bad The Sopranos could conjure. Depending on who you ask, his choices resulted either in his death or a life of paranoia in the most polarizing series finale of all time. Either way, it doesn’t really matter. What matters is that despite the constantly changing stories that ensnared Tony each week in life and death situations, the man we see in that diner booth is the same man we saw feeding ducks in the pilot. Almost everyone we came to know and love and hate over six seasons are either dead or stuck on the same exact path they began on.

Maybe The Sopranos realized long before True Detective that time is a flat circle and we’re all just reliving the same mistakes over and over again and that no one really changes. In a way, that could be what made The Sopranos so great at first, but it also turned out to be the show’s undoing. 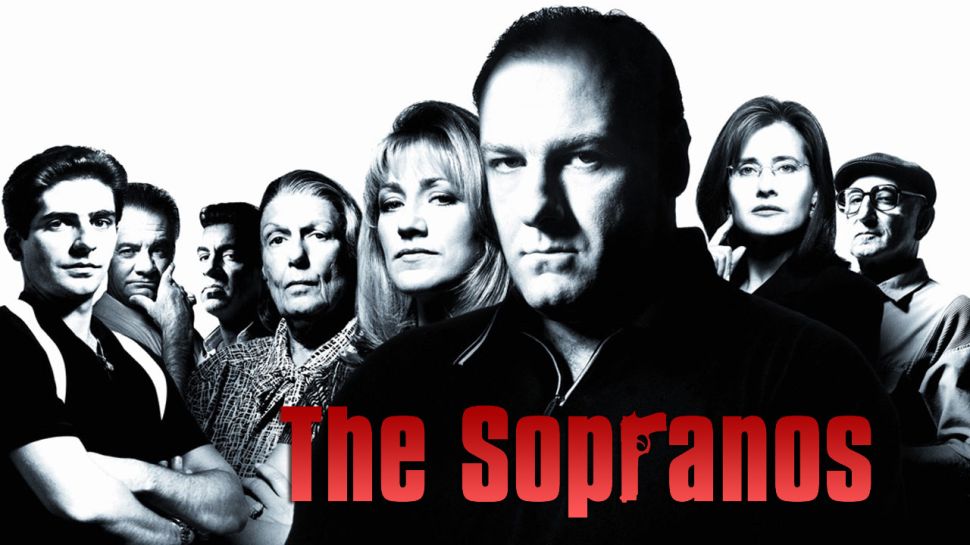