Democrats have been depending on their spin machine to divert attention from the WikiLeaks revelations. Russian conspiracies, vague claims of fabricated emails without proving one single release has been fake, and claiming the content of the emails are benign without reading them have been the most frequently used damage control tactics attempted by Clinton partisans.

The Podesta emails have provided further evidence the Clinton campaign rigged the Democratic primaries for Hillary Clinton with the help of “neutral” Democratic National Committee (DNC) staff and “autonomous” mainstream media outlets that coordinated together behind the scenes.

The emails revealed the Clinton campaign lied about how early they started her campaign while the Clintons continued the highly-paid speech circuit.

Chelsea Clinton was exposed as having used the Clinton Foundation as a personal checking account, while her husband used it to find investors for his hedge fund.

Hillary Clinton has been proven to be as inauthentic and scripted as her critics initially claimed, with her campaign staff often debating in released emails what Clinton should say and what her policies should be without the candidate making any actual input. Clinton’s highly paid PR consultant Mandy Grunwald called her “cronyistic” and said that she hasn’t driven a car in 35 years and has flown all over the world but accomplished nothing.

Dubious and prolific Clinton donors George Soros and Haim Saban have unabated access to Clinton and her campaign staff.

The Assistant Attorney General at the Department of Justice Peter Kadzik was tipping off the Clinton campaign to confidential dealings of the DOJ.

The Clinton campaign meddled with the dates of the Democratic and Republican primaries to benefit Clinton. Donald Trump was purposely elevated by the Clinton campaign and mainstream media in order to provide Clinton with a weak opponent in the general election.

The latest WikiLeaks emails released November 8 and the night before reveal that DNC interim chair Donna Brazile provided the Clinton campaign with more questions in advance of CNN debates and town halls. Brazile told The Washington Post in 2014 she would not be neutral in the Democratic primary. She freely admitted that she would back Clinton, despite the DNC charter demanding her neutrality in the primaries as an integral component of ensuring the process stayed fair and balanced. Brazile continuing to serve as head of the DNC after CNN severed ties with her suggests the Democratic Party favors loyalty to Clinton over maintaining any semblance of integrity.

Despite “a fundamental conflict of interest” with Joel Benenson’s work at the White House, the Clinton campaign hired him as a pollster and advisor to the campaign in 2014.

In a 2014 email, Hillary Clinton asked Podesta—who was serving at the White House at the time, though she was no longer employed there—to disclose intelligence information on Libya.

Instead of just releasing Clinton’s speech transcripts to Wall Street firms, the campaign prepped in a March email chain for questions from friendly journalists who wouldn’t push the issue.

The WikiLeaks release of emails from Podesta have largely vindicated critics of Clinton. Nearly every defense and diversion regularly employed by the campaign to defend Clinton’s abhorrent political record has been debunked. Under a Hillary Clinton presidency, these same critics will likely be repeating, “I told you so,” throughout the next four years. 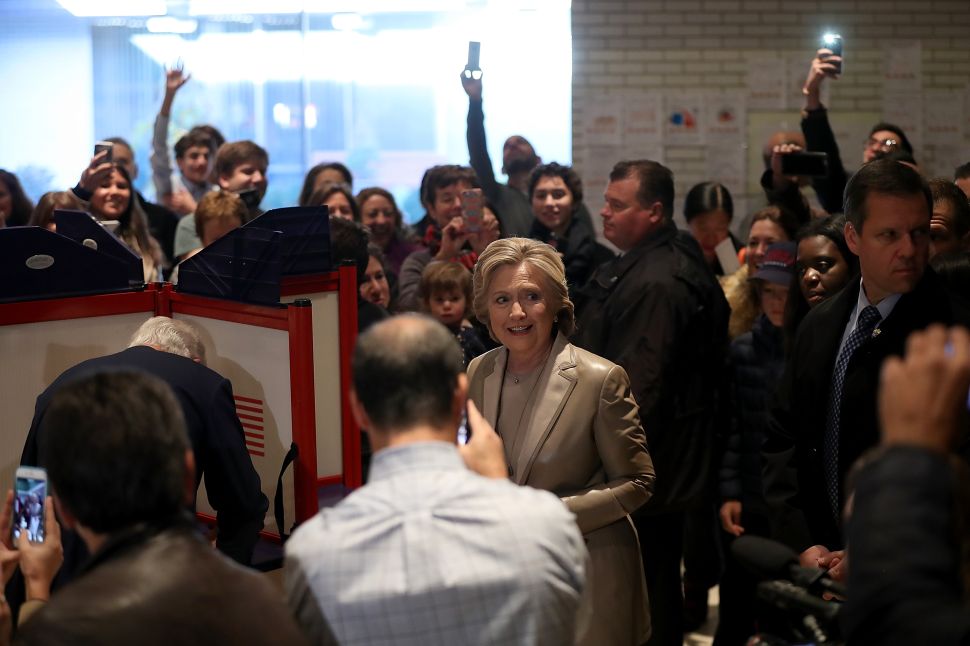