Her opponent, Republican John Faso, declared victory shortly after 11 p.m. Tracking by The New York Times showed him with a six-point advantage with 55 percent of precincts reporting. Faso, a former Assembly minority leader who hasn’t held elected office since 2002, will replace Rep. Chris Gibson, who opted not to run for re-election.

The Faso campaign kicked it into high gear in the final days of the campaign. A Time Warner Cable News /Siena College poll showed the Republican with a six-point lead over Teachout, a Fordham University law professor, with just two days before voters casted their ballots.

The poll found that Faso was able to sway over Independent voters—considered crucial in the vast district, which includes all of Columbia, Delaware, Greene, Ostego, Schoharie, Sullivan and Ulster counties as well as pieces of Broome, Dutchess, Montgomery and Rensselaer counties.

The race found Teachout as the favorite of the state Democratic establishment—the same one that practically shunned her when she ran against Cuomo for governor in 2014. Senators Charles Schumer and Kirsten Gillibrand both backed her early, as did most of the local county parties.

Cuomo offered a tortured endorsement of Teachout—although not by name—when approached by the Observer in July.

That came two years after the clean government academic named him “the most corrupt governor in New York history.”

Teachout also enjoyed strong support from Vermont Sen. Bernie Sanders, whom she had endorsed in Democratic presidential primary. Sanders sent several fundraising appeals on her behalf, and appeared with her on the campaign trail.

Teachout made a surprise in the gubernatorial primary in September 2014, seizing one-third of the Democratic vote against the well-funded Cuomo campaign, which cruised into a second term later that November. Teachout, a native of Vermont who until last year lived in Brooklyn, originally tried to challenge Cuomo on the Working Families Party line. That hope was quashed when Mayor Bill de Blasio brokered an 11th hour deal for the left-leaning party to endorse Cuomo in exchange for a more liberal platform.

The gubernatorial race gave Teachout some name recognition, however. The come-from-behind performance led some progressive Democrats to recruit her to run for the 19th District, despite having not lived there. She announced in January that she would in fact make a bid for Congress in the Hudson Valley district, having relocated to Dutchess County.

Faso meanwhile has won his first successful election in 16 years. The longtime ally of ex-Gov. George Pataki served in the state Assembly from 1987 through 2002—the last four years as minority leader of the lower chamber. He left the legislature in 2002 to launch a failed run against Democrat Alan Hevesi for state comptroller, and lost the 2006 governor’s race to Eliot Spitzer (both Hevesi and Spitzer would resign before their respective terms expired).

Democrats have failed to win the sprawling district, which was redistricted as the 19th starting in 2013, in nearly a decade. The last time the party won a congressional race in the region was in 2009, when Scott Murphy won a special election to finish out Kirsten Gillibrand’s term following her designation to finish Hillary Clinton’s term in the U.S. Senate. He lost re-election in 2010 to Gibson. 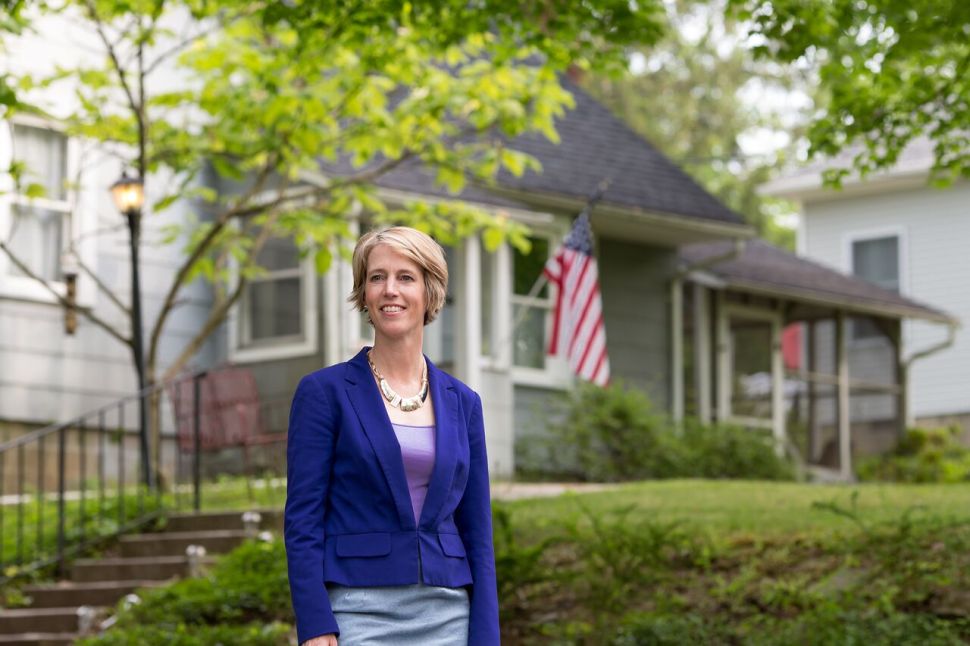