Now if you’re like me and your social life is, ahem, open, you already saw these on opening weekend. But if you’re a normal person, you may have missed out on a few. Fear not, I’m here to help you prioritize as you play catch-up.

Here are 2016’s superhero films ranked from worst to best.

Holy hell, was this movie a dumpster fire filled with dirty diapers.

But let’s begin with the good. Will Smith gives a patented Will Smith Movie Star performance and Margot Robbie absolutely slays as Harley Quinn. Even Jai Courtney is entertaining. Now the negatives: literally everything else.

The movie is so haphazardly put together in such a disjointed highlight reel type of way that it feels like it was edited by a club promoter rushing to get to a rave. The film speeds from one punch line to the next while blaring Top 40 hits at every turn like a cheap Guardians of the Galaxy bootleg. At no point does Suicide Squad concern itself with normal movie things like pacing, plot development or common sense.

Jared Leto’s Joker, one of Suicide Squad’s biggest selling points, seems like he’s in a completely different movie due to how disconnected he is from the main story and his limited screen time. I guess the jokes on you, Jared.

The neutered final product plays like a frenetic movie trailer where angry YouTubers argue in the comments section. As a result, Suicide Squad earns its place as the worst superhero movie of 2016.

I mean, Apocalypse is fine, I guess. Its story is clearer than others on this list. It isn’t terrible and it isn’t great; it’s the Wendy’s of superhero movies.

But for a ranking like this, you have to leave an impression and Apocalypse is one of the more forgettable entries of 2016. Director Bryan Singer just tried to do way too much.

1) Introducing younger versions of familiar characters to carry on the franchise should Jennifer Lawrence and Co. call it quits.

2) Giving J-Law’s Mystique a hero platform despite the character traditionally being a villain.

4) Getting a mulligan for the Jean Grey-Dark Phoenix storyline from X-Men: The Last Stand.

5) Setting up future installments in the series.

Damn, and I thought my grocery list was daunting.

X-Men: Apocalypse is a vanilla offering in what is the most popular genre in movies.

I’m not exactly a Dawn of Justice apologist, but I think it’s better than its 27% rating on Rotten Tomatoes (I gave it a C+). The first 45 minutes are really entertaining, Ben Affleck is a surprisingly great Bruce Wayne/Batman and Gal Gadot’s Wonder Woman is a friggin’ rock star.

But, man, Zach Snyder directs like Nicholas Cage acts. He’s all over the place.

Dawn of Justice feels like a hodgepodge of different scenes thrown together. The movie skips around from character to character so quickly that no one single storyline is given enough to time to build momentum. Right when you’re starting to settle back into things, Snyder hits you with the laziest teaser ever with those metahuman videos. Sweet backdoor Justice League trailer, bro.

The convoluted story (why did Bats and Supes hate each other again?) and weak villains (calm down, Jesse Eisenberg) did this film no favors either.

I can’t remember a movie that had so much hype going into it and so hilariously failed to deliver. But, hey, Bruce Wayne running into a debris cloud was pretty badass.

As I’m sure you noticed, superhero movies are extremely popular right now. With the movie market so saturated, I increasingly value “wow” factor in my capes and cowls adventures. Show me something I’ve never seen before.

While Doctor Strange is arguably the most formulaic of all of Marvel’s sometimes flavorless offerings, it does feature some pretty amazing visuals. The mind-bending abilities of our Sorcerer Supreme look fantastic on the big screen and transport you to a new world (including the Dark Dimension, which would be a great name for a heavy metal band).

No, Doctor Strange doesn’t offer much in the way of storytelling variety within the MCU, but its aesthetics are worth the price of admission alone. Think The Matrix meets Inception.

Sure, I have qualms with Marvel’s safe-and-sound, bubble-wrapped low-stakes style. Partially paralyzing Don Cheadle’s War Machine is the closest the MCU is willing to come to actual danger for our heroes. But I dare you to watch this movie and not have a good time.

Civil War is the best example of fan service. It gives audiences everything they want – Black Panther is a badass! Spider-Man is hilarious! Woah, Captain America just made out with a chick! – in the most entertaining way possible. While this does represent of a questionable long-term strategy, it does make for a really enjoyable experience in the interim.

Civil War throws a handful of great stuff at us in one sitting: Cap and Iron Man’s schism is believable and personal, every single cameo knocks it out of the park and that airport scene is perhaps the most fun I’ve had all year (don’t judge me, 2016 has sucked).

The movie also perfectly sets up a slew of future MCU offerings. It’s really impressive how capably the Russo brothers juggled so many different balls at once.

Hey, remember when I said that superhero movies are really popular these days? Well, Deadpool is very much aware of that. In fact, it’s probably the driving force behind its awesomeness.

While Deadpool unfurls in pretty typical superhero fashion, the film delights in eviscerating common comic book clichés. In lieu of a standard meet cute, Deadpool introduces its lead romance in a competition of who had the more traumatic childhood. Instead of the hero showing mercy and maturity, Wade Wilson puts a bullet through the bad guy’s head.

The movie’s self-awareness is its biggest strength and it never misses an opportunity to wink at the audience in hilarious fashion. From the self-deprecating opening credits to the multiple real life references and the unrelenting charisma of Ryan Reynolds, Deadpool nails every beat of its fourth-wall breaking, neck-snapping, wisecracking anti-hero’s hysterical journey. It’s the best kind of parody. 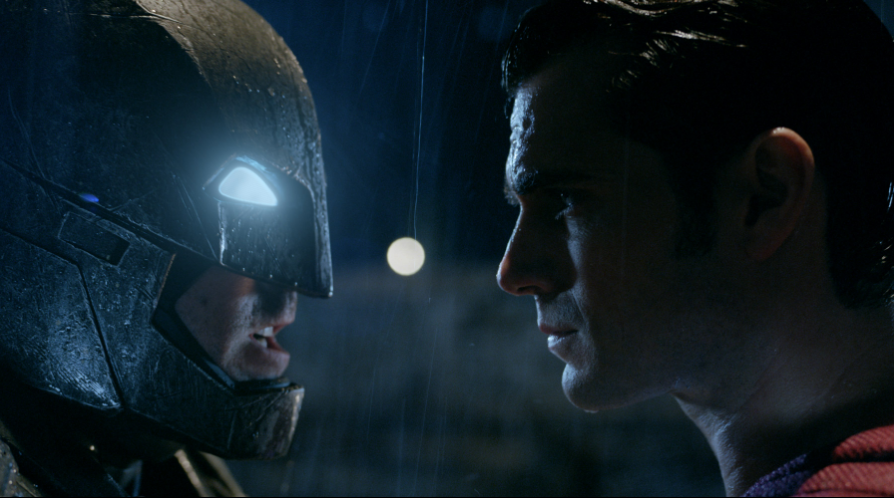