As President-elect Donald Trump rapidly prepares to be inaugurated on January 20, 2017, Democrats appear unwilling to take off the blinders.

Those who do not learn the lessons of history are destined to repeat them.

In the 12 stages of grief, denial comes first, but most grieving people move on. Democrats are still stuck on denial.

They have let their hatred for Donald Trump, and their anger at blowing a three-foot putt of a national election, consume them.

Has even one Democrat offered a concrete proposal to win the white working class voters who delivered the presidency to Donald Trump in states like Ohio, Iowa, Michigan, Wisconsin and Pennsylvania?

The silence is deafening.

Democrats can’t even agree on what the problem is. Mostly, they want to blame others.

The Obama administration knew that the Russian government was likely behind the hacking of Americans to interfere in the election. But they did nothing—until they lost.

Now, Democrats want us to believe that Russia hacking the Democratic National Committee and John Podesta’s email account is the single greatest threat to American democracy in history.

But there is zero factual evidence to demonstrate that Russia singlehandedly swung the election to Trump.

This was a legitimate election.

Blaming Russia is a road to nowhere.

For weeks the Democrats, including Hillary Clinton in her first public remarks since she lost, have been specifically blaming FBI Director James Comey for his handling of the criminal investigation into Clinton’s server. From the Democratic perspective, Comey was wrong to investigate Clinton at all, wrong to criticize her in the press conference where he announced that he would not recommend criminal prosecution, and wrong to notify Congress in October that new evidence needed to be investigated (in the form of Huma Abedin’s laptop).

James Comey did not deliver the election to Donald Trump. Did his investigation play a role? Sure.

Hillary Clinton has only herself to blame, for selfishly creating the private server in the first place, for being cavalier with classified information, for never setting up work email (something no secretary of state had ever done), for opening herself up to foreign intrusion by using unsecured devices overseas, and for shamelessly lying to the public for over a year (as FBI Director Comey testified under oath to Congress).

Liars often blame others when their dishonesty catches up to them.

It caught up to Hillary Clinton—after 30 years of half-truths, untruths, rolling disclosure, lawyerly language and outright lies, in the end 70 percent of voters came to see her as dishonest and untrustworthy. She has no one to blame for that but herself.

James Comey can only investigate criminality when an alleged crime is committed.

Blaming James Comey is a road to nowhere.

So where does this leave the national Democratic Party?

They are in open civil war.

The battle for Chairman of the Democratic National Committee is being waged as a proxy war between a Bernie Sanders devotee and an Obama cabinet secretary, among others.

The U.S. Senate map in 2018 is a horror show for Democrats. They must defend 25 seats, with 10 of them in states that Trump won, four of which he won by wide margins (West Virginia, Montana, North Dakota and Indiana).

Midterm elections in the Obama era were electoral wipeouts for the Democrats, as President Obama’s agenda and the results of his policies were on the ballot, but he was not.

The question facing the next midterm election is whether Donald Trump and his agenda will be a tailwind or a headwind for Republicans.

That depends on how he spends his political capital.

Then he will need to decide what his immediate legislative agenda is.

Can Democrats, many of whom are facing reelection in less than two years, politically afford to oppose everything Trump proposes?

They may think they can now. But the midterms are getting closer every single day.

Judgment comes for all of us. 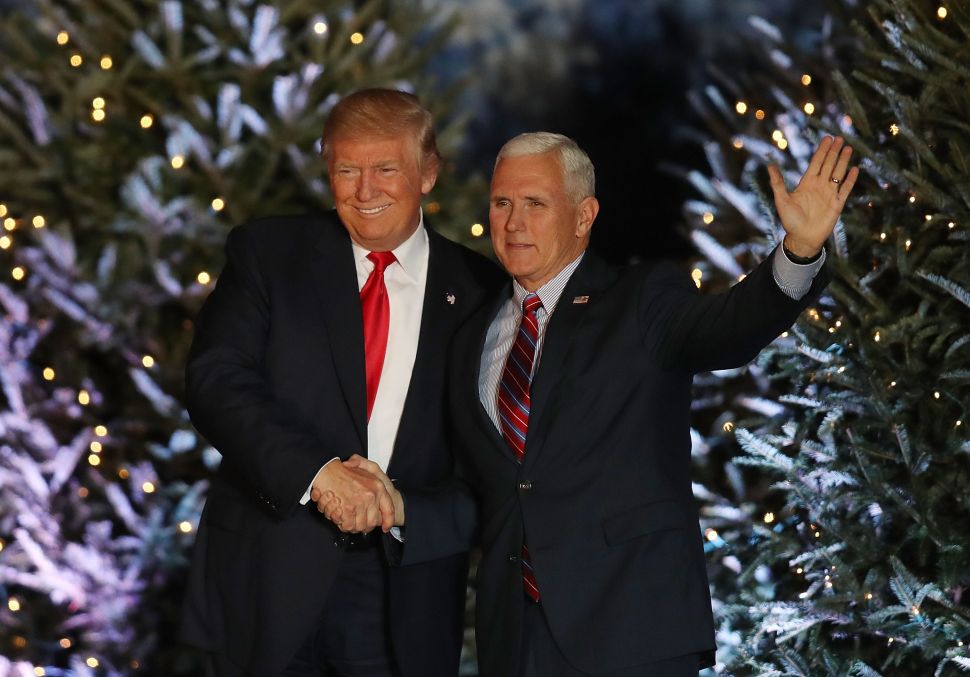