[Previously on “A Millennial Reviews“] 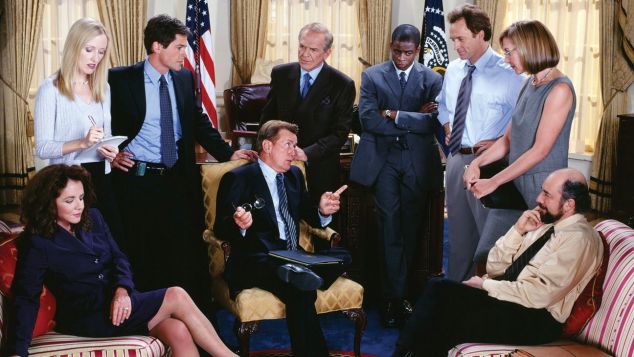 I haven’t written since the election because I have been too depressed to watch television. I looked into moving to Canada, where I assumed I would be welcomed with open arms for some reason, and it turns out it is COMPLICATED. It’s also, frankly, cold up there. I haven’t really thought this Canada thing through. The back of Infinite Jest says it costs $17.99 in the U.S. and $22.99 in Canada, and the back of A Heartbreaking Work of Staggering Genius lists the prices at $13.95 and $21.00, whereas the back of House of Leaves just has a maze, and I threw out MY back picking up all these gigantic books I’ve definitely totally for sure read. What I’m saying is, I don’t understand how money works in Canada and I don’t think I’m gonna figure it out any time soon since my parents wrote me notes to get me out of math class from 4th to 12th grade because of the anxiety caused by my PTSD (Pre Traumatic Stress Disorder).

I was sad about this so I went to the sticky note wall in Union Square where people are fighting back against Trump by writing poems on office supplies and sticking them on the wall of a train station so that all the Neo-Nazis that voted for Trump that live in the East Village area of Manhattan will see them and get their minds BLOWN. I was having a fun time speaking truth to power by filling out an adult coloring book when I started to wonder how this happened. How did we let Donald Trump win? I was out every day of this election doing improv about real issues and reading objective news stories from BrightLisa (a radical feminist think tank by and for people who identify as having weird haircuts). I shared everything I learned with my massive social media following of people who already agree with me and fit into my Facebook algorithm. One time in improv class, I did this great act out where I was stuck in a giant bubble, then when I got out of the bubble I was still stuck inside this hollow chamber where every time I said something, a voice said that same thing back and it turned out it was an echo. The audience of other people who were paying to take improv LOVED it. And yet somehow people missed the message and voted for Trump. It’s unbelievable.

Anyways this guy wearing a Guy Fawkes mask came up to me and started explaining how a lot of Trump voters were influenced by fake writing online. I think that’s what he said, the mask was muffling a lot of what he was saying. Guys, let me tell you, as a serious journalist I am personally disgusted that someone would go on the internet and write something that’s not true. I cried. I cried tears for and on behalf of all the women, POC, and LGBTQ that I throw around in conversation constantly by assuming they all agree with me on every single issue. I cried for Hillary, the glowing plume of iridescent strobe light that I assumed everyone else also saw as a subversive radical (neoliberalism is punk as fuck now). Mostly I cried because I poked myself with one of my safety pins. I didn’t actually know that the safety pin thing was symbolic, by the way, I was just already wearing a bunch of them because my Bushwick apartment is infested with something called bed moths and my clothes are falling apart.

Anyways, when I got home the thought occurred to me that maybe just being an artist wasn’t enough to fight back with. I vowed to start really doing my part and educating myself on the issues so I can get back out there and speak even louder over the next four years. Real political activism, it turns out, is hard work. It’s slow and boring and it has corny music, but it makes a real difference. I did something I know a lot of us talk about but don’t put the work in to actually get done. I watched The West Wing.

About 9 hours into this, something occurred to me. This isn’t a show about cowboys and robots, it’s a show about The White House. Then something else occurred to me. I don’t think I’m the only person watching this show right now. You ever stare up at the moon and wonder if you and Donald Trump are both watching The West Wing on Netflix at the same time? It’s not that crazy of a thought. He makes TV. He hired a guy who produced Suicide Squad. Me and him have probably watched a lot of the same garbage. Not only do I think he watches this show, I think it’s where he gets a lot of his ideas. The signs are everywhere. Martin Sheen plays a super young macho president with thicker, more colorful hair than any president in history. He constantly looks like he’s about to give the speech from Independence Day. Presidents never look like that in real life. They’re always going grey and turning into a warped snapchat filter in the face. I think Donald saw this and thought “that’s what I will look like when I am president,” and then went out and bought a weave and some manic panic. He was either going for Martin Sheen or the guy who played King Koopa in The Super Mario Bros. movie. Actually, King Koopa lived in a huge tower with his weird kids and hated Italian people and was always real grabby with women wearing tiaras. I’m gonna stop thinking about this before I go crazy. It makes too much sense.

So then he sees Rob Lowe’s character, Sam Seaborn and he goes “oh snap, that looks like my homie Paul Ryan!” And Rob Lowe’s character kind of acts like Paul Ryan sometimes too. In the first season he sleeps with an escort and then tries to convince her that her job is bad and then he keeps sliding into her DMs and Instagram stalking her while being simultaneously in love with her and also wanting her whole existence to be illegal. I’m certain that this is how Paul Ryan feels about a lot of men and all drugs. He also is constantly doing something known as “over-frowning.” So Trump probably watched Sam Seaborn give some impassioned speech about wanting to be party planner for the White House Christmas party and went “you know what? I should meet with Paul Ryan about dismantling Medicare.”

What do television shows from the late 1990s and Republican cabinets have in common? There is always exactly one black person awkwardly written into the thing, kind of delirious and confused about how they got there and how exactly they’re supposed to be part of this dynamic. I’m assuming Trump watched a good Charles Young episode and thought “Man I need to have Ben Carson standing around with his hands in his pockets mumbling about some shit he has absolutely no background in to nobody in particular. I’ll make him Secretary of Agriculture. Either him or that rapper who thinks the Earth is flat and gets into Twitter beef with Neil Degrasse Tyson. Tough call.”

I’m assuming his assessment of Allison Janney didn’t go much farther than “she’s got a lot of hair!” and then he played that song from the 1967 music Hair entitled “Hair” and made Jimmy Fallon run his fingers through his hair. Then he appointed Sarah Palin Secretary of Interior because he thought it meant something entirely different. Then he appointed Chris Christie Secretary of Getting Stuck In a Bathtub and then said “psych that’s not a real thing.” The president was on Wrestlemania. These jokes aren’t that far fetched.

I watched this show for hours. I watched Bradley Whitford zing his assistant. I watched Allison Janney compartmentalize her work and her personal life. I watched Aaron Sorkin project his personality onto Rob Lowe. Nothing dark happened. Not once does President Bartlet turn to the camera and talk about murder in a Foghorn Leghorn accent. He never watches pornography on a laptop or has a threesome with the first lady and Charles Young. He just does his job. Orchestral music is constantly swelling as people solve crises and mend relationships. People that deserve to get jobs, get jobs. People apologize to each other constantly. The Real World is a show about people becoming homicidal toward one another while trying to live in a mansion with a pool table. The West Wing is a show where everyone gets along while waging a drug war and appointing Justices to The Supreme Court.

I watch this show and I think “I remember the 90s. It was fun and safe like this. I was a child and there was no 9/11 yet. Maybe people are innately good, deep down. Maybe you can go back.”

Somewhere, in a tower, Donald Trump watches this same show and his head swims with images of himself as president, walking and talking with Steve Bannon about “cucks” and the liberal media. Long tracking shots of them taking corners and grabbing cups of coffee out of the hands of assistants. Jeff Sessions and Michael Flynn exchanging lightning fast Sorkin dialogue about muslim refugees. Elaine Chao compartmentalizing her professional and personal lives. Trump watches The West Wing and thinks “These people are good and so am I. I’m doing a good job. I’m like this. Stories in my White House will end with an orchestral swell, a feel good moment, and white credits on a black background. That’s how it will be when I am president. It’s going to be the greatest. Just like in the 50’s when you could buy milk for a nickel. Maybe you can go back.”

“Don’t Look Back In Anger” by Oasis plays on my Spotify playlist and I pass out on a pile of moths. 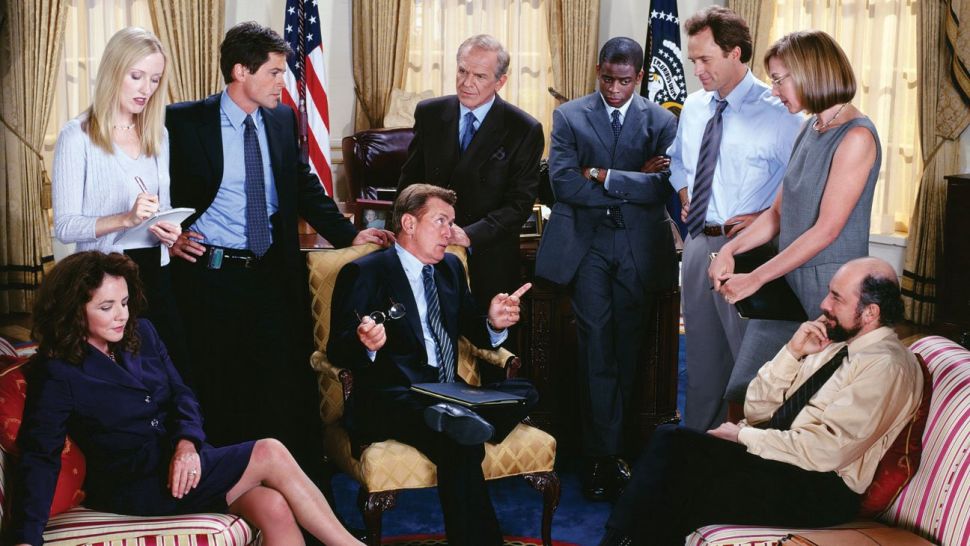