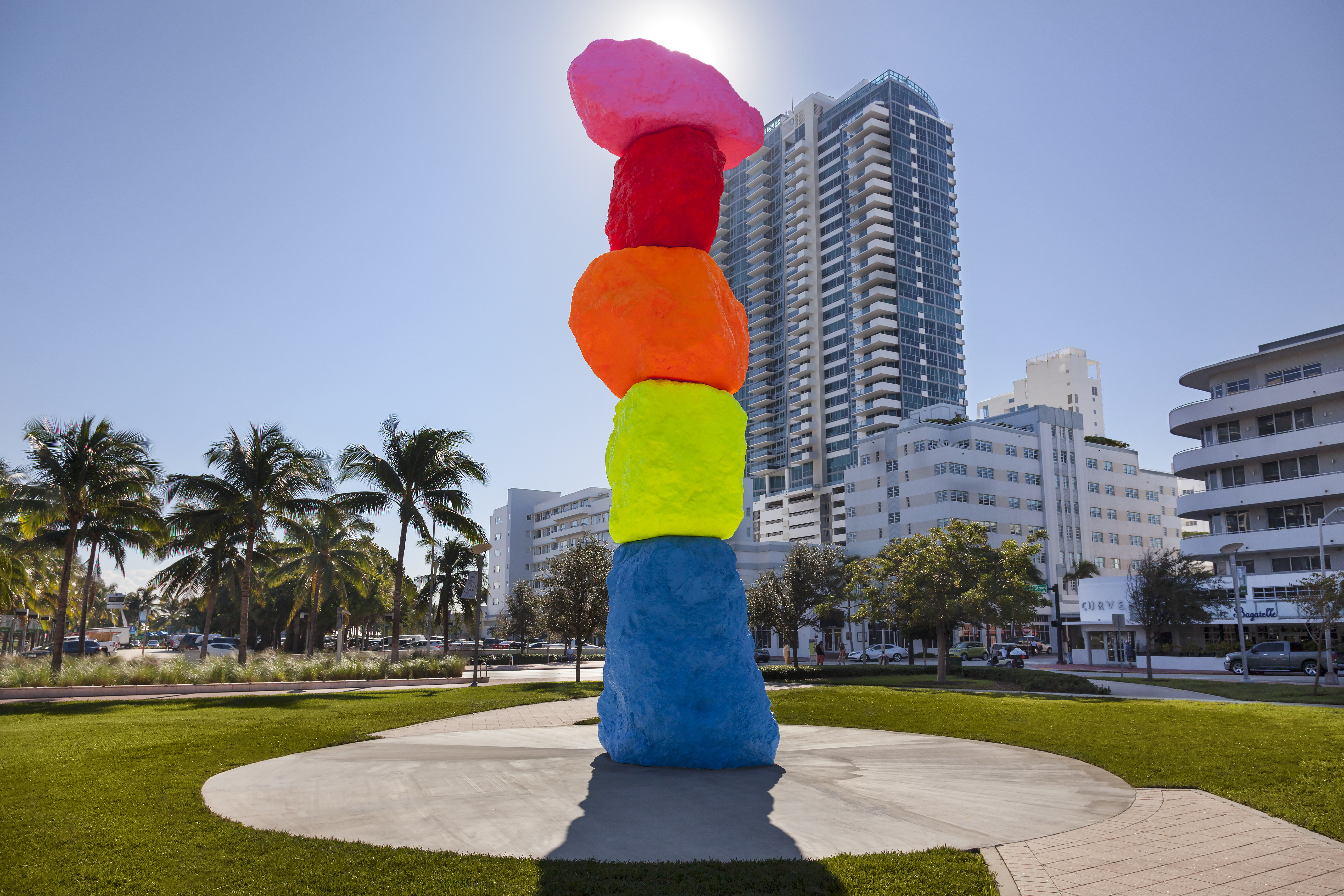 Mountain Miami is here—and it’s not going away. Really. The new multicolored sculpture, installed earlier this month in Miami Beach’s Collins Park and unveiled formally to the public with a small fete last night, is now a Miami resident. Unless, for instance, there was a conceptual artwork that consisted of destroying permanent art or something…just spitballing.

So far Miami residents seem pleased with the new neon edifice, which was commissioned by Miami’s Bass Museum of Art. Last night, some people were trying to climb it, and one man was repeatedly bashing his head into it (an odd way to appreciate art, but to each his own). 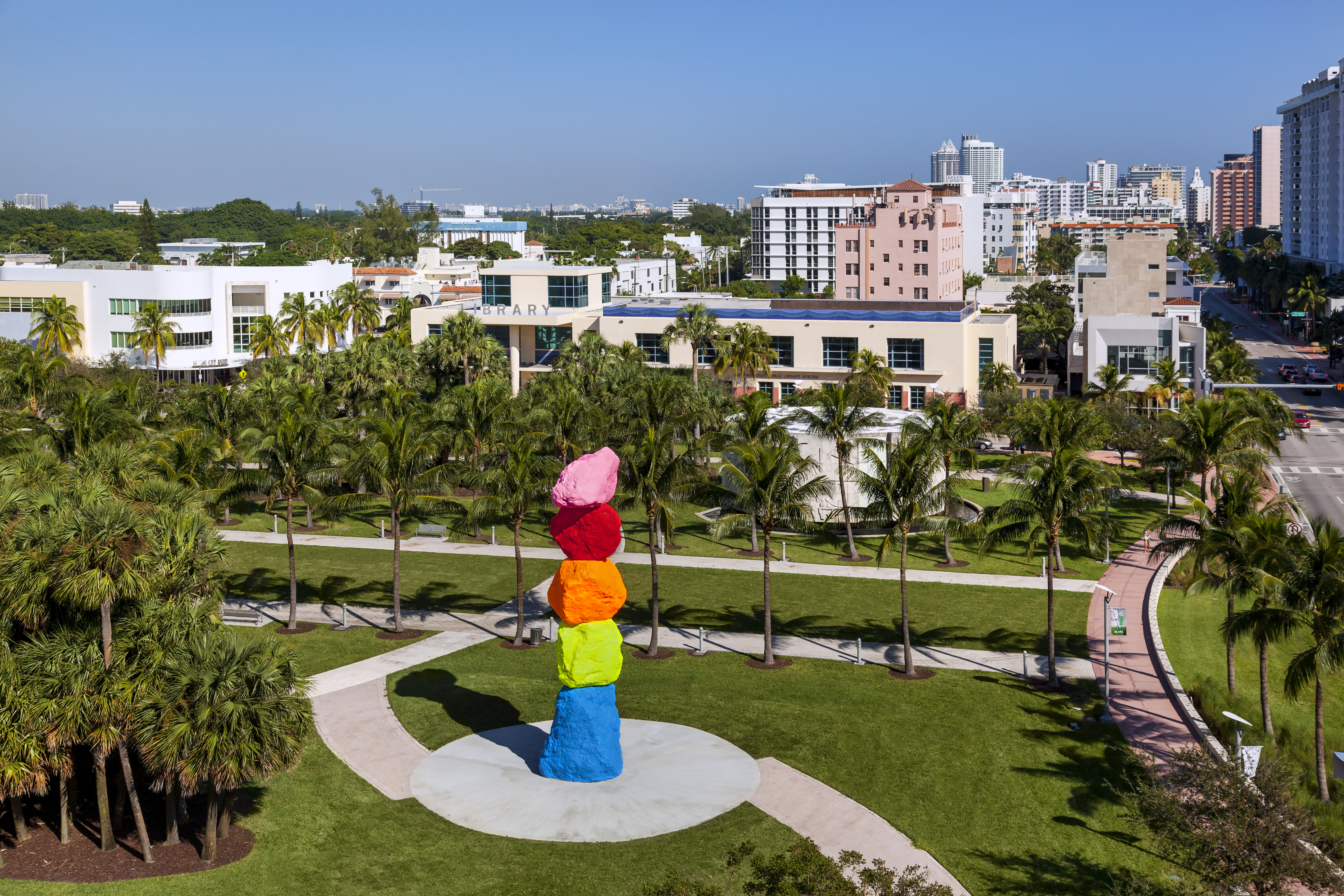 Nearby, Rob Pruitt’s Stretch, Grill and Chill, another part of the Public programming going on in conjunction with Art Basel in Miami Beach, but not commissioned by the Bass, also attracted attention and caused minor confusion. The work consists of a white super stretch limousine with a barbecue in the hood, where a chef makes, well, barbecue. A man wearing a KORN t-shirt was trying to parse it via an explanation from an older Spanish art collector, and eventually they gave up, the demographic and language barriers proving too much.

So what’s the deal with this massive DayGlo assemblage that now dominates Collins Park? Artist Ugo Rondinone and Bass Museum executive director Silvia Karman Cubina said the ambition of the post-Land Art piece was a big part of the appeal.

“After over a year in the making, [the sculpture] is just the beginning of what’s in store for our institution,” Cubina told the Observer via email. “We are looking forward to producing more ambitious projects like this one, larger exhibitions, and more robust programming, very much in the spirit of our city and the Bass’ curatorial vision.” 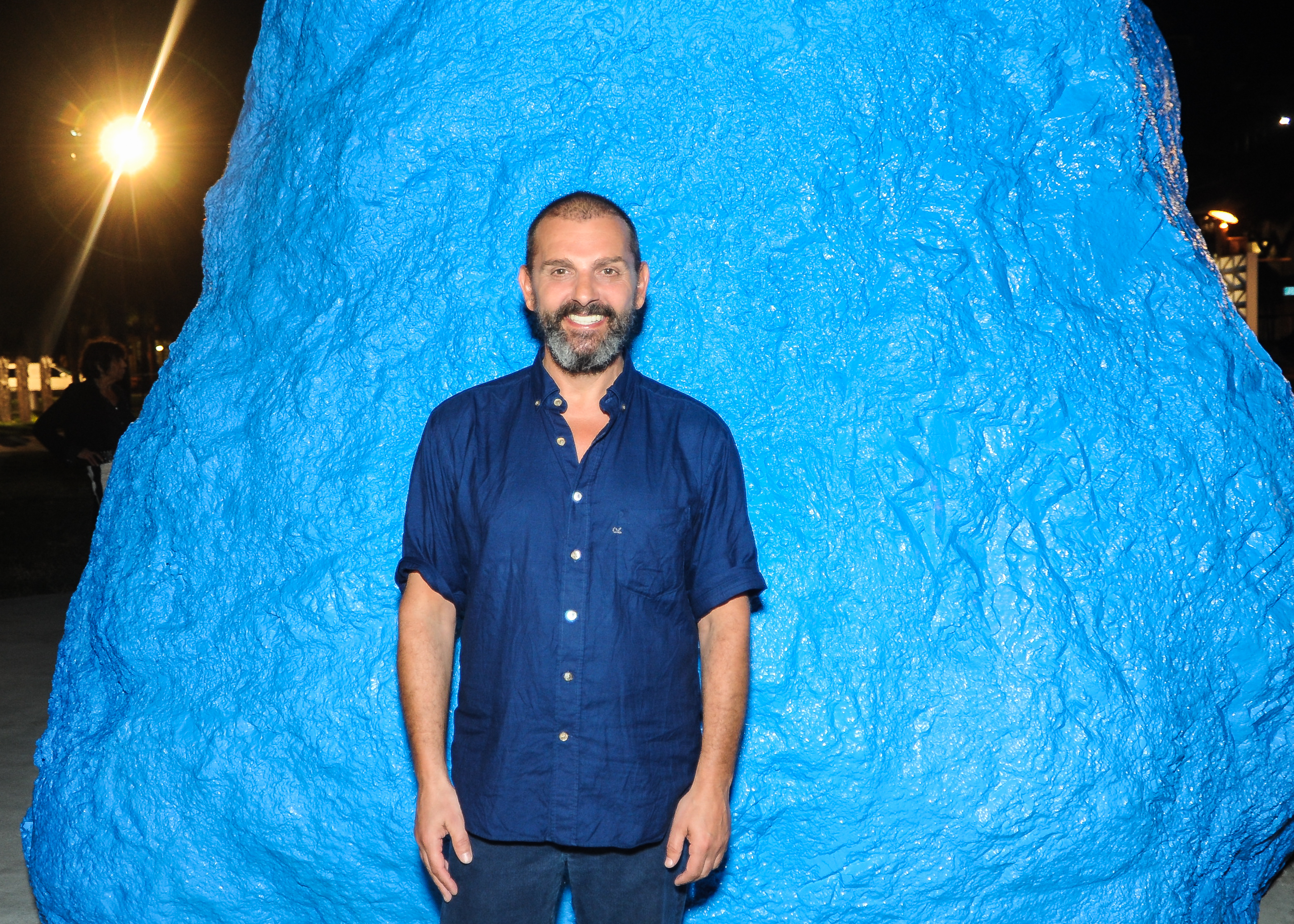 Rondinone said the inspiration for his Nevada sculptures (which are similar in color and formation but slightly shorter than the Miami work) was the contrast between nature and the fabricated world, and the reason he chose to use DayGlo colors for his palette.

“I would use stone with a painted surface, with DayGlo colors…The dynamic of these two [environments] have informed both works,” he told the Observer by phone, referring to interplay between his recent Moutain series and his 2013 Public Art Fund commission for Rockefeller Center titled Human Nature, which featured nine unpainted stone figures that each ranged between 16 and 20 feet in height.”The one wouldn’t exist without the other. The stone mountains wouldn’t exist without the stones in the city. The challenge was to bring the history of land art further. The movement in the late ’60s … they are camouflaging with nature, and I wanted to do the contrary in nature.”

Desert Dream 🌈 thank you to everyone who came out for our #7MagicMountains Grand Opening at sunset!

Fittingly for Miami, the sculptures are also influenced by the beach. “The biggest influence was probably the simple stones standing,” Rondinone said. “It’s universal all over the world. You see on them beach, [like] on Pebble Beach, people just stack and try to balance stones.”

Of course, it’s not all conceptual and high-minded when you’re talking about a 41-foot tower of stones in the middle of a metropolitan area.

“[What is] challenging is the engineering situation, because in the desert there was an earthquake issue and now in Miami there’s the hurricane issue,” the sculptor said.

Yeah, don’t stand under Miami Mountain in a hurricane. You don’t want to be killed by DayGlo limestone. 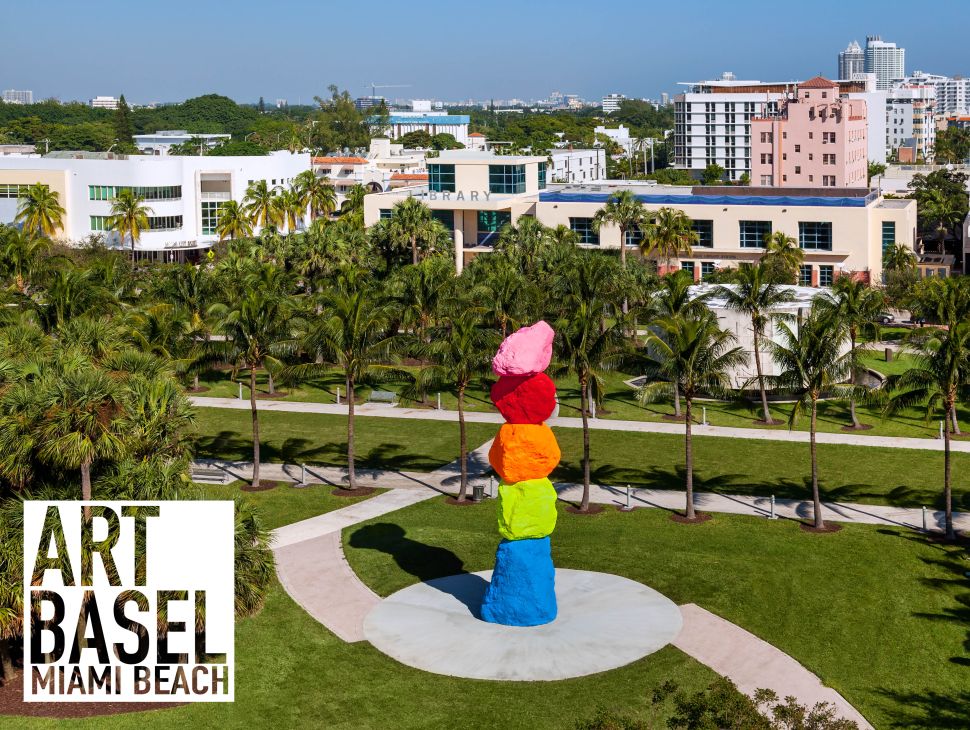