Russia’s ambassador to Turkey, Andrey G. Karlov, was shot in the back and murdered today by a Turkish body guard/police officer while giving a speech at the Contemporary Arts Center in Ankara. As shocked spectators at the event fled, the assassin, dressed in a black suit, white shirt and black tie, shouted “Remember Aleppo” and “Allahu Akbar“(Allah is Greatest), the slogan of the Muslim terrorist.

But this act of war thought will not achieve the objectives of its plotters. On the contrary, it will almost certainly backfire, cementing Turkish-Russian relations and strengthening both countries’ commitment to crush ISIS and al Nusra. It will give Turkish president Recep Tayyip Erdogan more leeway to deploy even stronger tactics to squelch any challenge to his authority and permit Russia to ruthlessly exact punishment in Syria and elsewhere.

Turkish Interior Minister Suleiman Soylu confirmed the assassination details in a press conference held shortly after the assassination took place: The assassin was a 22-year-old active police officer named Mevlut Mert Altintas. He was positioned behind the Russian ambassador during what would be his final speech. It was the perfect position to morder. He carried out his assignment by shooting the Russian ambassador in the back. Altintas then strutted around Ambassador Karlov’s corpse on the floor. He shot several more times in the air before being neutralized, the military euphemism for being killed on the spot.

President Erdogan of Turkey personally briefed Russian President Putin on the assassination. Turkey wants to avoid another crisis between the two countries. In November 2015, Turkey shot down a Russian jet, spurring a crisis between the trading partners that only eased after Turkey formally apologized earler this year.

Interior Minister Soylu announced that Turkish Foreign Minister Mevlut Cavusoglu had just touched down in Moscow when the assassination took place. Turkish Defense Minister Fikri Isik will now join him in Moscow. The Turks are in Russia to participate in a previously scheduled trilateral meeting between Russia, Turkey and Iran on the subject of Syria, which is scheduled to take place on Wednesday.

Ever since July’s failed coup and the attempt to topple Erdogan from his position as president, Turkish police and the military have been subject to a massive purge. One would have thought that after gutting the police force of tens of thousands of Erdogan infidels, the government would have uncovered and arrested someone like Mevlut Melt Altintas.

But the purges/investigations of the Turkish police force were not ISIS-oriented. Investigators instead scrutinized army personnel who had leanings toward liberal democracy and those who may have connections to the Kurds. Investigators were not interested in personnel with Islamic leanings, in fact, it was the Islamists who Erdogan most trusted to secure his personal standing in Turkey.

Erdogan misread a subtle and nuanced situation—and now he will be paying the price for his tunnel vision. Islamists are not mono-dimensional. Yes, they reject the modern state. But they also reject Russian influence in the region and reject Egrdoan and Turkey for joining forces to oust ISIS and al Nusra from the region.

Turkey will now help Russia. And together the two allies will inflict pain and suffering on those responsible for the assassination. Russia needs everyone—in the region and around the globe—to understand that attacking Russia is unacceptable. For Russia, it is about exacting punishment, creating fear and respect. Turkey, on the other hand, just needs to save face. 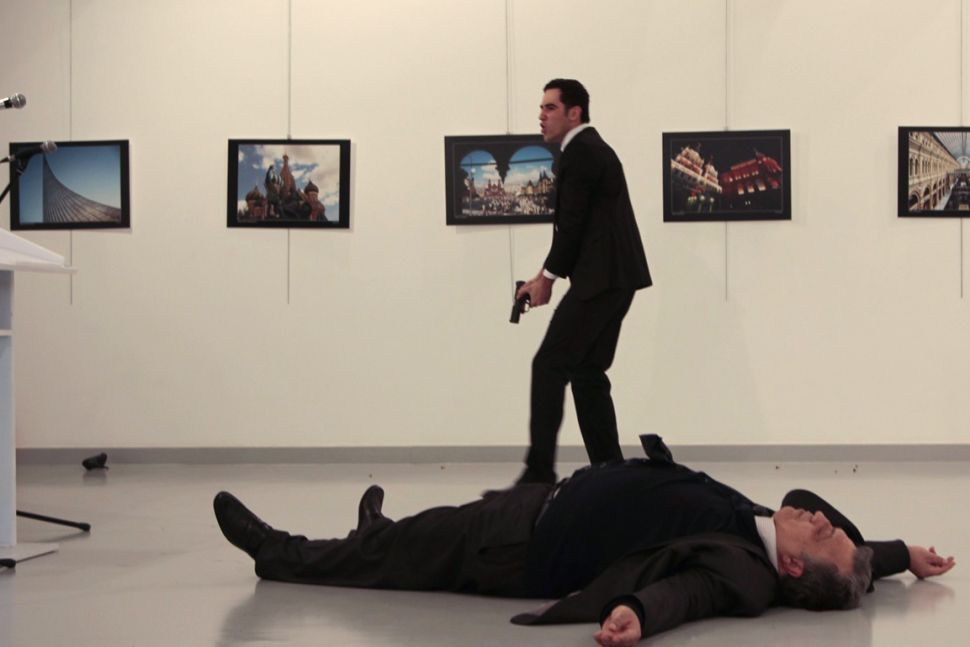