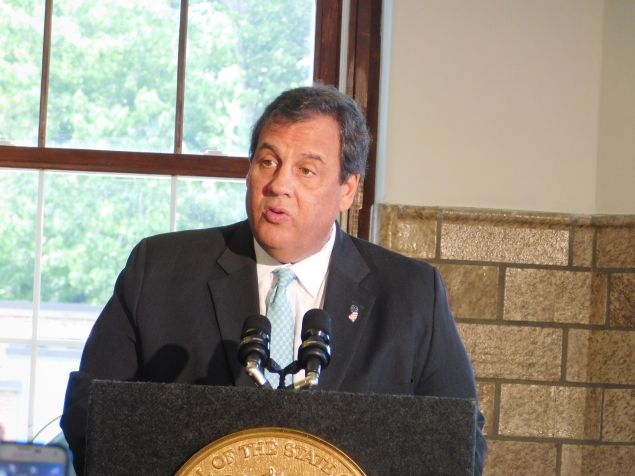 Starting with the new year, New Jersey’s minimum wage will climb from $8.38 to $8.44 an hour. That increase pales next to the proposed increase to $15 an hour that Governor Chris Christie vetoed back in August, a proposal that Democratic lawmakers will likely have to wait until the end of Christie’s term in 2018 to revisit. This week, progressive groups called the six cent increase inadequate for workers in a state with one of the highest costs of living in the country.

While business groups like the New Jersey Business and Industry Association applauded Christie’s veto and characterized the minimum wage as a mere starting point for the inexperienced, liberal think tank New Jersey Policy Perspective called the disparity between the $8.44 and $15 figure a hindrance to ensuring that a majority of workers receive a living wage.

According to a study authored by the group’s Jon Whiten, the new year boost will affect only 2.5 percent of the state’s workforce. The study found that 73 percent of those affected are at least 20 years old, and one in three—32 percent—are at least 40.

“This week, nearly 1 million New Jersey low-paid workers and their families should be celebrating a 20 percent minimum wage increase and a clear path to a livable wage,” Whiten said. “But thanks to Gov. Christie’s intransigence, fewer than 100,000 of the lowest paid workers will see any boost this year. The remaining 900,000 or so will have an unhappy new year as they continue to wait at least another year working for poverty wages.”

Progressive group New Jersey Working Families echoed that sentiment, alluding to the unsuccessful trade-off between legislative Democrats and the governor to allow Christie to profit from a book deal while in office. Those voted would have come in exchange for salary bumps for certain legislative staff and government appointees.

“Poverty in New Jersey is being perpetuated by the poor political decisions of our elected leaders who failed to follow through on their commitment to put a living wage on the ballot, potentially raising the wage for nearly a million workers,” said the group’s political director Craig Garcia. “Instead of fighting for New Jersey’s hard working families, legislative leaders chose to push for a raise for a few hundred political appointees and a pay out for the least popular governor in America.”

Christie’s approval ratings plummeted this year, with a Farleigh Dickinson poll finding him at a mere 18 percent favorability rating after a presidential election in which he went all in for president-elect Donald Trump early in the race and still came up empty-handed when it came time for the real estate developer to dole out cabinet positions.

NJBIA, meanwhile, holds that the 2016 elimination of the state’s estate tax will be a boon to the economy across the board. They pointed to the effect of outmigration due to high property taxes, calling residents’ tax burden a key component of job creation. The estate tax was a key bargaining chip in negotiations between Democrats and the governor during the long standoff over funding transportation projects with a gas tax hike earlier this year.

“Outmigration is still a major issue in the state,” said NJBIA President & CEO Michele Siekerka. “New Jersey has lost a total of $20.7 billion in net adjusted gross income in the last 11 years. This has led to a loss of 87,000 jobs, $4.6 billion in lost labor income and $13 billion in lost economic input.

“The elimination of the estate tax will directly address this outflow.”