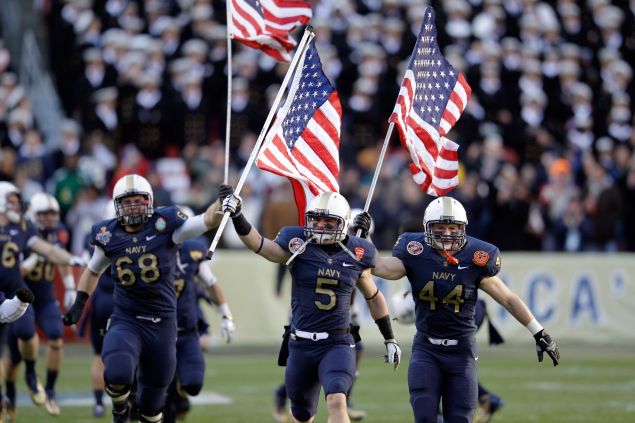 There are few events in American life more inspiring than the Army-Navy game. Broadcasters promote it as America’s Game. Saturday’s upset victory by the West Point cadets over the Annapolis midshipmen was poignant, dramatic, and hard earned. It was the Army team’s first win over their brother-rivals in 15 years; the last coming just after the attacks on 9-11.

The rivalry between Army and Navy is unique. No competition between colleges, companies, or institutions – perhaps not even nations – compares in intensity. From the very first day of plebe summer – when these young men and women trade in their civilian clothes for uniforms, have their heads shorn, and take the oath of office – they realize they’re abandoning a traditional college life and are embarking on something special.

At the Naval Academy, plebes “chop” (move at double speed); with their eyes “in the boat” (staring straight ahead); and make sharp 90-degree turns at every corner. And as they move smartly down the corridors they shout, “Go Navy. Beat Army!” Remarkably, they do this for nearly a full year. Similar traditions rule daily life at West Point, and have for most of the 215 years that have nurtured the Long Gray Line.

The irony, of course, is that this greatest of rivalries is born of mutual respect, shared values, and a common commitment to duty, honor and country. The players on the field, and their classmates in the stands, know that within a very short time frame –as little as a year – many from each side of the scrimmage line will be huddled together on a battlefield somewhere far from home, defending America.

Although there was a momentary media kerfuffle concerning comments about the quality of the football, a more important story was largely missed. The day before the game, the New York Times ran a piece criticizing the Naval Academy Preparatory School (NAPS) as a “back door” for theoretically unqualified athletes. The Times completely missed the story.

NAPS, which is located in Newport, Rhode Island, was created in 1915 to give enlisted sailors and Marines a path to become officers. Selected for their leadership potential, they are sent to NAPS for a year of academic prep work prior to matriculating at the Academy. NAPS still serves that role, but about one-third of its 300 students are recruited athletes. And therein, according to the Times, lies the scandal. (Both West Point and the Air Force Academy at Colorado Springs have similar prep schools.) Recruited athletes, according to the Times, don’t have the same academic credentials as non-athletes.

Perhaps the Times believes that SAT scores are the measure of the man (or woman.) They are quick to suggest that a student who would benefit from an extra year of academic preparation is less qualified to become a military officer. But are they?  About a dozen years ago we learned from top Academy officials that Navy and Marine analysts had looked for correlations between success as an officer and one’s education, experiences, and personal characteristics. It may be surprising to folks who are cocooned inside the New York Times’ bubble that the best predictor  — by far — of success as a junior and middle-grade officer turns out to be participation in sports, particularly team sports.

That the Times never bothered to investigate this is not surprising. What is surprising – indeed discouraging – is that the Times didn’t see the obvious: athletes at the Academies have to take the same courses and achieve the same grades as non-athletes in order to earn their diplomas and commissions.

But “non-athletes” is a misnomer. Every Academy student has to play sports and pass rigorous physical education exams every semester. (To truly appreciate the role and spirit of athletics in the Academies, we recommend the wonderful book The Nightingale’s Song. It opens with the legendary brigade boxing championship between  Jim Webb – later, a U.S. Senator from Virginia – and Ollie North – the Marine colonel who gained notoriety during the Iran-Contra investigation and is now a Fox News commentator.) It is not surprising, therefore, that 92% of the Naval Academy class of 2020 participated in varsity sports in high school; and 72% were captains or co-captains of their sports team. The numbers are almost identical at West Point.

The Times conveniently ignores another dimension of the NAPS-athlete story: affirmative action. Over the last 15 years when the Supreme Court considered the role of affirmative action in college admissions, the most compelling arguments came from the Academy superintendents. They argued that in an armed force that has a disproportionate number of minorities, it is very important to have black and Hispanic officers. 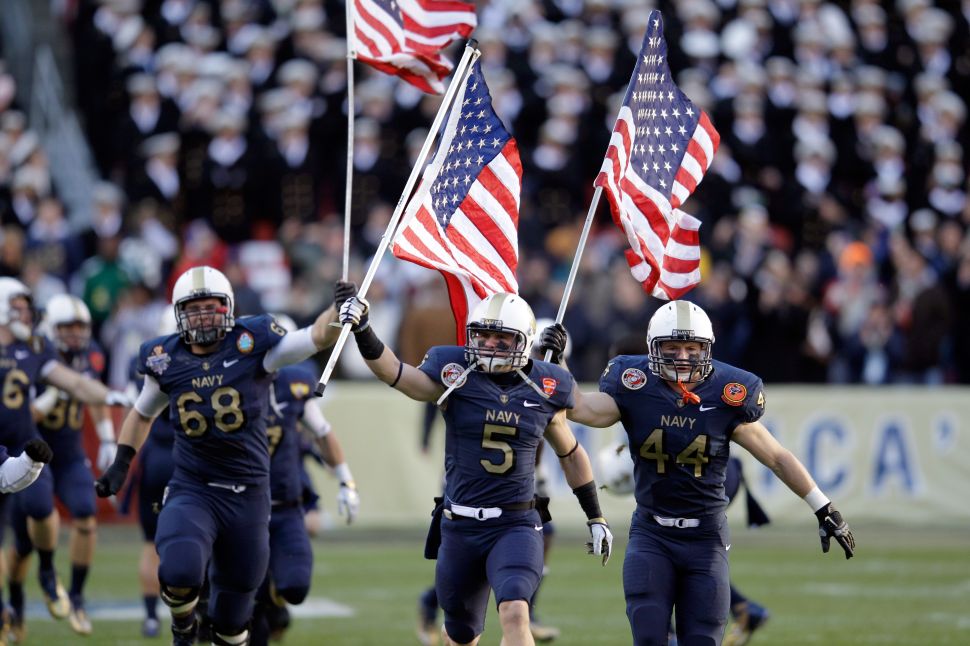